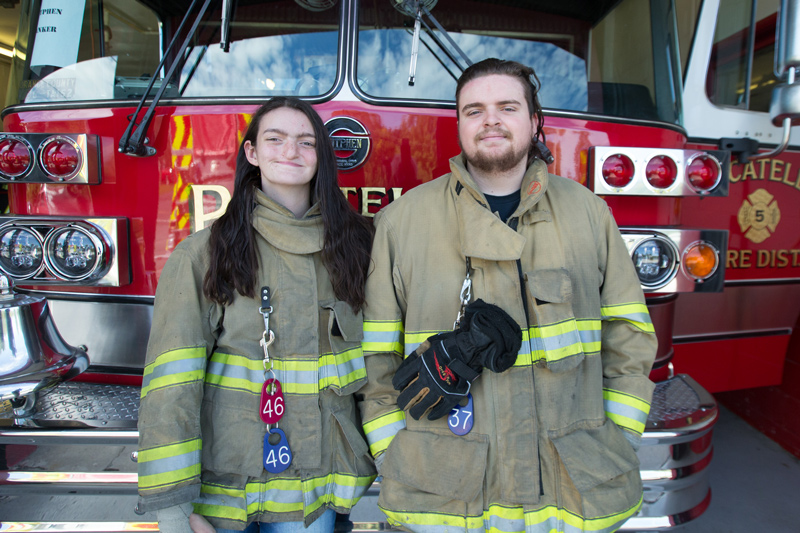 These courageous Middletown siblings are the perfect example of unconditional love.

Just shy of midnight on a Friday in November 2016, Margaret “Micci” McNamara was undergoing a battery of tests in the emergency room of Maria Fareri Children’s Hospital, a member of the Westchester Medical Center Health Network (WMCHealth). Earlier that day, Micci’s physician suggested that she go directly to the hospital after a routine, annual blood test suggested kidney issues. Having determined that Micci’s kidneys were failing, the local hospital advised Micci’s mom, Jennifer, to take her to Maria Fareri Children’s Hospital. There, Pediatric Nephrologist Robyn Matloff, MD, MPH, diagnosed the then 15-year-old Middletown resident with advanced renal failure.

“A kidney biopsy confirmed that Micci was suffering from undiagnosed, congenital kidney failure, due to a structural problem,” says Dr. Matloff. “By the time she came to us, it was too late to save her kidneys. There were only two treatment options: dialysis or transplant.”

Micci’s dad, Ray, immediately offered to donate his kidney, but learned he could not, due to health issues as a former 9/11 first responder. Then, Micci’s older brother, Eddie, stepped up.

It took several months of testing to definitively establish Eddie’s compatibility and to clear him as a donor. On July 20, Gregory Veillette, MD, Section Chief of Hepatobiliary Surgery, performed the three-hour transplant procedure. “Any pediatric transplant is challenging,” says Dr. Veillette. “But there were no issues, and we received a beautiful kidney from her brother.”

Two months after the surgery, Advancing Care in the Hudson Valley checked in with Micci and Eddie to hear their story, in their own words.

When I was going to school before my diagnosis, I was always tired. I’d take naps after school and then do my homework. During dialysis, I’d go to school on Monday and Friday, and had a tutor on Tuesday, Wednesday and Thursday.

I’ve always wanted to be a veterinarian, and now I want to be a dialysis nurse. Being on dialysis meant I had to sit in a chair for four hours, three days a week, with nothing to do but watch TV, But the nurses made all the patients laugh and put smiles on all the kids’ faces. It was pretty cool. Eddie had to convince me (to let him donate his kidney to me) and finally I said, “OK, you know what you’re doing.”

I was born with a cleft palate, so I’ve been dealing with medical stuff my whole life. I learned you have to live with it if you’re going to have a happy life. When I had surgery for my cleft palate, kids made fun of me, but my nana said, “A scar is proof that life tried to knock you down but failed.” My transplant scar is just part of me now.

It’s really important for people to donate their organs after they pass on. I was on the transplant list for six months and only got three offers, none of which were a good match.

Now, I have a lot more energy, and can participate with my classmates in gym class. I’ve enjoyed the ROTC since my freshman year, and I’ve just started my junior year at Middletown High School. Soon I’ll be able to get back to basketball, my favorite contact sport.

People say, “You’re the hero.” But the point I’d like to make is that more people need to donate. I’d rather stress that than talk about what happened to me and my sister.

When I heard Micci had an issue, I said, “Let me get tested.” I just knew that I wanted to do it. Tests, including blood tests, EKG and CAT scans, took a couple of months at The Transplant Center next door to the hospital. I didn’t give it a second thought but I was a little nervous because I’d never had surgery before. It took a couple weeks for them to tell me that I was a match. Everyone explained everything very well. If I had questions, the staff was very knowledgeable.

If someone asked me about donating an organ, I’d say I think they should do it. It’s definitely an important thing to do. I hurt afterward, but it wasn’t as bad as people think it is. My scar is 3 to 4 inches, not super large, and I have three small ones on my side where they did the laparoscopic surgery and inserted drains.

For the most part, I’m fine now. I still have to be careful about lifting heavier stuff, but otherwise, I’m all back together. I’m an ironworker with Local 197, and we do high-rise construction projects. I’m not allowed to lift anything more than about 40 pounds yet, and I’ve still got to take it easy. But my normal movements are fine, and I expect to be back to work in a couple of weeks.

New York State currently has the second lowest number of registered organ donors in the U.S. “The importance of living donation and signing up to be an organ donor cannot be overemphasized,” says Thomas Diflo, MD, Section Chief of Intra-Abdominal and Hepatobiliary Surgery at Westchester Medical Center and Professor of Surgery at New York Medical College. “Even if a potential living organ donor is not compatible with the recipient for some reason, the nationwide exchange program run by the United Network for Organ Sharing can allow kidneys to be swapped so both recipients get new organs.”

The ninth-leading cause of death in the U.S., chronic kidney disease afflicts 31 million people nationwide. “Kidney disease is very insidious. Most people don’t know they have it until their symptomology is severe enough to send them to the hospital,” says Gregory Veillette, MD, Section Chief of Hepatobiliary Surgery. “People at risk — those with diabetes, high blood pressure, or a family history — should visit their primary-care physicians for regular checkups.”