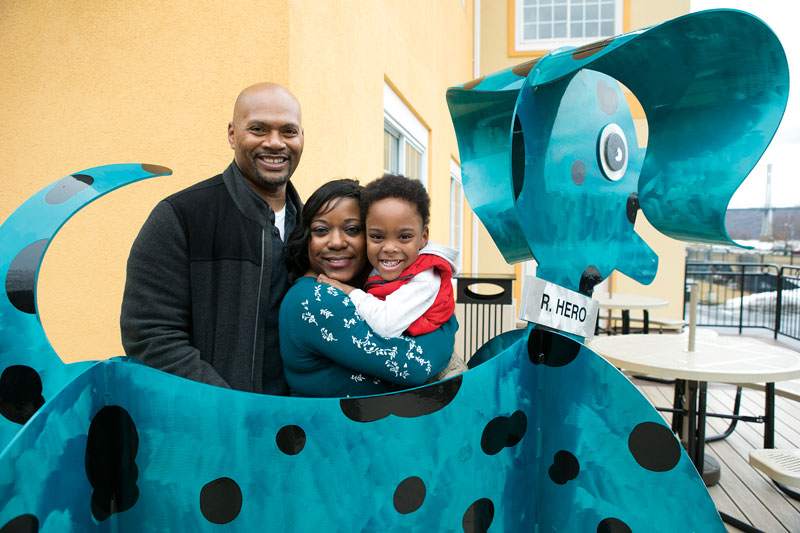 On October 7, 2014, Rhonda Richardson, after 23 weeks of pregnancy, gave birth to son Joshua Latouche at a community hospital. Due to respiratory issues, the 1 lb, 7 oz preemie was intubated and remained on oxygen for the first few months of his life.

“He just needed a little help breathing,” says Richardson. “His lungs were always strong, but every time they tried to wean him off the breathing tube, he didn’t tolerate it very well. I literally lived in the NICU [Neonatal Intensive Care Unit] at the hospital near my home and felt so tired, so down. But whenever I called his name, there was a smile on his face. I thought: If he could smile, who am I to be depressed? He inspired me.”

In January 2015, after repeated attempts to extubate him, Joshua was transferred to the only Level IV Regional Neonatal Intensive Care Unit (RNICU) in the Hudson Valley at Maria Fareri Children’s Hospital, a member of the Westchester Medical Center Health Network (WMCHealth). Shortly after Joshua’s arrival, Tali Lando, MD, and her team performed a tracheotomy and inserted a tracheal tube. In March, Joshua went home without the need for a mechanical source of oxygen. Rhonda and Joshua’s father, Lerone Latouche, were overjoyed. Joshua was finally off the ventilator he had relied upon since birth, and his parents learned how to maintain his trach tube to aid his breathing.

When Joshua was 8 months old, Dr. Lando brought him back to the operating room to examine his airway. She determined that the cartilage ring in his windpipe was so narrow, “it was like breathing through a straw.” To repair the condition, known as subglottic stenosis, Joshua needed airway reconstructive surgery. But it couldn’t be done until he was big enough to harvest cartilage from his own ribs for the reconstruction.

Dr. Lando re-evaluated Joshua’s condition at regular intervals. “Two years is really the youngest age for this surgery,”  says Dr. Lando, “and we wanted to ensure he would heal well. The airway stays reactive and could create bigger problems if he’s not ready.”

Airway reconstructive surgery sounded so scary, Richardson admits. “But I listened to Dr. Lando. She knew what she was doing by making him wait.” 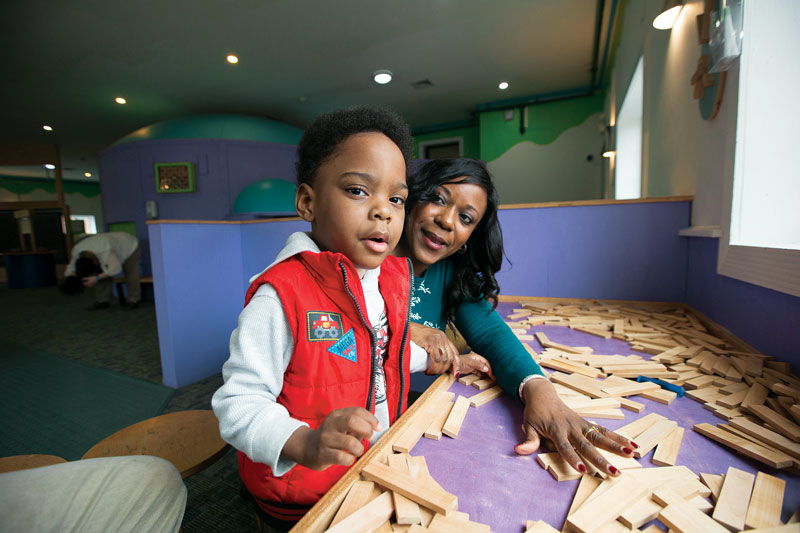 Today, Joshua is a happy and active 3-year-old.

Joshua lived with a tracheal tube until July 2017, when Dr. Lando teamed up with Lianne de Serres, MD, a physician in the department of Otolaryngology- Head and Neck Surgery, to perform his airway reconstructive surgery. “We have been expanding our scope of care and building our team so that more surgeons here can perform this surgery, which takes about three to four hours,” says Dr. de Serres. “You open up the trachea to examine the stenotic area [where the closure is occurring], and, with a harvested piece of rib, create two inset grafts. It’s like sewing two new pieces of fabric into a too-small dress. Joshua was able to get rid of his tracheotomy and become a normal, tube-free child.”

Dr. Lando concurs. “This is the highest level of airway reconstructive surgery for kids, and Joshua was a great candidate. He’s healthy, and his problem was conducive to this surgery. It’s a great outcome.”

A stent was in place for two weeks to allow Joshua’s airway to heal, then it was time to see if his trach could be removed. “We covered the trach and had Joshua walk around, do his thing. If oxygen levels are okay, and he’s functioning normally, it’s okay to remove it,” Dr. Lando explains.

Richardson got “the best birthday present ever” when Joshua’s tracheal tube was removed on her birthday, September 29, 2017. “The months since have been the best months of my life for many different reasons,” she says. “The biggest downside was a delay in his speech. Now, he’s making all kinds of sounds, saying a few words and seeing a speech therapist.”

Today, Joshua is a typical preschooler who rides the bus to school and needs no special care. “He was always an active little boy,” Richardson says. “He never walked; he ran. He likes puzzles and books and loves to watch Sesame Street. And, if there are any instruments around, he’ll get at them; he likes music.”

“Your thoughts and the words you speak are so important, and I embraced the positive,” Richardson says. “You’ve got to trust your doctors, trust medicine and look to a higher power to find peace. A little one is depending on you, and you’re fighting for him.”

Though the team frequently performs less invasive endoscopic airway reconstructions, this more complex level of airway reconstruction “demonstrates that we can successfully provide the full gamut of airway interventions here at Maria Fareri Children’s Hospital,” says Dr. Lando, adding that another child received this surgery two weeks after Joshua. “Our team — which includes close collaboration among pediatric anesthesiology, our operative staff, pediatric ICU and post-operative monitoring — is excellent. It’s not just about the surgeon and the surgery; it’s about the entire team working together to care for the patient.”