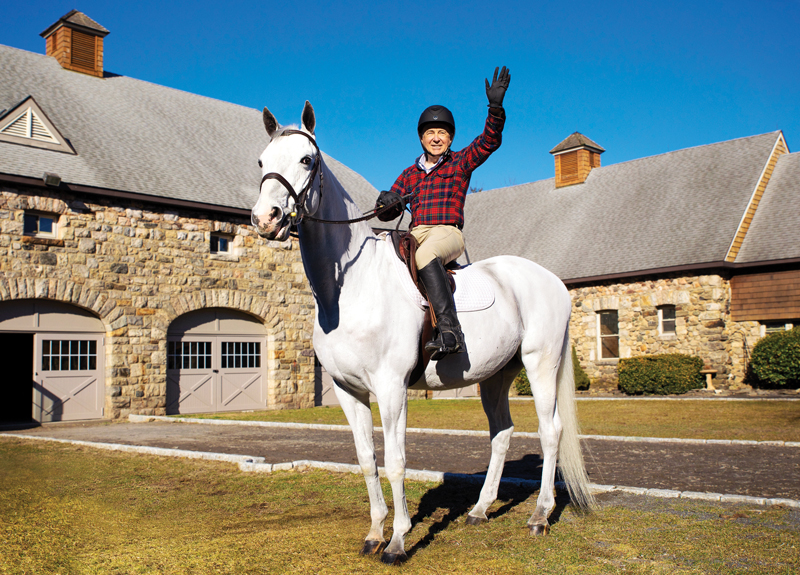 As seen in the May/June 2019 issue of Advancing Care

For Bedford resident Marvin Schwartz, 75, his passion for horseback riding can be traced back to the dawn of another true love.

Schwartz, a senior portfolio manager for Neuberger Berman in Manhattan, has been a horse lover since 1965, when he took up the sport to woo his then-girlfriend, Donna. The wooing did in fact “stick,” as they are soon to celebrate their 50th wedding anniversary. Horseback riding became Schwartz’s avocational passion, and for decades he rode regularly at a stable near his home.

In 2016, he was enjoying a typical early-fall day at the stable with his instructor of many years, Maggie Fiore, who was helping him warm up in the ring.

Performing some small jumps and cantering around the ring, Schwartz and his horse, Darwin, were progressing through their routine.

Halfway through, however, something abruptly went wrong. Slightly beyond Fiore’s line of sight, Darwin came back around, but instead of cantering, he was trotting slowly, which was unusual for that part of the warm-up. Fiore stepped forward, only to see Schwartz hanging off the side of the steed, out of the saddle and unconscious.

If this topic is something you or a loved one might need help with, please don’t hesitate to to reach out by calling 914.909.6900

“I knew something was wrong by the way he fell,” she recalls. She called out for someone nearby to call 911 and ran toward Schwartz. “I called his name and knelt down beside him. He wasn’t breathing.”

Darwin’s seemingly protective instinct toward his rider wasn’t Schwartz’s only stroke of luck that morning. As fortune would have it, Fiore had just completed a third session of CPR training offered by her employer, Morgan Stanley. After helping to free Schwartz, she immediately began working to resuscitate him.

“If Maggie had waited even just one or two minutes, it would have been all over,” reflects Schwartz.

Fiore was quickly joined by Dave Stuber, who was also at the stable that morning. Together, they alternated performing CPR until the police arrived, and shortly thereafter, the ambulance team arrived and took over. 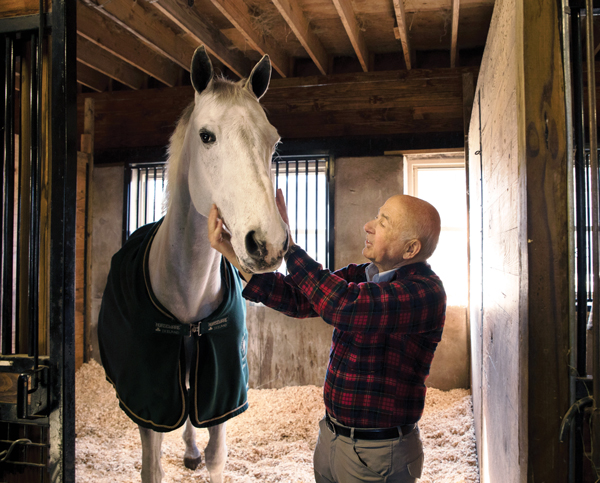 Schwartz finds that horseback riding and caring for Darwin does his heart good.

“Mr. Schwartz initially underwent a hypothermia protocol, which cools the body to preserve brain and cognitive function for a patient who has a cardiac arrest outside of a hospital setting,” says Joshua Melcer, MD, a cardiologist at Westchester Medical Center. “Our team was then able to perform the multiple tests needed to determine the best course of care for his heart.” These tests included a cardiac catheterization, an MRI and an echocardiogram. “Ultimately, it was determined that Mr. Schwartz needed an implantable cardioverter defibrillator (ICD), a procedure performed by cardiac electrophysiologist Jason Jacobson, MD. This ensures that if there is a future arrhythmia, the device can step in and save his life,” Melcer adds.

Schwartz’s son, Charlie, who remained at his dad’s bedside throughout the 11-day hospitalization, recalls, “The doctor came and warned us that this was very serious and that we may not know the full extent of the damage to his heart or brain, or his recovery, for a while.”

Despite the concerning news, he recalls that “everyone at Westchester Medical Center was so impressive, from the doctors and nurses to all of the people who were working around us. Even though there were other patients, they made us feel special,” recalls Charlie. “We were always hopeful.”

Finally, after five days, the Schwartz family got the sign they were waiting for. “Dad started responding to our voices, squeezing our hands,” Charlie says. Schwartz was awake and alert.

“Once I woke up, I was so impressed.” says Schwartz. “My experience was truly amazing. I was blessed with excellent care.” Up and working in his hospital bed by day seven, Schwartz was back in his Manhattan office in under three weeks. 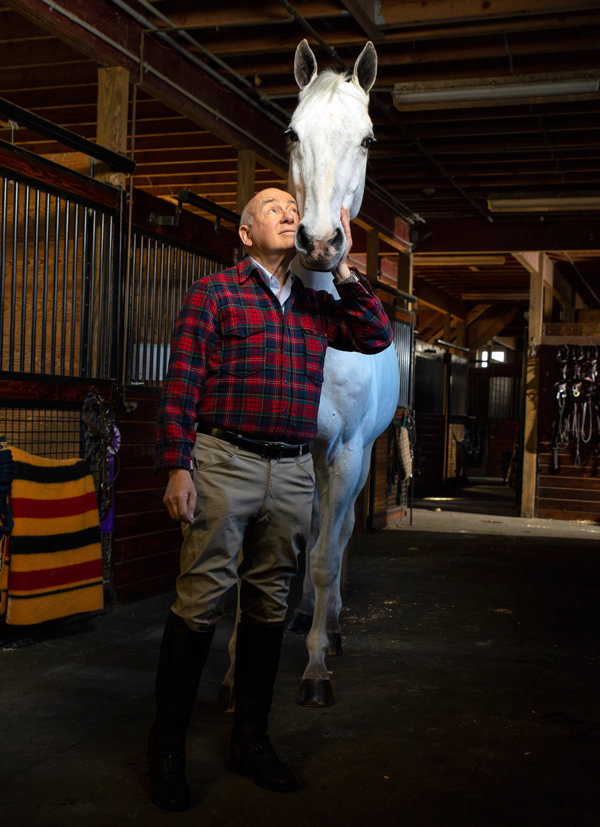 “I cannot stress enough how fortunate Mr. Schwartz was,“ says  Julio Panza, MD, Chief of Cardiology at Westchester Medical Center, who was also in charge of the CCU that day. “The early intervention of CPR, the ambulance arrival with a defibrillator, the quick transfer from a community hospital to our academic medical center, where we could care for him properly, all contributed to a successful outcome.”

As for Fiore, her key role in saving his life was not lost on Schwartz. He even sent a letter to the CEO of Morgan Stanley, raving about his lifesaving friend and also thanking the company for offering CPR instruction.

As soon as he was cleared, Schwartz was back in the saddle with Darwin. “He is still the right horse for me and riding him does my heart good.”