A Cancer Patient Finds a Home Away From Home 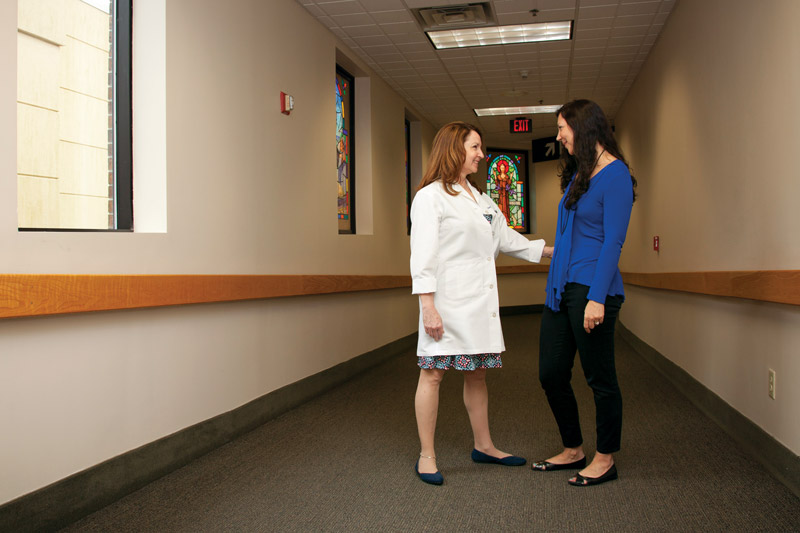 When she got a breast cancer diagnosis with her family far away, a frightened Falicia Chance found a support system at the Redl Center for Cancer Care.

One Sunday evening in February 2012, Falicia Chance, discovered a lump on her right breast. Chance, now 37, was always aware that she might get breast cancer someday. With a strong family history of the disease, afflicting both of her grandmothers and an aunt, she was vigilant about doing self-exams.

Suddenly, what she had long been preparing for became a real possibility. “The lump was big – about the size of a large marble – hard and painless,” says the Walden resident. “I already knew all the signs, so I thought, Well, here we go.” The American Cancer Society says that most malignant lumps are hard and painless but that some may be painful.*

Despite her many years of emotional preparedness, when Chance’s breast cancer diagnosis came on a cold, dreary winter day, just four days after finding the lump, she found herself lost in a whirlwind of anger, confusion, shock and sadness. “I felt like I was just starting my life; I was really thrown for a loop.”

Young women with breast cancer face unique challenges that can cause extreme anxiety, like the possibility of early menopause, concerns about body image, and potential effects on fertility. Chance’s struggle was even tougher. As an only child whose parents had recently relocated to the West Coast, she and her boyfriend, Eugene, were on their own in New York. Studies have shown that younger women with breast cancer experience more positive health outcomes and improved body image with a strong social-support network, but Chance’s network was on the other side of the country.**

Fortunately for Chance, she found what she would affectionately come to refer to as her “second family” at the Redl Center for Cancer Care at MidHudson Regional Hospital, a Member of the Westchester Medical Center Health Network (WMCHealth). The “matriarch” of that family was Chance’s patient navigator, Diane Froman. “I first met Diane the day I came in for my appointment with my surgeon, Dr. Robert Frisenda, which was the same day I was diagnosed,” recalls Chance.

Froman, who has worked as a registered nurse since 1985, became certified as a breast-care nurse and patient navigator in 2010, a role that has prepared her to expand her care to cover the entire spectrum of breast-care nursing. She is an invaluable resource to cancer patients, providing support, education and guidance. “The patient and caregivers can call me anytime for any reason,” says Froman. 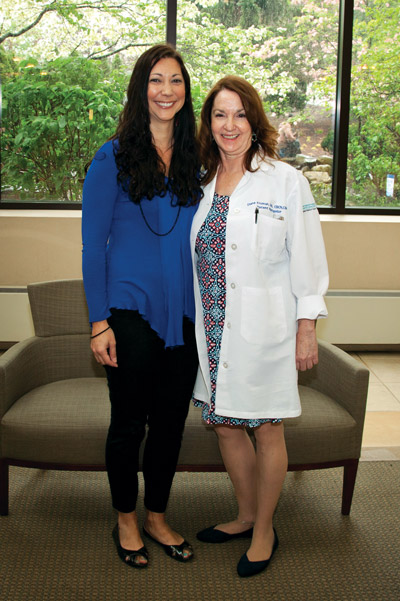 Froman was at Chance’s side from the moment she was diagnosed with breast cancer.

Receiving a breast cancer diagnosis can be like traveling to a foreign country, and Froman works as a guide of sorts. “I’m at the patient’s side from the moment they’re diagnosed, and I’m available to them into the survivorship phase of their care,” says Froman.

Her job encompasses day-to-day support, like coordinating all the patient’s care with the hospital’s team of surgeons and various physicians, mapping out their treatment plan, scheduling appointments, and reminding the patient where and when they have to go. Perhaps more important, Froman is also available for emotional support, as well.

“It’s a difficult and intense situation for the patient, and it’s easier for them if I’m there for them,” says Froman. “Distress from a cancer diagnosis and treatment can be related to numerous things. I assure them certain reactions are ‘normal.’ I also provide patients with appropriate referrals when they need it.”

Froman travels with her patients to all areas of the hospital. She can be found sitting with them while they receive their initial diagnoses and during various doctor visits. She will hold their hand in the operating room before their surgery, be there to greet them when they wake up in recovery, and spend time with them at the infusion center while they receive chemotherapy.

But Froman’s work goes way beyond just the patient’s voyage. She interacts with their family and support system — children, spouses, anybody — to offer her care. “Oncology is such a complex field. It affects not just the patient but also their entire family,” she said.

Chance firmly believes that Froman and each staff member she encountered were instrumental in supporting her on her long journey from diagnosis, to surgery, to the challenging five-month regimen of strong chemotherapy. “They were all there for me in some capacity. They’ve seen me laugh, and they’ve seen me cry. They even called me on my birthday and sent a wedding gift!” Eugene and Falicia were married in 2013.

Now fully recovered and in good health, Chance doesn’t get to see Froman and her caregivers as much, but their love and support is never far from her heart.  One of Chance’s most prized possessions is a necklace that her “second mother” gave her. Emblazoned on it are Froman’s words that have offered comfort and strength to Chance, as well as hundreds of other patients: “One day at a time.” •