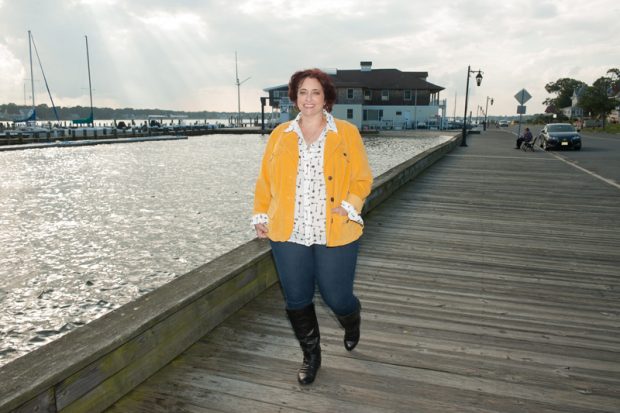 Severe migraines made Staci Tom’s days a chore. Now, thanks to Westchester Medical Center Headache Specialists, she’s living her life — and loving it.

For most of us, life can sometimes be a pain. But for Staci Tom, life was constant pain – the 49-year-old, from Toms River, NJ, suffered excruciating migraines on a daily basis. “The headaches first began when I turned 16,” she recalls. Each one, she says, would follow a predictable pattern: “I would get ringing in my ears, and I’d go ‘Oh, no,’ and then the aching would start,” she explains.

As the years passed, Tom’s occasional migraines grew more frequent. “I did some college, but whenever I got stressed, the headaches would come on more,” she says. She left school and entered the labor force, but more stress — and medical crises — followed. While working as a fire-department dispatcher, she landed in the ER twice with migraines. At a subsequent job, a persistent headache sidelined her for 17 days. She married an understanding man and had three children, “But the last couple of years were so rough,” she says. “I’d do everything I needed to do by noon, then go to bed.”

These days, though, Tom is headache-free from morning until night. It’s all thanks to a life-changing operation she had at Westchester Medical Center (WMC), the flagship of the Westchester Medical Center Health Network (WMCHealth). The detailed surgery, which lasted five hours, decompressed the nerves in her head that were triggering her agony. “This is one of those new, dynamic fields in medicine,” says Kaveh Alizadeh, MD, FACS, who performed the procedure.

In addition to being the hospital’s Chief of Plastic and Reconstructive Surgery, Dr. Alizadeh co-founded Westchester Medical Center Headache Specialists in October. “We’re really bringing together a group of experts in the field,” says Dr. Alizadeh, whose multidisciplinary team includes internists, neurologists, and even psychiatrists. The new center provides the most comprehensive care to headache sufferers in the New York Metropolitan area.

While surgery is never a first resort for treating migraines, in Tom’s case, says Dr. Alizadeh, “She had already been to a lot of different doctors and on a lot of different pain pills.” Drugs and nerve-blocking shots helped her at first but would inevitably lose their effectiveness over time. Even visits to the ER didn’t always help: “ER’s are noisy, bright places – exactly the wrong environment when I had a migraine,” Tom explains. She would end up on a morphine drip, a hoodie shielding her face from the light. Worse yet, “A couple of times the doctor would think I was only there for the drugs and tell me to take a Tylenol and send me home crying,” she says.

Dr. Alizadeh decided that an operation might give Tom the relief she’d sought for more than three decades. It was a conclusion reached after analyzing several factors: her migraines’ frequency and severity, their effect on her quality of life, her suboptimal responses to prescription medications, and the identification of several trigger points — spots inside Tom’s head where nerve compression seemed to bring on headaches. “I would say that 10 percent of patients who are chronic headache sufferers are eligible for a surgical solution,” says Dr. Alizadeh. Tom, he ultimately determined, was among this small group. 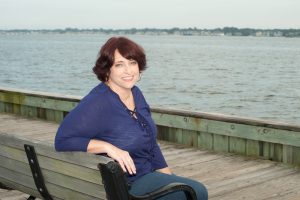 Staci Tom, who lives near the Jersey Shore, came to Westchester Medical Center Headache Specialists for help and is now pain-free.

To help bring her lasting relief, Dr. Alizadeh performed a finely detailed procedure. “We tracked the nerves as they came out of her brain and made their way to her forehead, the back of her neck, and other areas. We decompressed them along the way,” he says. Sometimes, the nerves were right by a bone; other times, they were near an artery or a muscle.” Similar to carpal tunnel surgery, the procedure Dr. Alizadeh and his team used minutely widened the entrances through which these nerves traveled, relieving any pressure points on them and giving them more freedom to transmit signals properly.

“I had been nervous about having surgery on my head,” Tom says. But upon consulting with Dr. Alizadeh (she had been referred to him by a pain specialist), she felt at ease. Tom’s opinion of Dr. Alizadeh and his skills were even more glowing after her surgery. Although the procedure had meant getting small incisions at her temples, above each eyelid and over one ear, “Dr. Alizadeh is a great plastic surgeon, so you don’t really see the scars,” she marvels. (A larger incision in the back of her head is covered by her hair.)

It was a small price to pay for what Tom received: a life that’s largely pain-free. “I didn’t have a headache for six months after the operation,” she shares. “Finally, my husband and I were driving home from visiting our daughter, and I felt a headache coming on. I started to cry. I took two Motrin tablets, and the headache went away. I started crying again, hitting my husband, saying, ‘Can you believe this? It’s gone!’”

What has remained is her awe of Dr. Alizadeh and his staff, and her gratitude for the way he has improved her days. “Who else can say to someone: ‘You have improved my life 95 percent’? It’s such a huge amount. If you suffer the way I suffered, you’d know what it would mean to not have a headache again. It’s a dream.

“This procedure changed my life. In a way, it saved it,” Tom concludes.

Migraines By the Numbers

12 – Percentage of the U.S. population, including children, who get migraines

10 – The number of seconds between ER visits somewhere in the U.S. due to migraines

3 – Where migraines rank among the world’s most prevalent illnesses