A Reunion of Pediatric Champions 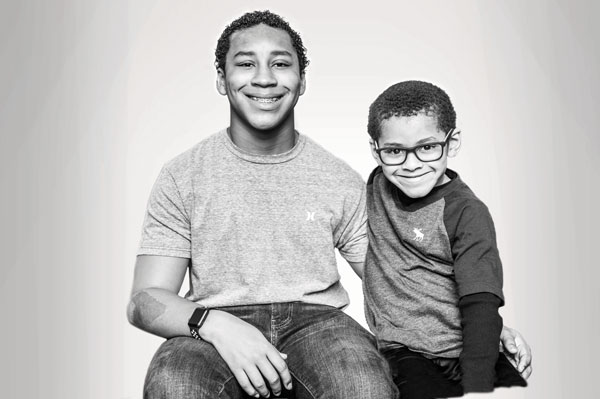 In honor of #ChildrensHospitalsWeek in March, Maria Fareri Children’s Hospital, the children’s hospital for the Hudson Valley and Fairfield County and a member of the Westchester Medical Center Health Network (WMCHealth), recently held a Champions Reunion. The gathering honored nine pediatric patients chosen by Children’s Miracle Network Hospitals to act as ambassadors over the past 13 years, representing the state of New York and Maria Fareri Children’s Hospital, following their care. Patient families, hospital staff and community partners all joined the celebration.

“The Children’s Miracle Network Hospitals Champions program has allowed our hospital to honor the courage of our pediatric patients in the face of significant medical challenges and to highlight the skilled and personalized care our expert physicians and nurses have given to these children and their families throughout the years,” said Michael Gewitz, MD, William Russell McCurdy Physician-in-Chief and Chief of Pediatric Cardiology at Maria Fareri Children’s Hospital. “We are proud to share our Champions’ success stories and to be a part of their continued health.”

In August of 2016, brothers Eli and Shane Williams (pictured above) were riding in a UTV, a three-seater off-road vehicle, in front of their Sullivan County home. Despite their parents’ instructions to the adult in charge, the boys were not made to wear safety belts or helmets. So, when the vehicle accidentally hit a neighbor’s mailbox and flipped over, they were ejected nearly 35 feet.

Shane sustained third-degree burns, a broken nose and orbital fractures in his right eye, while Eli suffered third-degree burns over 11 percent of his body. At Maria Fareri Children’s Hospital, the boys underwent numerous surgeries, procedures and skin grafts to help heal their wounds. Today, Shane and Eli are doing great. They love to play basketball and video games and enjoy spending time with their family. 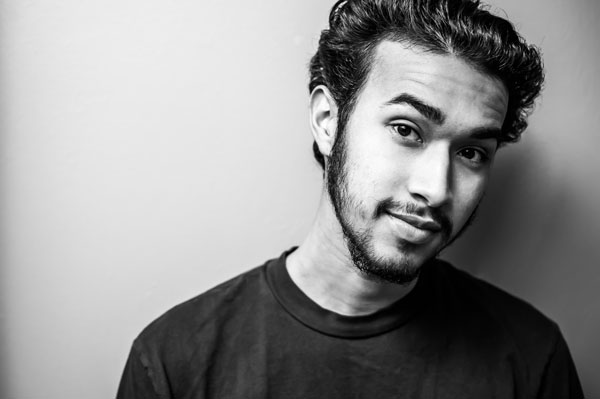 An avid athlete, Ryan Reyes was diagnosed with non-Hodgkin’s lymphoma in June 2013. He then was cared for by the Hematology, Oncology, and Stem Cell Transplantation team at Maria Fareri Children’s Hospital. Ryan discovered an unexpected passion for art during his six months of chemotherapy treatment at the hospital, and working with the hospital’s board-certified art therapist, Ryan’s artistic talents blossomed. He was the winner of the 2014 White Cloud Tissue Box Design Contest, and it was the art portfolio he created in therapy that secured his admission to the High School of Art and Design in New York City. In remission for four years, Ryan is the recipient of a three-year scholarship to Pratt Institute. 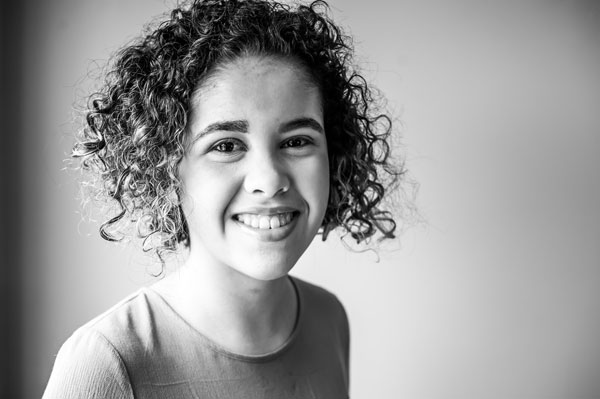 When the left side of her daughter’s face began to droop and she lost mobility in her left hand, Sophia Mercado’s mother, Melissa, brought her to a local community hospital, where she was told her daughter had bleeding in her brain and needed to be transferred immediately to Maria Fareri Children’s Hospital. Diagnosed with arteriovenous malformation, a tangle of abnormal blood vessels connecting arteries and veins in the brain, Sophia underwent intensive brain surgery. She went on to write a book about her medical journey. Sophia, who also has epilepsy, had her fifth brain surgery in April 2017. Determined to enjoy life to the fullest, the 10th grader spends her downtime laughing and connecting with her friends via FaceTime. 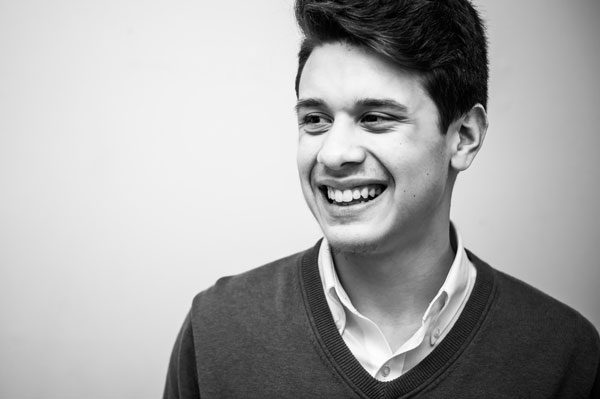 Struggling with a failing liver since age 6, Tyler Mejorado received a liver transplant at Maria Fareri Children’s Hospital at age 10. Coincidentally, his surgery was scheduled for the same day as the hospital’s 2011 Go the Distance Walk and Family Fun Day. As the surgery team prepared for his transplant, Tyler – with his doctor’s permission – fulfilled his wish to participate in the charity walk. As Tyler crossed the finish line, his doctors and nurses cheered him on, ready to help him begin an improved life with a new liver. Inspired by her son’s experience at Maria Fareri Children’s Hospital, Tyler’s mother, Milinda, went to nursing school and now works in the hospital’s Pediatric Intensive Care Unit. 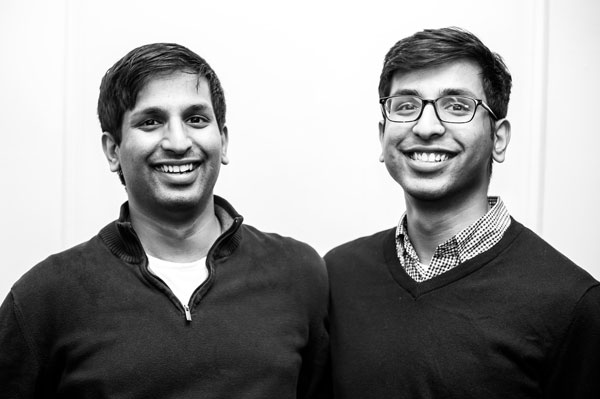 In November 2004, Jason Varghese developed a viral illness that triggered Wilson’s disease, an inherited condition, which soon led to liver failure. He underwent an emergency transplant at Maria Fareri Children’s Hospital. Unfortunately, Jason’s body rejected the new liver, but another organ quickly became available, and his second transplant was a success. When Johnson also tested positive for Wilson’s disease, he was placed on medication to prevent liver failure. Following a severe allergic reaction, his medication was changed, and a transplant remained unnecessary. The twins found comfort in each other and in Maria Fareri Children’s Hospital’s Child Life and Creative Arts Therapy program. Today, Johnson is chief scribe for a hospital in Connecticut, and Jason works in business development in Boston.

In 2009, Frankie Flora, then 5 years old, was attacked by a dog and within minutes suffered 100 lacerations to his head, face and hand. He was flown by helicopter to Maria Fareri Children’s Hospital. His mother was told by the attending plastic surgeon on duty that his was one of the worst maulings he had ever seen, with large sections of his scalp, as well as his right cheek, missing. It took three surgeons nearly eight hours and more than 1,000 stitches to close Frankie’s wounds. Having undergone more than 35 procedures to date, Frankie, now 13, loves playing video games and participating in Children’s Miracle Network Hospitals’ fundraisers. 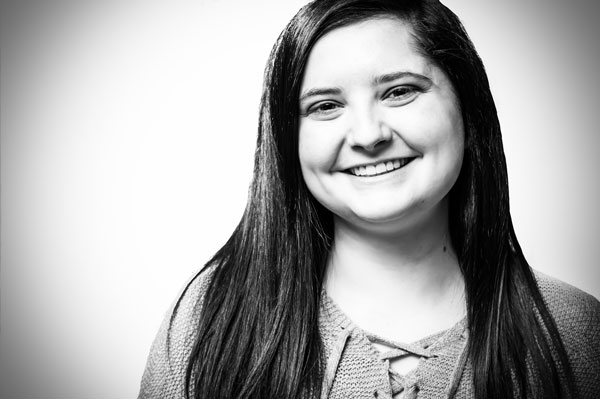 Samantha White was diagnosed with mitral valve insufficiency when she was 3 months old. She underwent a cardiac catheterization at age 6, after echocardiography revealed an anomalous left coronary artery from the pulmonary artery (ALCAPA). Following a successful open heart surgery at Maria Fareri Children’s Hospital, Samantha continues to be monitored by cardiologist Michael Gewitz, MD, William Russell McCurdy Physician-in-Chief and Chief of Pediatric Cardiology at Maria Fareri Children’s Hospital. She still has some mitral valve regurgitation, which is controlled by medication. A 2017 graduate from Eastwick College with a degree in cardiovascular sonography, Samantha says, “There are not enough word to express my gratitude to every person I have crossed paths with during my time at Maria Fareri Children’s Hospital.”