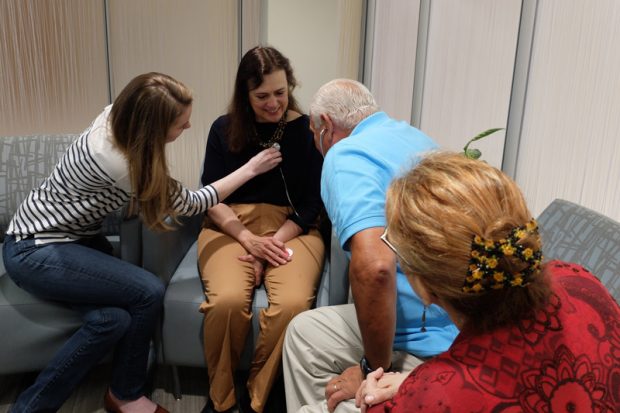 Sixteen months after receiving a new heart, a Harrison mother meets the family of her donor.

Within the span of 16 months, Harrison resident Elisabeth Kepley, 57, became both a donor-heart recipient and a competitive triathlete. Her journey toward healing, however, began more than a decade ago.

“It almost took me out,” says Kepley of her Stage 4 non-Hodgkin’s lymphoma diagnosis in 2006. “My organs were shutting down, and I was very sick,” recalls the single mother of three.

“Ten years later, though in remission, I learned that the chemotherapy used to treat my cancer had nearly destroyed my heart.”

In fall 2016, Kepley was visiting her son in Colorado when her heart began to fail. She was admitted to a local hospital and then flown back home with a life vest and medications. When she tried to get an appointment to discuss a transplant at a New York City hospital, she was turned down because she wasn’t “sick enough.”

While waiting for a heart, Kepley remained hospitalized for four months, so doctors could keep a close eye on her.

“To qualify for a transplant, a patient has to be sick enough to require hospitalization,” says Chhaya Aggarwal-Gupta, MD, a cardiologist at WMCHealth. “Some medical centers require cancer or former cancer patients to wait five years before getting a transplant, but they may not have that long.”

According to Dr. Aggarwal-Gupta, two out of the 25 to 30 heart transplants completed at Westchester Medical Center each year are performed on cancer patients. “We go the extra mile,” she says, “though the decision is based on each individual. Because of the risks, patients have to be compliant about follow-up, taking their medications and eating healthfully. Elisabeth’s recovery has been very uneventful, which is what you want.”

Kepley received her new heart from Rob Maresca, a 30-year-old man who had fallen off a ladder at work, hit his head and never woke up. In 2018, Kepley and her daughter, Anna, met Maresca’s parents at Westchester Medical Center, a bittersweet encounter that paved the way for a relationship between the two families, who live just 15 minutes apart.

When Bob and Marla Maresca of New Rochelle were called to the hospital after Rob’s accident, “We sat there for hours and hours as his body was shutting down, and it was clear he was not going to survive,” says Marla Maresca. “He was given last rites, yet we watched his heart continue to beat strongly.”

When Bob Maresca asked why his son’s heart was still beating so strong, despite his devastating head injuries, “they told me that the heart is a separate organ and that it doesn’t stop unless it’s told to do so,” he recounted. “I said, ‘Can’t somebody use that? He’s a healthy kid.’”

Rob Maresca’s organs and tissues helped 15 people. “I never thought I’d have such a feeling after such a loss like this,” says Bob Maresca, adding that Kepley is the only recipient he and his wife have met. He encourages recipients and donor families to meet to give the donor families a chance to meet the person saved by their loved one and the recipient the opportunity to meet those who provided the gift of life. “It can be a healing experience,” he says.

On the road again

Three months after her lifesaving transplant operation, Kepley biked 26 miles on one trip, was completing half-mile swims and began training for her ultimate goal of traveling to Salt Lake City in August to compete in the 2018 Transplant Games of America. “The games were created to celebrate donor families and for them to realize, ‘Wow, I saved somebody’s life,’” says Kepley. “The people who compete are very focused on taking care of themselves,” she adds, “and I was amazed at how extremely healthy so many transplant patients are.”

The games attract thousands of competitors and donor families to a wide variety of competitions. Kepley finished fifth in the Womens’ age 50-59 Triathlon (500-meter swim, 20-kilometer bike race, 1,500-meter run) as a member of the LiveOnNY team, the first year the state had a team at the Transplant Games. “It’s a really beautiful event, and the women in my age group are very competitive. I’m very proud of myself.” 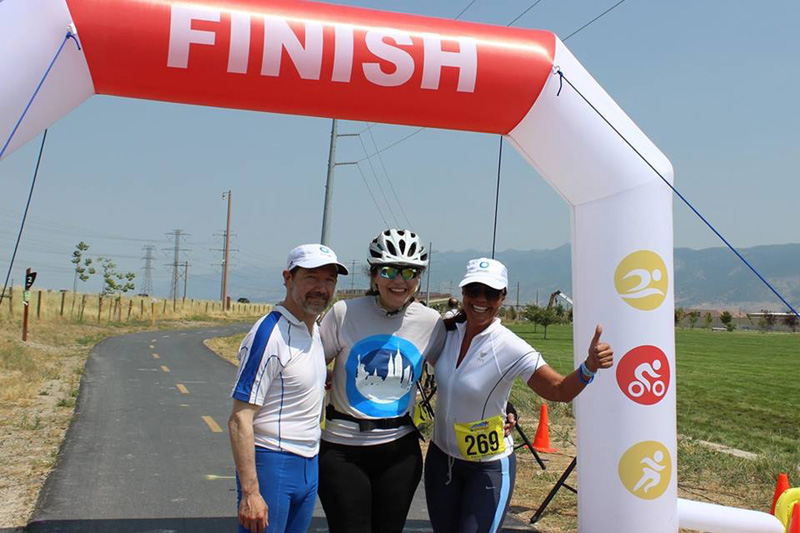 “It makes me so happy for her,” says Bob Maresca. “It’s like a little piece of my son lives on, and Elisabeth has become like another member of our family. It’s a great feeling, and she’s a lovely lady.”

Kepley worked as a realtor, professional artist and fashion designer prior to her heart transplant and is starting a business to create hats with SPF in the fabric for cancer and transplant patients. While hospitalized and waiting for her new heart last year, she revived her interest in painting and is now painting a portrait of Rob Maresca, who was also a talented artist, to give to his parents.

“I plan to pick up where I left off,” she says, emphasizing the importance of exercise for health. “I hadn’t been able to do anything for a long time, and the more I used my new heart, the better it got,” she says. “Many people think of heart transplant recipients as still in heart failure. I have a new, great, healthy heart and it has given me a new lease on life to enable me to live a full life. I just have to maintain exercising and eating healthy foods on a daily basis.”

Competing for a Cause

The Transplant Games of America is a multisport festival event for individuals who have undergone life-saving transplant surgeries. The competition is open to living donors and organ, bone marrow, corneal and tissue transplant recipients. Produced by the Transplant Life Foundation, the Games also promote the critical need for organ, eye and tissue donations and celebrate the lives of organ donors and recipients.

View a video of Elisabeth Kepley’s emotional meeting with Bob and Marla Maresca at westchestermedicalcenter.com/hearttransplant

0
How can I keep my home a safe place this time of year?
Go the Distance Walk and Family Fun Day Supports Maria Fareri Children’s Hospital