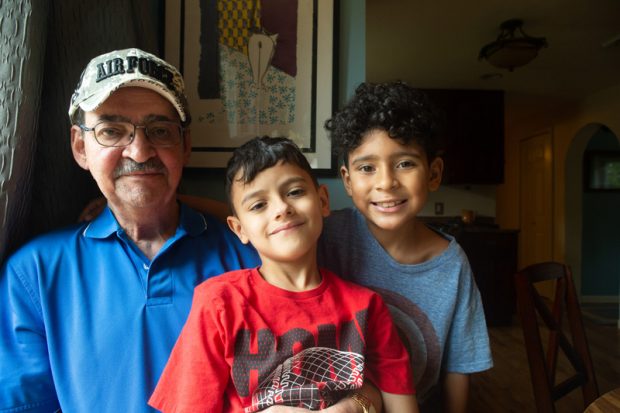 For more than two decades, Cary Hirsch, MD, helped keep Nelson Cintron alive. Dr. Hirsch, an interventional cardiologist and Director of the Cardiovascular Institute at Good Samaritan Hospital, a member of the Westchester Medical Center Health Network (WMCHealth), in Suffern, had been treating Nelson “since before the computer,” he says, for a variety of heart problems.

Nelson, 67, lives in New Hampton with his wife, Edna; they have one son and three grandchildren. He was diagnosed with cardiomyopathy — an enlarged heart — in 1995. Then, in 1999, his aortic valve failed, disrupting the function of his left ventricle, the main pumping chamber of the heart. He underwent valve replacement, which usually improves heart-muscle function dramatically. “In Nelson’s case, it improved only a bit and over time deteriorated,” Dr. Hirsch says.

To make matters worse, Nelson also developed an irregular heartbeat, or arrhythmia, and required the implantation of a pacemaker and defibrillator in 2005. Despite multiple procedures and interventions, Nelson’s heart continued to worsen. And then another problem arose: Nelson’s many heart medications over the years had taken a toll on his kidneys, which began to fail. “His medication dosages had to be lowered or not used at all, because they can cause the kidneys to worsen,” Dr. Hirsch says. “As doctors, we are caught between a rock and a hard place.”

Nelson’s health declined. “About a year ago, things got really bad,” he says. “I couldn’t breathe or get around. I got the flu and ended up at the hospital, in complete heart failure. When my kidneys started to go, Dr. Hirsch told me the only answer was a heart-and-kidney transplant.”

This is where Nelson’s fortunes turned. Dr. Hirsch took advantage of the newly formed Heart Failure collaboration between Good Samaritan Hospital and Westchester Medical Center, the flagship of WMCHealth. This program facilitates patients at Good Samaritan Hospital to be seen in Suffern by Westchester Medical Center specialists. Nelson was one of the first patients to be cared for through this program. Avi Levine, MD, who specializes in advanced heart failure and cardiac transplantation, took charge of his case, and Dr. Hirsch, who had developed a close relationship with Nelson over the years, continued to be involved, making the transition much more comfortable for Nelson. 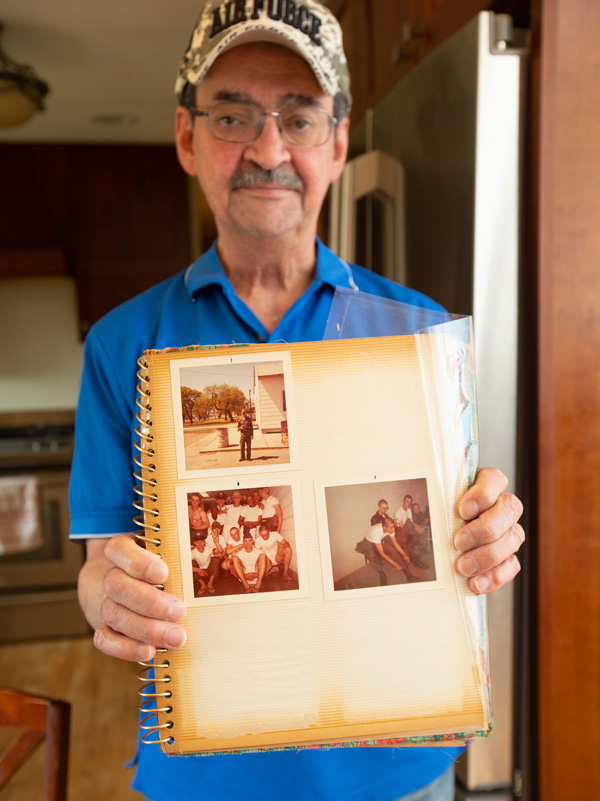 Nelson is an Air Force veteran who served four years’ active duty and two in the Reserves.

“The advantage of having this program at a place like Good Samaritan Hospital is that it extends our reach,” Dr. Levine says. “For him to come to Westchester would have been challenging.” Each of the four specialists on the team spend a week at a time at Good Samaritan Hospital, to provide patients access to the advanced treatments offered through the WMCHealth Heart and Vascular Institute, which gives the patients access to the best physicians and researchers in cardiology, cardiovascular surgery, cardiothoracic surgery and pediatric cardiovascular services. “There is no advanced-heart-failure team in that area, except for Westchester Medical Center, so having our team there provides a level of care that these patients would not otherwise be able to conveniently access,” Dr. Levine says.

Nelson was later transferred to Westchester Medical Center for advanced evaluations of his heart and kidneys and put on more powerful medications to help his heart pump stronger. Nelson needed both a heart and a kidney, and both organs had to come from the same donor, to reduce the risk of rejection.

Nelson was ultimately accepted and listed as a transplant candidate, and after another hospital admission for worsening symptoms, he was kept in the hospital on high-dose intravenous medications to help his heart pump while awaiting a donor match. About 40 days later, those organs became available, and in March, he underwent surgery to save his life. The heart was transplanted first, and 24 hours later, he received a new kidney.

Dr. Levine and his team managed Nelson’s care after surgery. “The first six weeks were pretty tough,” Nelson admits. The pain wasn’t only physical. “A lot of things go through your mind when you’re lying in a room by yourself. You feel like you cheated death. A lot of emotions go through your head.”

Nelson with his wife, Edna, at their home in New Hampton.

Eventually he was sent to the cardiac rehabilitation unit at Westchester Medical Center, where he spent about a week regaining his strength — and some of the 40 pounds he’d lost. “I wanted to go home,” he says. “I missed my grandkids. Four months in the hospital is long enough.”

Once home, visiting nurses came to supervise his recovery, and he continued physical therapy for about two months. “Every day I felt a little better,” he says. “Now I feel pretty good.”

He visits Westchester Medical Center regularly for follow-up biopsy procedures. in addition to regular visits to Good Samaritan Hospital for routine follow-up care. His results have been excellent.

The best days, he says, are when the grandchildren visit. “Keeping up with a 3-year-old and two 7-year-olds is a job,” he says, but thanks to his new lease on life, he’s up to the task. “Before, by the time I got to the top of eight steps, I had to hold on to something, and I couldn’t breathe,” he says. “Now, no problem.”

While Nelson’s health has improved dramatically, he is still grappling with powerful emotions. “You realize you are walking around with two organs you weren’t born with. It gets complicated. You think about your responsibility to the donor family. They are like a second mother. They gave me life.”

0
How can I keep my home a safe place this time of year?
Go the Distance Walk and Family Fun Day Supports Maria Fareri Children’s Hospital