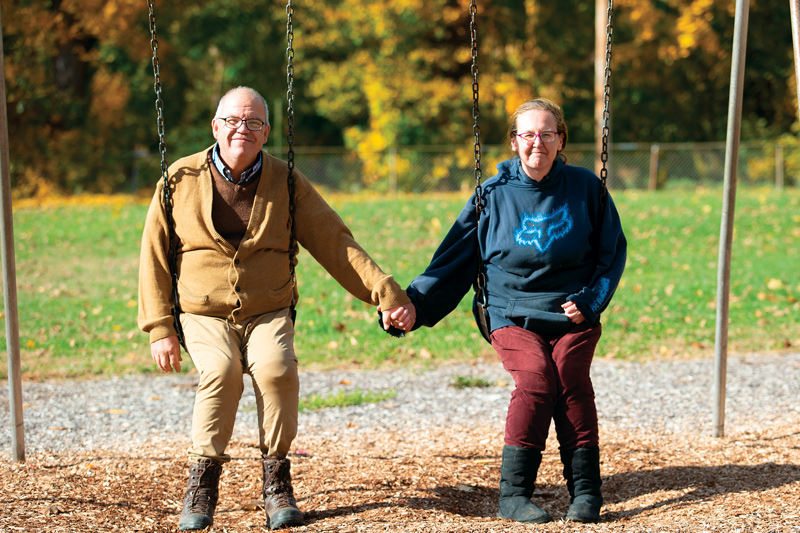 Could a heart attack ever be described as striking at the right place and time? If so, Timothy Watson’s experience in November 2017 just may fit the bill.

The Pine Plains resident was at MidHudson Regional Hospital, a member of the Westchester Medical Center Health Network (WMCHealth), getting fitted for a new prosthetic leg. Due to complications from diabetes, including infected wounds and ulcers, Watson’s left leg was amputated in June 2017. To grow accustomed to his prosthetic, he was advised to walk up and down the hospital’s stairwells. But even mild exertion left him short of breath that day, he says. “My chest was tight; I didn’t feel well.”

He recalls riding the elevator to the hospital lobby. At some point, he says, he passed out. “Somebody helped me up. I stood there and shook it off. I was walking out the main door to my car — and something told me to turn around. I thought: I can’t leave.” He doesn’t recall how he got there, but he somehow made his way to the office of Syed Naqvi, MD, a cardiologist with the WMCHealth Heart and Vascular Institute, at MidHudson Regional Hospital. Dr. Naqvi had seen Watson frequently in the past to monitor his health and his heart.

“He staggered in, short of breath, complaining of chest pains and wanted to see me,” Dr. Naqvi says, explaining that Watson had several risk factors for cardiac disease: atherosclerosis (hardening and narrowing of the arteries), a history of high blood pressure and diabetes. The high blood sugar linked with diabetes can often damage the blood vessels leading to the heart, and high blood pressure forces the heart to work harder to pump blood, often straining it to the point of danger. Despite his risk factors, however, Watson’s cardiac stress test results had consistently been okay.

That day, instead of Dr. Naqvi, Watson found his medical assistant, Peta-Gaye Hall. “He walked up to the counter, breathing hard and sweating, and said, ‘Can I speak to Dr. Naqvi? My chest is tight; I’m out of breath,’” she recalls.

Watson remembers gasping, “I think — I know — I’m having a heart attack.”

“I said, ‘I think you need to go to the emergency room,’” says Hall. “I ran to the front desk, got a wheelchair and immediately took him to the ER.” 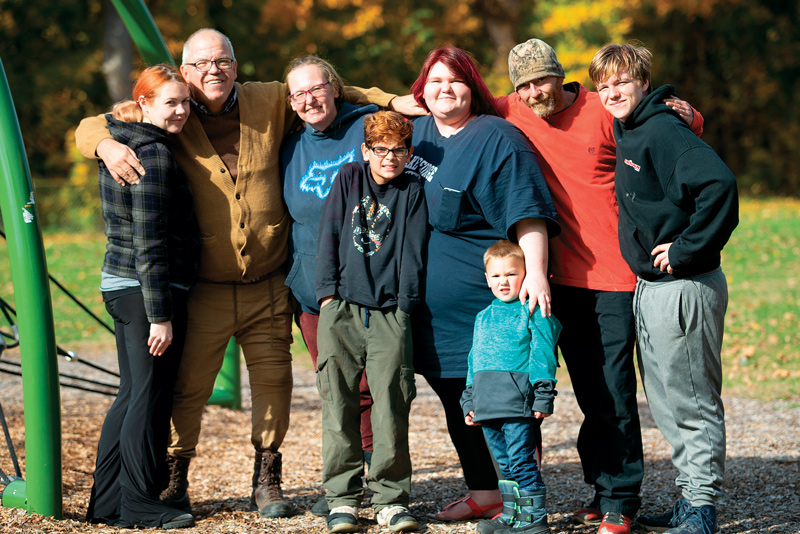 With the support of his extensive family, including 10 children, Timothy Watson is back to enjoying family outings.

Watson recalls that the ER team tried to lower his blood pressure. He was admitted to the hospital overnight and saw Dr. Naqvi.

“When stress tests are negative, but the patient has risk factors and continued symptoms, we do a more definitive test,” explains Dr. Naqvi. This further testing revealed that “his left anterior descending artery, which supplies blood to the front wall of the heart, was 80 percent blocked; that situation could have been fatal,” says Dr. Naqvi.

Watson’s testing, as well as his treatment, which involved a cardiac catheterization, were performed at Westchester Medical Center, the flagship of the Westchester Medical Center Health Network (WMCHealth) in Valhalla. Dr. Naqvi coordinated with the care team there so the procedure could begin immediately upon Watson’s arrival. Doctors inserted a long, thin catheter in Watson’s groin and then threaded it through to his heart. From there, they located the blockage and cleared it away.

“Our team completely opened up the artery,” says Dr. Naqvi, “decreasing stenosis – or narrowing – from 80 percent to zero.”

“The doctor said if I had gone home and gone to sleep, I wouldn’t have woken up,” Watson says. He stresses how grateful he feels to have remained on Dr. Naqvi’s radar over the years, receiving excellent care and prompt attention during several hospitalizations and surgeries. “Dr. Naqvi had a keen sense that something wasn’t right. He saved my life.”

He also acknowledges Hall’s prompt action. “I would not be here right now if she didn’t react the way she did. I never would have made it to the ER if I had tried to walk it; I would have collapsed. What she did goes beyond service. It was human nature, human involvement, that saved my life.”

“The doctor said if I had gone home and gone to sleep, I wouldn’t have woken up. Dr. Naqvi had a keen sense that something wasn’t right. He saved my life.” – Timothy Watson

According to Hall, saving lives is all in a day’s work, and speaks to WMCHealth’s Culture of Care.

“We respond immediately to any patient needing help,” she explains. “I didn’t know if he was having a heart attack, but I did notice a lot of alarming symptoms, and he didn’t look well. Bringing him to the ER was my immediate response.”

A graduate of culinary school, Watson is now back in the kitchen, serving up fettucine Alfredo, chicken Parmesan, pork roast and meatballs to his wife of 28 years, Michelle, their large family and their friends.

To learn more about the WMCHealth Heart and Vascular Institute at MidHudson Regional Hospital, call 845.483.5720.