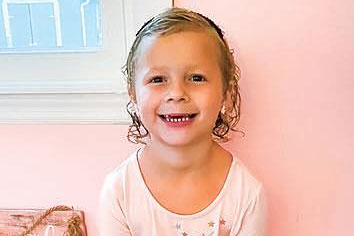 When her older daughter, Zoey, was born with cystic fibrosis seven years ago, a Google search led Denise LaBrecque of Newburgh to Maria Fareri Children’s Hospital, a member of WMCHealth. CF is a chronic and progressive genetic disease of the mucus glands that affects respiratory and digestive systems. So, when LaBrecque learned her younger daughter, Evie, now 5, also had CF, she knew where to turn.

Born at Westchester Medical Center, the flagship of WMCHealth, Evie was quickly transferred to the NICU at Maria Fareri Children’s Hospital, due to complications from distal intestinal obstructive syndrome, a condition where the intestines of CF patients become blocked by stool. At just 2 days old, Evie had bowel surgery that removed part of her intestines, saving her life. Evie has had six hospital stays at Maria Fareri Children’s Hospital during her short lifetime, yet the experience is always reassuring. “The care always feels very personal; even the janitors are nice!” says LaBrecque, who also appreciates the community of other parents she’s become close to there.

Now in kindergarten, Evie is doing well. Says her mom: “Evie is super fun to be with. She’s into princesses, dressing up and the movie Frozen.” Though the upper-end of the average life span of CF patients is 47, Evie’s pediatric pulmonologist, John Welter, MD, says that number continues to improve.