Deducing the Surprising Cause Behind This Highland Man’s Psychotic Episode 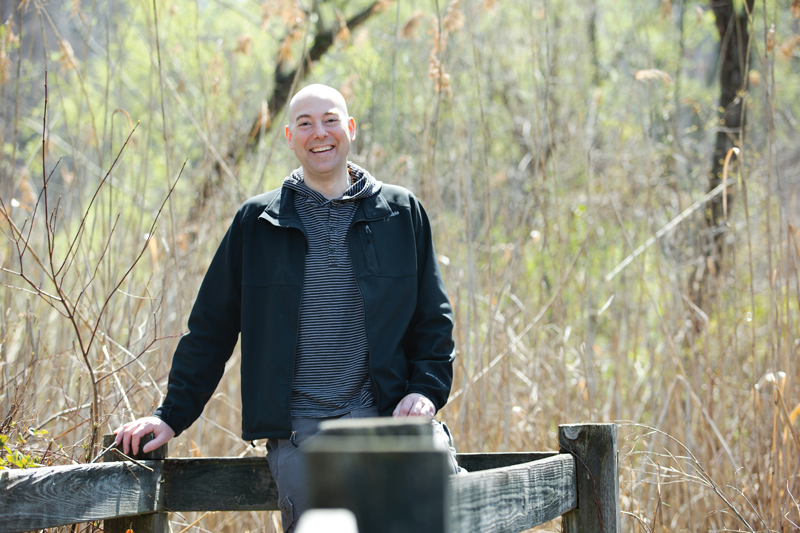 When Kevin Berean appeared to be experiencing an altered state, the experts at MidHudson Regional Hospital looked beyond the symptoms to treat him.

For 39-year-old Kevin Berean of Highland, it all began with a creeping sense of unease during the waning days of summer 2017.

“I was feeling a great deal of anxiety, and yet I was in a completely detached state,” he says. “It’s hard to describe. I felt like I was on Earth, yet in a totally different world. I just didn’t feel like myself.” Berean cannot precisely recall the duration of his symptoms, but “it was probably several months,” he says.

Frightened by his altered state, Berean went to the Emergency Department of MidHudson Regional Hospital, a member of the Westchester Medical Center Health Network (WMCHealth), in September.

“Kevin presented with acute psychosis and hallucinations, but he had no history of mental illness,” recalls Daniela Stokes, MD, an infectious disease specialist. “It is unusual to present with psychosis for the first time in your 30s.”

Berean refused treatment and left, only to return to the Emergency Department a few days later. He was immediately seen by a psychiatrist and deemed unable to make his own health decisions. “At the onset, there was a lot of confusion,” says Berean.

Sensing other factors were involved, Dr. Stokes ordered a full battery of tests. Berean underwent a full medical examination, and “his results came back strongly positive for Lyme Disease,” says Dr. Stokes. Berean underwent a spinal tap, the only way to confirm if the infection had crossed the blood-brain barrier – which it had.

“This comprehensive approach essentially represents state-of-the-art care. At MidHudson Regional Hospital, when there is a new-onset psychosis evaluation, we conduct a complete medical workup to rule out medical illnesses that present as delirium, which can be indistinguishable from psychosis,” explains Dr. Stokes.

She prescribed an aggressive course of antibiotics, and Berean received daily IV infusions of ceftriaxone to combat infection that crossed the blood-brain barrier. As the ceftriaxone took effect, Berean’s symptoms began to subside.

As a precaution, however, Berean was still admitted to the hospital to rule out any other latent issues. “It’s possible you could have both at the same time,” he notes, “but I was beginning to feel like myself again.” Remaining under the watchful care of the medical team, “Kevin showed slow, ongoing improvement,” says Dr. Stokes.

“They knew what they had to do, and they did it flawlessly,” remembers Berean, who was comforted by the hospital’s staff. During those long weeks, he also was buoyed by the love and support of family, friends and coworkers.

Ultimately, Berean, a healthcare information technology professional, was “not surprised” by his diagnosis, especially because he had been bitten by a tick last summer. A lifelong outdoorsman, he says, “I’ve had my share of ticks, probably more than most.”

In retrospect, “I should have taken a more proactive stance against ticks. You just get caught up in your day-to-day routine. It was a real eye-opener for me.”

Now, Berean is more careful and takes additional precautions when he heads outside. “Still, I won’t let this hold me back,” says Berean.

“We have seen many cases like this over the past 20 years,” says Dr. Stokes, who stresses the importance of primary and secondary prevention of Lyme Disease. While Berean is back to his normal life, including the 24/7 demands of his career in IT, things will never be the same. “For me, it’s an awakening,” he says. “You don’t look at things the way you used to. I have worked in healthcare for a long time, and I have met a lot of long-term patients, and this has changed how I perceive them. It has made me reconsider my role as a healthcare worker – I feel more connected to the patients.”

On his time at MidHudson Regional Hospital, Berean shares that “the care I received was absolutely outstanding. I would rate it an 11 out of 10. From Dr. Stokes to the people who brought me my food to the people who cleaned my room… everyone was amazing. I feel stronger today than I have felt for the majority of my life, which is a testament to the doctors and nurses who work there.”

According to the Centers for Disease Control and Prevention, an estimated 300,000 infections of Lyme Disease occur each year. There are, however, steps we can take to help prevent tick bites, thus reducing our risk.

Know where to expect ticks. Ticks that cause Lyme disease live in and near wooded or grassy areas. To avoid them, walk in the center of trails and avoid walking through tall bushes or other vegetation.

Repel ticks on skin and clothing. Use Environmental Protection Agency (EPA)-registered insect repellents and follow product instructions. Parents should apply these products to their children, as well as treat clothing and gear.

Perform daily tick checks. Check your body for ticks after being outdoors, even in your own yard. Search your entire body for ticks, using a hand-held or full-length mirror to view all parts of your body.

Remove an attached tick with fine-tipped tweezers as soon as you notice it. If a tick is attached to your skin for less than 24 hours, your chance of getting Lyme disease is extremely small.

Even if you don’t remember being bitten by a tick, an unexpected summer fever or odd rash may be the first signs of Lyme disease, particularly if you’ve been in an infested area. See your healthcare provider if you have symptoms.