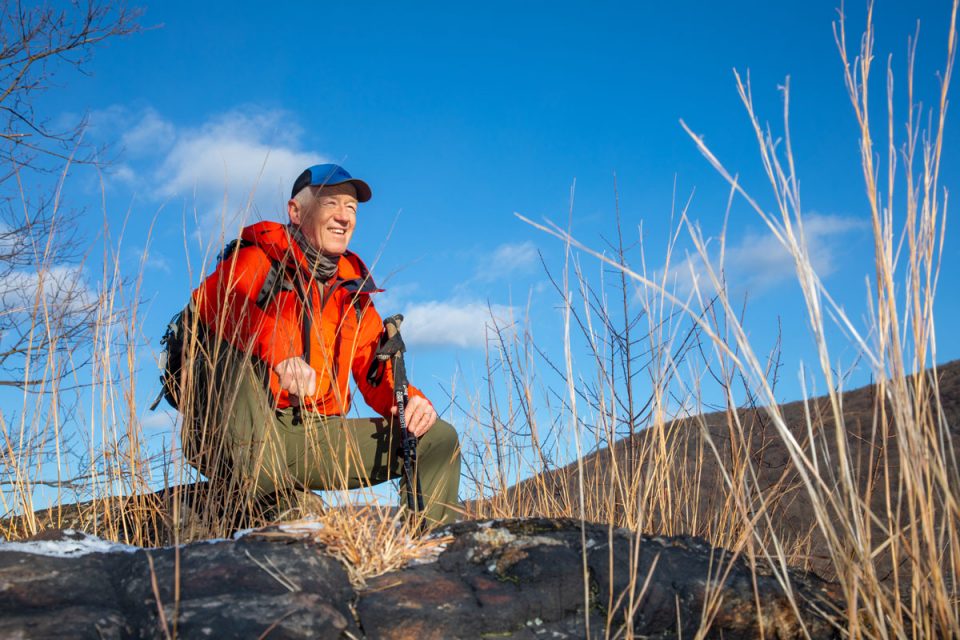 As seen in the May 2021 Issue of Advancing Care.
By Laurie Yarnell

McIntyre, a retired teacher, is an active man who hikes mountains, climbs glaciers and skis. In January 2020, the Summitville resident was climbing in Ecuador “pain-free and on all cylinders.” Soon after, however, he started experiencing severe hip pain, which made it difficult for him to even walk. He consulted Dr. Hardcastle, who had been treating him for several years for osteoarthritis and degenerative joint disease. “You’ll know when it’s time to replace your hip,” he had advised McIntyre. That time had come.

“Despite the pandemic,” says Dr. Hardcastle, “Jim was wise not to delay his care; many safeguards had been put into place to ensure patient safety.”

Dr. Hardcastle used a minimally invasive posterior approach for McIntyre’s surgery. Typically an outpatient procedure, it lasts 30 to 60 minutes. “We take out the ball, or femoral head, which no longer has any cartilage, and replace it with a ceramic one,” says Dr. Hardcastle. “We then remove the socket and replace it with a plastic-and-metal one.” Because this approach requires smaller incisions and results in less handling of soft tissue and less damage to muscle than the more traditional approach, it means quicker recovery and less pain.

Shortly after waking from the procedure, McIntyre walked down a hallway with a physical therapist and a walker and then up and down a flight of stairs. “I was already in less pain than before I came in,” he recalls. “I felt better than I had in three years.” This surgery typically requires follow-up doctor appointments and six to 12 weeks of physical therapy.

Now, McIntyre is making plans to hike to the Mount Everest base camp in 2022. “I still have so many things I wanted to accomplish, and I was letting the pain stand in my way,” he says. Reflecting on the procedure that got him back to his active lifestyle, he notes, “The staff at St. Anthony Community Hospital was tremendous. Dr. Hardcastle is also an athlete, so he understands how important it is to get back to an active life. He’s a terrific human being and surgeon.”

‘Pain Is a Treatable Condition’

With a population that is living longer and remaining active, the volume of hip-replacement surgery is on the rise but still underutilized, says Dr. Hardcastle. “Oftentimes, people will deal with the pain and think it’s just part of aging,” he adds, “but hip pain is a treatable condition. Anyone with significant hip pain that’s impacting their quality of life and movement should consult their doctor, even if they think they’re not a candidate due to their age or health conditions.”

WMCHealth urges you to remain vigilant about your ongoing healthcare needs. Hospitals and Emergency Departments are open, and physicians and care teams are available for urgent care, routine visits, preventative health screenings, tests and immunizations. For more about screenings go to: advancingcarehv.com/preventative-health-screenings-tests. 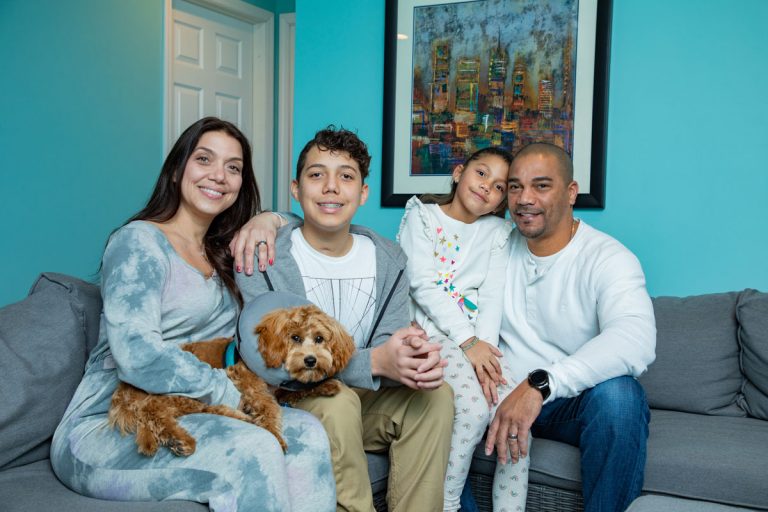