The Frightening Cardiac Challenge This Former Bariatric Patient Had to Overcome 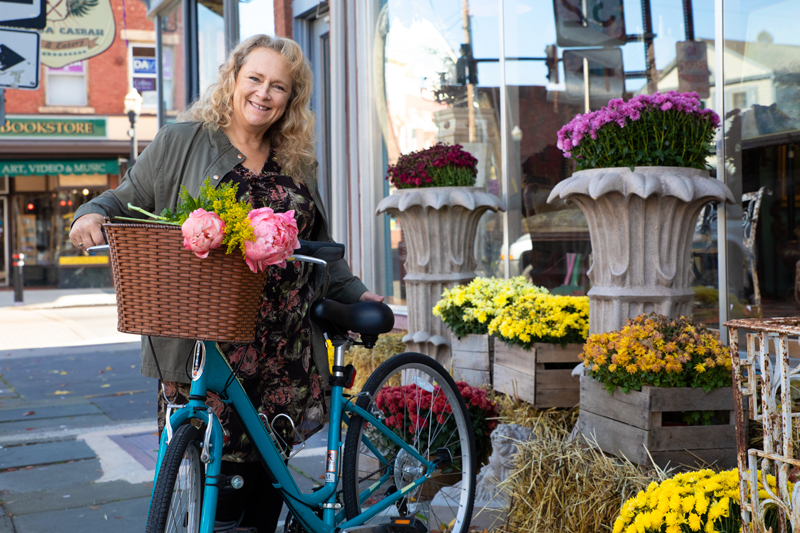 Saugerties resident Pamela Steyer is celebrating life with the help of the cardiology team at WMCHealth.

After undergoing bariatric surgery to control her diabetes, 57-year-old Saugerties resident Pamela Steyer lost 80 pounds and looked forward to revisiting the activities she loved, including hiking, biking, skiing and scuba-diving.

Last winter, she was happy to enjoy a ski trip with her family at Hunter Mountain. But when she struggled to climb a steep dune on Cape Cod the next summer, she figured she needed to hit the gym and get back into shape. As fate would have it, it was also time to see her doctor for her annual physical exam.

To make an appointment with a member of the cardiology team at the WMCHealth Heart and Vascular Institute at HealthAlliance Hospital: Mary’s Avenue Campus, call 845.339.3663 or visit HAHV.org/cardiology for more information.

During this checkup, however, Steyer’s primary care physician heard a heart murmur and referred her to Falak B. Shah, MD, an interventional cardiologist at HealthAlliance Hospital: Mary’s Avenue Campus in Kingston.

Technicians in Dr. Shah’s office administered an echocardiogram, similar to an ultrasound for the heart, and discovered an aortic valve problem.

Alarmed by the results, Dr. Shah assessed her condition and scheduled her for a cardiac catheterization procedure, which he would perform the very next day at Westchester Medical Center, in Valhalla, where he also practices. There, he and his colleagues would further investigate the valve issue.

In addition to confirming an abnormal narrowing (or stenosis) of her valve, Dr. Shah found a blockage in a major artery during the cardiac catheterization procedure. He immediately consulted Westchester Medical Center cardiothoracic surgeon Ramin Malekan, MD, who performed open-heart surgery to replace her valve and bypass the blocked artery.

“Dr. Shah wouldn’t send me home,” reports Steyer. “He told me that my condition was serious and that if I experienced any incident or event with my heart, it could be a major problem.”

As Dr. Shah had suspected, the open-heart surgery confirmed that Steyer had a bicuspid aortic valve, which is a congenital defect. The aortic valve normally consists of three cusps. Steyer’s valve contained only two, a condition that makes the aortic valve more prone to becoming dysfunctional earlier in life.

“If I ever felt dizzy, I thought it was dehydration rather than from a heart issue,” says Steyer. “I was going to the doctor on a regular basis, and my blood sugar and cholesterol levels checked out.”

Dr. Shah says, “Although exercise is generally beneficial, her heart may not have been able to meet the demands of exercise due to her valve abnormality.”

Steyer singled out the fact that she was able to see her doctor close to home and get the advanced care she needed from the same doctor in Valhalla.

“Dr. Shah is personable, and his warmth, combined with a serious presence, gave me complete confidence in him and the team. I never felt any fear,” she says.

Steyer went home a week after the surgery and underwent rehab with Dr. Shah and his team. After taking time to recuperate, she returned to her job in the field of occupational therapy, working with special-needs students in the Kingston school district.

“How we provide continuity of care is a big focus,” says Dr. Shah. “We were able to see the patient near her home, perform advanced cardiac procedures at Westchester Medical Center in Valhalla, and then provide the patient’s follow-up care in a convenient location close to her home.”

A caregiver who also works in a nursing-home rehabilitation center, Steyer spread the news about her condition’s congenital nature to her entire family, which recently held a reunion.

In addition to her brother, sister and mother, she also encouraged her three sons, who range in age from the mid-20s to early 30s, to undergo monitoring and take precautions soon, “while it’s still fresh in their minds,” she says. “I want them to understand how serious this is.”

Now that she is getting stronger, Steyer looks forward to becoming active again and partaking in hobbies she used to enjoy.

“I have all these stations in my house: one for sewing, another for painting and one for crafting,” she says.

Also an avid gardener, Steyer plans to weed her patch of greenery and work on arranging the rocks around her pond.

“It’s a miracle that I’m here, but I put my faith in God, the doctors and their teams,” she says. “I knew that every person involved with my care was there to help me get better. Everything fell into place, and it just felt right.”