Heart Surgery at Age 96? No Problem! 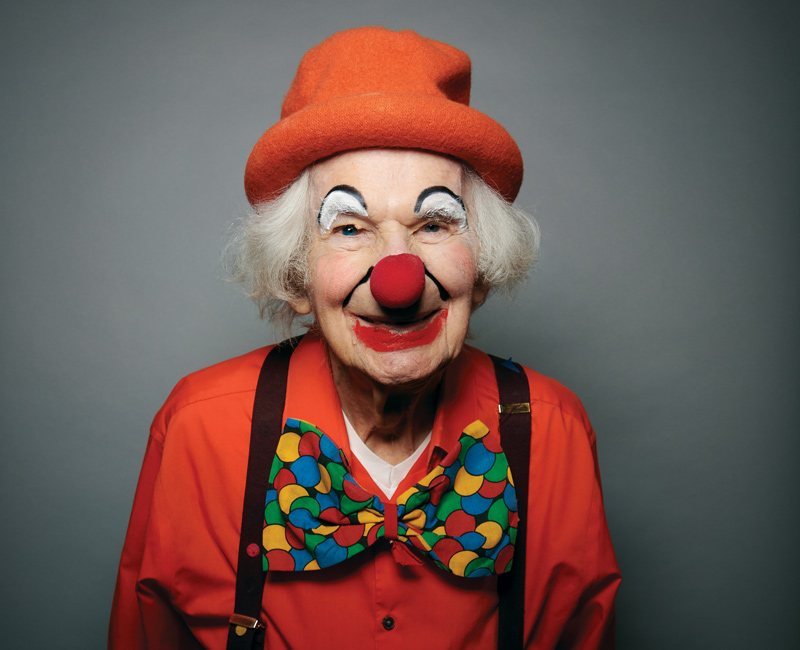 For Oscar White, clowning around is no joking matter.

Having retired from a distinguished career as a White House portrait photographer, White, age 97, remains on the go, though in a wildly different vocation.

“I work as a clown with the Retired and Senior Volunteer Program in Rockland County,” says White, who has captured the portraits of such 20th-century icons as Eleanor Roosevelt, Helen Keller and four American presidents. “Fifteen years ago, I received clown training through the organization and have been clowning ever since.”

However, in late 2017, the 61-year resident of Pearl River noticed a shift in his health. “I had a heart attack three years ago and recovered,” says White, who actively volunteered at soup kitchens and provided entertainment at retirement facilities. “But then I began to notice that I was having shortness of breath.”

Following a battery of tests with his cardiologist, White was diagnosed with aortic stenosis – the narrowing of the heart’s aortic valve, the last valve in the heart before all the blood leaves the heart to circulate to the rest of the body. He was referred to Joshua Goldberg, MD, Surgical Director of the Transcatheter Heart Valve Program at Westchester Medical Center, the flagship of the Westchester Medical Center Health Network (WMCHealth). The program is part of the renowned WMCHealth Heart and Vascular Institute.

“The scenario is often the same,” says Dr. Goldberg. “You see vibrant older individuals like Oscar who begin to slow down. Patients often comment that they are tired, fatigued or short of breath because they are getting older – when in fact, it is from their aortic stenosis, a very fixable problem.”

After numerous tests, White was determined to be an ideal candidate for a transcatheter aortic valve replacement (TAVR). Traditionally, aortic valve replacement requires open-heart surgery. Alternatively, TAVR is a minimally invasive procedure that replaces the diseased aortic valve through a small incision in the groin. Westchester Medical Center is the first facility in the region to offer TAVR and recently marked its 500th TAVR procedure.

“Open-heart surgery is a big deal, especially for a 96-year-old, but with TAVR you can avoid many complications that can accompany surgical AVR,” says Dr. Goldberg. “Another benefit of the procedure is that patients – especially older ones – don’t have to deal with extended rehabilitation or the psychological difficulties, such as depression, that often afflict the elderly during long hospital stays.”

In fact, a unique feature of the Westchester Medical Center TAVR program is that the vast majority of patients don’t require general anesthesia, according to Dr. Goldberg. “They are essentially napping while we access the artery. The incision is only about an inch.”

Though minimally invasive, the idea of surgery still gave White pause. “I was actually quite anxious and fearful about the procedure, because of my age – but they didn’t see age as an obstacle.” In fact, the TAVR program at Westchester Medical Center routinely performs TAVRs on patients in their later 80s and well into their 90s with excellent results.

Nurse practitioner and Valve Program Coordinator Joanne Bennett met with White to educate him and review his treatment options. “When we suggested the TAVR, Oscar said, ‘You do know how old I am?’” she recalls, laughing. “I told him that it’s all about your quality of life. You could be a 60-year-old who is nursing-home-bound and be less of a candidate for this procedure, than an active 95- or 96-year-old.” 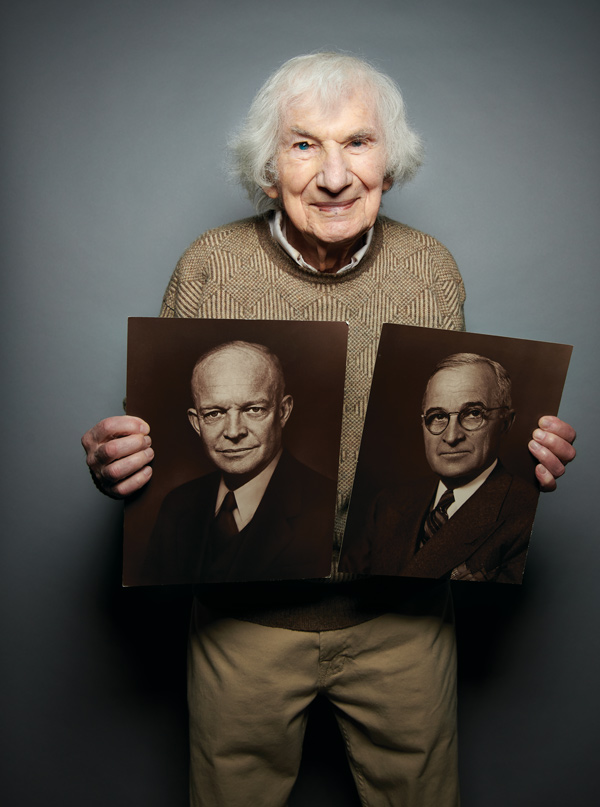 Oscar White, a former White House portrait photographer, continues to bring smiles to Rockland County residents as a clown for the Retired and Senior Volunteer Program.

White spent five days in the hospital and completed recovery at home. “The surgery went well,” says White. “I had no problems with it. It all went very smoothly.”

According to Dr. Goldberg: “While Oscar is certainly unique, his story is actually quite typical. We care for a lot of patients in their 90s. In fact, our oldest TAVR patient was 99.”

Following the procedure, White and his wife of 70 years, Judy, a retired chemist, are back to the life they enjoy. And White’s passion for clowning remains strong: “I like people to have a smile on their face, especially if they don’t have that much of an opportunity to do so,” he says.

“It’s worth remembering that in the Hudson Valley, we have a large elderly population that is high-functioning,” says Dr. Goldberg. “Oscar is a very unique individual. He lives for other people.”
Now, thanks to TAVR and the expert, experienced team at Westchester Medical Center, “Oscar is back in the game – as a vibrant, lively, young 97-year-old.”