For Bryan, the timing could not have been better.

Just three days after the cardiology services of the Westchester Medical Center Health Network (WMCHealth) expanded to include network affiliate MidHudson Regional Hospital, he found himself in need of the network’s expert diagnostics and lifesaving emergency surgery.

“Every time I would sit up in bed, I couldn’t breathe,” says Bryan, whose last name is being withheld for privacy. When the decision was made to go to MidHudson Regional Hospital, “I couldn’t walk down the stairs,” says Bryan, adding that he had to be carried by his father.

Bryan’s severe fatigue and shortness of breath in the Emergency Department led to a diagnosis of sepsis, a potentially life-threatening complication of an infection, and he was admitted to the Intensive Care Unit. Though he initially responded to treatment, other complications emerged, and his condition became critical within 12 hours. “He rapidly declined,” says Paul Hanna, MD, a cardiologist at MidHudson Regional Hospital. “By 10 a.m. the following morning, he rapidly deteriorated into cardiogenic shock, and he had to be supported with several medications to sustain blood pressure and a mechanical ventilator to breathe for him.”

Suspecting life-threatening heart disease, Dr. Hanna requested an urgent echocardiogram. Echocardiogram Technologist Erin O’Connor was called into work but was then asked to hold off because Bryan’s health was too precarious for the exam. O’Connor’s dedication, however, urged her to keep traveling to the hospital. When contacted again moments later and asked to come in, she already was on her way — a decision that saved crucial minutes. Dr. Hanna was at the bedside as the study was performed. The diagnosis and decision for urgent surgery were made immediately. The test results were clear: the mitral valve of Bryan’s heart had been destroyed by an uncommon condition known as infective endocarditis, and blood flow through his body was dangerously insufficient.

“With the infection of the heart, he needed surgery immediately,” Dr. Hanna says. “He would have continued to decline and would not have survived more than a few hours without cardiac surgery.”

Dr. Hanna called upon the trusted, life-saving knowledge of the WMCHealth Network. He alerted WMCHealth’s patient-transfer service and was put in touch with Masashi Kai, MD, cardiothoracic surgeon at Westchester Medical Center in Valhalla, the flagship of WMCHealth. “Bryan’s blood circulation level was not enough to sustain his life,” Dr. Kai says. Minutes later, Bryan, unconscious and receiving maximum ventilator support to help him breathe and multiple medications to support his precariously low blood pressure, was on a helicopter for the 15-minute flight to Westchester Medical Center. 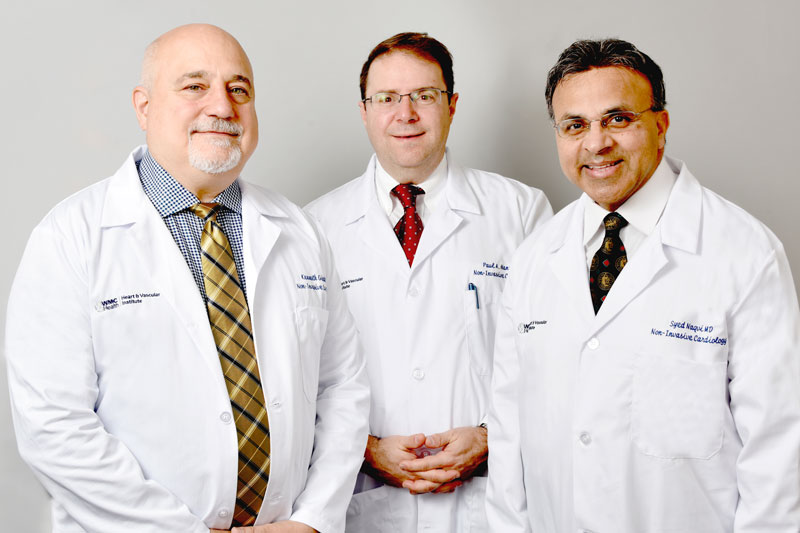 As he learned more about the circumstances, Dr. Kai determined that surgery was Bryan’s best option. “He was young, and his heart was very bad, but he didn’t have other significant medical history,” he says. “I believed if I was able to fix the heart, everything else would get better.” During the three- to four-hour surgery, Dr. Kai viewed the extensive damage to the heart. He noted it was the most severely damaged valve he had seen in his 15 years as a cardiothoracic surgeon. Implanting the new mitral valve took about an hour. Once in place, Dr. Kai says, Bryan’s condition quickly improved.

By the next morning, he was significantly better. His breathing tube was removed the next day. Within a few days, Bryan was sitting up in his bed, watching television. “I was dumbfounded when I woke up and they told me I had to have heart surgery,” he says, thankful for the good care he received. “I had no idea I had any kind of a heart problem.” The outlook is bright, Dr. Kai says. “Bryan should be able to have normal activities in his daily life.”

Bryan, now 30, went from being hours away from death to a new beginning. “They said I had a 1 percent chance to live when I went in. And now, I couldn’t be better.”

With three cardiologists on staff, the WMCHealth Heart and Vascular Institute’s new Division of Cardiology at MidHudson Regional Hospital is committed to providing the highest-quality comprehensive cardiovascular care to residents of Dutchess County and the Hudson Valley close to home, in the communities where they live.

“Bryan would not have survived 24 hours, maybe not even a few hours, without surgical intervention. This clearly was a save,” says Julio A. Panza, MD, Chief of Cardiology at WMCHealth. “Cases like Bryan’s truly give us a sense of purpose. We’re establishing a network to save lives across the Hudson Valley region. This is precisely the mission we’ve established for the WMCHealth Heart and Vascular Institute.”