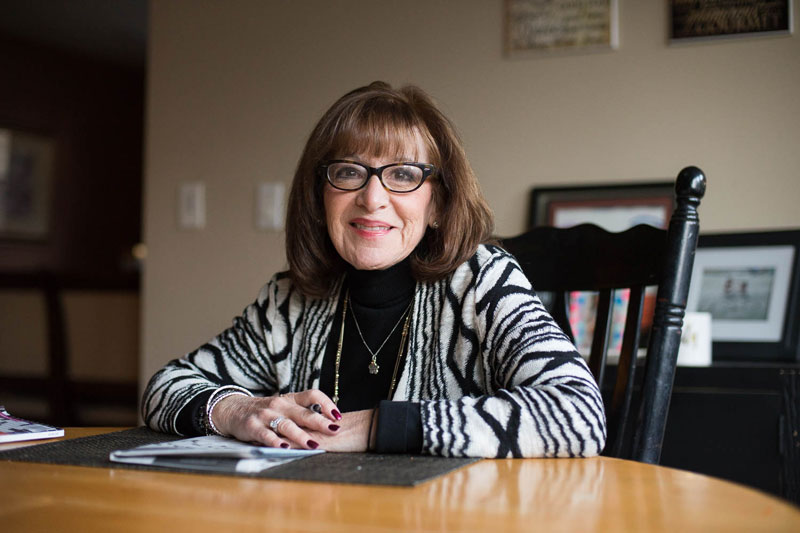 Robotic surgery at Good Samaritan Hospital allowed this New City woman to go back to her life and the things she loves.

Harriet Leitner of New City is retired, but few would describe her as retiring. When the 69-year-old isn’t babysitting her grandchildren or solving crossword puzzles, she she is likely to be taking a long, energetic walk. But late last winter, a persistent ache in her lower abdomen began taking the spring out of her step.

“The pain was always there,” Leitner, a former college professor, remembers. A gastroenterologist diagnosed her with diverticulitis, a digestive disease that causes inflammation of the colon. Her white-blood-cell count was high, as well, so she was admitted to Good Samaritan Hospital, a member of the Westchester Medical Center Health Network (WMCHealth), in Suffern. After a fourday stay, she improved enough to return home, but she still needed blood tests and colonoscopies to assess her condition.

The snow melted; flowers bloomed. But just as the weather became ideal for one of Leitner’s beloved strolls, the pain returned. In June of 2016, she found herself back at Good Samaritan. The news was bad: Her diverticulitis had intensified, and her white-blood-cell count was elevated again. In addition, a section of her colon had developed an abscess.

But there was good news, too: Peter Kaye, MD, Good Samaritan’s Director of colorectal surgery, was standing by to help. He was determined to see his feisty new patient get her active life back. “We gave Harriet antibiotics and watched her for a little while, but she wasn’t getting any better,” Dr. Kaye says.“We decided we would need to operate to remove the infected portion of her colon.” It was up to him to tell her.

While the idea of surgery can be unsettling, Leitner felt reassured from the moment Dr. Kaye walked into her hospital room.. “He exuded confidence, and he gave that to me,” she remembers. Dr. Kaye told Leitner he would perform a minimally invasive procedure called a robotic colon resection on her. As the name suggests, the procedure involves using robotic arms, along with a tiny camera and instruments, to remove the diseased part of her colon. Dr. Kaye was the first — and remains the only — physician who can perform this surgery in Rockland County. “I was also told that my healing time would be quicker, and I would have less pain. Sounded good to me!” Leitner says. 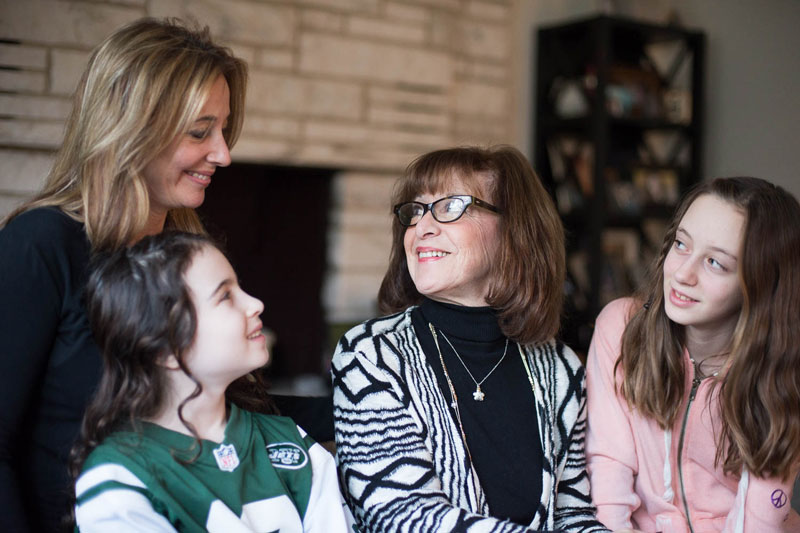 She remained in the hospital for nearly two weeks as the staff worked to stabilize her for surgery. “I knew everything about every nurse!” she laughs. Though she was physically uncomfortable, Leitner’s faith in Dr. Kaye kept her optimistic. “I kept on saying ‘This is going to pass,’” she recalls. Finally, in mid-June, Leitner’s white-blood-cell count had decreased enough for her to have the procedure.

In the operating room, Dr. Kaye made five small incisions in Leitner’s abdomen (“the biggest one was still only about three centimeters long,” he says). A tiny camera was inserted through one incision, allowing him to visualize the affected area of Leitner’s colon in great detail.

Next, controlling three robotic arms, Dr. Kaye inserted fine instruments inside Letiner’s abdomen. With precise maneuvers, he had them remove the diseased portion of Leitner’s colon, as well as her appendix. Within three hours, Leitner was out of surgery and on her way to recovery. Three days later, she left the hospital.

Leitner went to her daughter’s home for an additional 10 days to recover. “I felt good! No more abdominal pain,” Leitner recalls. Regular follow-up visits to Dr. Kaye confirmed she was doing as well as she was feeling — her white-blood-cell count was back to normal, and she was healing nicely. At each subsequent checkup, Leitner says, “Dr. Kaye was always so kind and reassuring. He’d say, ‘You look great! You’re doing well!’”

It’s the kind of happy outcome Dr. Kaye sees again and again: “We have done 200 cases of robotic colon resection, and it’s really dramatically lowered patients’ length of stay at the hospital and gotten them back to their normal lives much quicker,” he says. Thirty years ago, he notes, the average length of stay for the first phase of a colon resection was 10 days.

Leitner is now back to enjoying hobbies and the company of her husband, Mike, their children, and grandchildren. Yet each time she sets out to enjoy one of her walks, she remembers how Dr. Kaye got her back on the road to good health. “I had hoped he would become my ‘miracle man,’ and he did. I would recommend Dr. Kaye and the staff at Good Samaritan to anybody, without hesitation,” she says. “They took care of me, and they are really, really good.”

A Deeper Dive Into Diverticulitis

Although the exact cause of diverticulitis isn’t understood, several factors can increase your risk of developing this condition:

Aging. There’s a higher incidence of diverticulitis as age increases.

Diet. A diet that is high in animal fat and low in fiber can leave people more vulnerable to this condition.

Obesity. and Morbid obesity (being more than 100 pounds above one’s ideal weight) may also raise your chances of needing more-invasive treatments.

Lack of Exercise. Working out regularly and vigorously appears to lower susceptibility to diverticulitis.

Medications. Opiates, steroids, and non steroidal anti-inflammatory drugs, such as ibuprofen and