It Started With a Mosquito 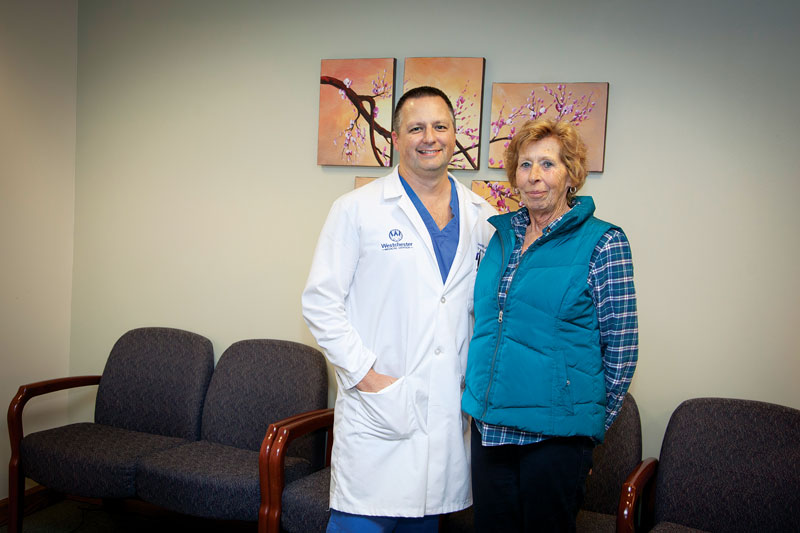 Fortunately, this Poughkeepsie woman consulted MidHudson Regional Hospital for diagnosis and treatment of a simple insect bite that refused to heal.

On a beautiful Wednesday afternoon in July, Christine Boehlert of Poughkeepsie was playing golf in a local women’s league. Riding in the cart to the next hole, she felt a mosquito bite her above the right ankle. She slapped at the pesky bug and then proceeded to complete her round. She forgot about the incident for a week or so, until she noticed the bite wasn’t healing properly. “It didn’t look or feel good, and it felt so raw. I couldn’t even let a sheet touch it,” recalls Boehlert, a human-resources assistant for a nonprofit organization.

Boehlert consulted her primary-care physician, tried various antibiotic ointments and took an oral antibiotic, but a few weeks had gone by, and her wound still wasn’t healing. Plus, she was experiencing increased pain in her leg, and her foot occasionally felt numb. A nurse at work suggested she consult the Center for Wound Healing and Hyperbaric Medicine at MidHudson Regional Hospital in Poughkeepsie, a member of the Westchester Medical Center Health Network (WMCHealth), where she saw Associate Chief of Vascular Surgery Jayesh Modi, MD. “He said that he suspected I had blocked arteries,” says Boehlert, “and after a few weeks of trying to get the infection to go away, he suggested I see his associate, Dr. Fulton.”

An ultrasound of her leg, ordered by Joseph Fulton, MD, MidHudson Regional Hospital’s Chief of Vascular Surgery, revealed that Boehlert had a significant artery blockage on her right side and a smaller one on the left. A subsequent CT scan confirmed that she would indeed need surgery.

Boehlert was diagnosed with peripheral artery disease, or PAD, a subset of atherosclerosis. A type of vascular disease, it involves a buildup of plaque — composed of cholesterol, fat and other substances — in the arterial walls of lower extremities. “The plaque buildup inside the layers of the artery causes a decrease in the luminal size, or the inner opening, causing a blockage and decreased blood flow,” explains Dr. Fulton.

“Smoking and diabetes are the greatest risk factors,” adds Dr. Fulton, regarding the primary causes of the disease. Boehlert is a Type I diabetic who was smoking about a half a pack of cigarettes daily.

Other risk factors include hypertension, high blood pressure, high cholesterol and advancing age. While the majority of PAD patients are asymptomatic, those like Boehlert can experience claudication, which is exertion-induced cramping and pain in the legs and feet.  If the blood supply is  bad enough, skin breakdown may occur, or wound healing can be impaired.

In September, two months after the mosquito bite, Boehlert had surgery. Dr. Fulton performed an endarterectomy, in which he made an incision in her right groin, cleaned out the plaque in her common femoral artery and sewed in a patch. Finally, he performed a balloon angioplasty, where an artery is inflated to create cracks or fissures in the plaque, allowing the artery to expand. The balloon is then deflated and removed.

So what can one do to lower the risk of PAD? Dr. Fulton recommends lifestyle modification, including smoking cessation, optimizing nutrition, weight loss and exercise. In many patients, certain medications such as aspirin or an anti-cholesterol agent are beneficial but should first be approved by one’s physician. Dr. Fulton believes that a person at risk for PAD would significantly benefit from a plant-based diet.

Happily, Boehlert quit smoking, cold turkey, the day before her surgery. Today, she says she feels wonderful, as well as grateful for the excellent care she received at MidHudson Regional Hospital.

“Dr. Fulton was in my room one hour after the surgery and could already feel that my leg was warm and that I had a strong pulse in my foot,” she recalls. “Not only does he obviously know what he’s doing, he is very personable and explains things in a way you can understand.” Boehlert was equally impressed with the compassion and caring shown to her by the hospital’s nursing staff. “Right before I went in for surgery, a nurse calmed me down with a hug and said, ‘It’s alright, honey; we are going to take good care of you.’ And they did.” 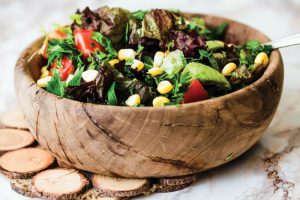 Between 30 and 50 percent of those diagnosed with atherosclerosis also have heart disease later, explains Dr. Fulton, because if there is a blockage in one vascular bed, chances increase that there will be multiple ones elsewhere. “People who have atherosclerosis have a two- to threefold increase in dying in the ensuing 5 to 10 years, generally from things like heart disease and stroke,” says Dr. Fulton. Sobering as that might be, a diagnosis allows the patient to make certain lifestyle and medical changes that can significantly reduce the risk of that happening.

So what can you do to reduce your risk of heart disease and atherosclerosis? Dr. Fulton recommends the following:

1. Eat a healthier diet, including one that is heavily plant-based.

5. If you are a diabetic, talk to your doctor about the best ways to control your blood sugar.

6. If you have high cholesterol, consult your doctor about diet modifications and the possible use of statin medications.

7. If you have high blood pressure, talk to your doctor about possible medical treatments, including medication.

8. Ask your doctor about the advisability of taking an aspirin daily.

9. Talk to your doctor about any other lifestyle or medical modifications he or she thinks are indicated for you.