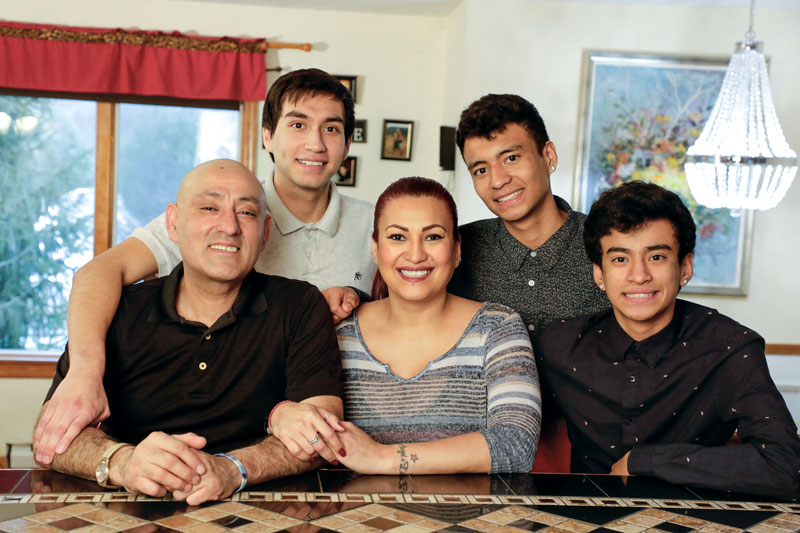 Until last year, Sandra Nunez was a perfectly healthy mother of three teen boys. She and her husband, Fernando, were excitedly expecting a fourth child. But in April 2017, Sandra suffered a miscarriage in her second trimester. She had no idea why; her other pregnancies had been uneventful.

She spent the night of the miscarriage at a local hospital. Her blood pressure was high, but doctors identified no other health issues. In August, though, she developed headaches. She started seeing a neurologist, who gave her medicine for migraines, “but they didn’t help at all,” she says.

In fact, things got worse. In September, her vision blurred and she temporarily lost sight in her right eye. She went to an ophthalmologist, who said that her eyes seemed normal but that she should go to the emergency room because her vision problems might be caused by a more serious condition, like a stroke or a tumor. “I told my husband, ‘Take me to Westchester Medical Center, because you always hear that is one of the best hospitals,’” she says.

“Her strokes were mostly small, but the largest was in the area for her right eye’s peripheral vision,” she says. Blood tests also revealed that she had below-normal levels of platelets, the blood component involved in clotting. When Dr. Sahni learned that Nunez had miscarried a few months earlier, she suspected a rare condition called antiphospholipid syndrome.

This condition is an autoimmune disorder in which the body’s immune system produces antibodies that attack phospholipids, a type of fat that plays a critical role in blood clotting.

This can cause the kind of blood clots that would explain the multiple strokes that gave her headaches and vision loss. It also can lead to pregnancy complications, such as miscarriage and stillbirth.

Dr. Sahni started Nunez on the anticoagulation medicine Coumadin. However, “because we saw so many strokes in different parts of her brain, we were suspicious of what was going on in her heart, too,” she says. Antiphospholipid syndrome can also cause heart damage, particularly to the valves that keep blood flowing properly through the heart. So, Dr. Sahni called on the expertise of Westchester Medical Center cardiologist Mala Sharma, MD.

“When a young person comes in with a stroke, we always look for cardiovascular reasons, including abnormalities in the heart and valves,” Dr. Sharma says. She had Nunez take an echocardiogram test, using a device sent into the esophagus to get close to the heart itself. The scan revealed small growths on the mitral valve, which controls blood flow from the left atrium to the left ventricle. These growths, called vegetations, were “a very important finding,” Dr. Sharma says. They can dislodge from the valve and travel through the bloodstream until they clog small arteries, and were the likely cause of the strokes.

In most cases, vegetations are caused by some type of infection, Dr. Sharma says. “But usually, there are other symptoms like fever. She did not have those symptoms. Given that she had no other signs of infection, we suspected noninfectious causes, and one of the risk factors for this condition is an autoimmune disorder.” 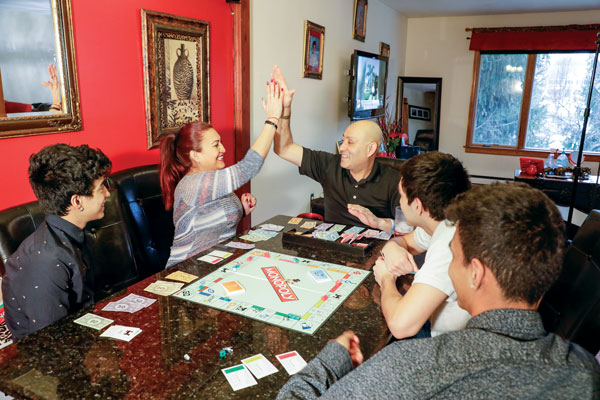 Nunez is happy to be home and feeling great.

Nunez then saw hematologist John Nelson, MD, and rheumatologist David Knapp, MD, to confirm and treat the suspected autoimmune disorder. “For most patients, autoimmune care should take care of the growths,” Dr. Sharma says. “Autoimmune treatment is effective, so her prognosis is good. In young patients, stroke is very disabling, and it is wonderful to see how much improvement she has shown.” Dr. Sahni agrees. “It makes my job easier to have so many experts here at WMCHealth to collaborate with on treatment plans in rare cases like this.”

Nunez spent three weeks at Westchester Medical Center. She continues to take anticoagulants, blood pressure medication and antiviral treatments from her rheumatologist, which have successfully reduced growths on her mitral valve. And she likely will continue to see Dr. Sahni for follow-ups each year.

One lesson for others, she says, is that even young, healthy adults with no apparent risk factors for stroke need to be aware of the signs and symptoms. “This all developed in a few months, so when you think something is wrong, see a physician,” she says.

Nunez is feeling well now. Her headaches are gone and her vision is normal. “I’m back home with my husband and three active sons, who love to play sports. I was even able to travel to El Salvador recently to visit family,” she says. “Everyone at the hospital was so great, the doctors, the nurses, even the cleaning staff. The first week in the hospital, Dr. Sahni said to me, ‘Don’t worry.’ She treated me like part of her family.”

What is Antiphospholipid Syndrome?

Those with APS produce abnormal proteins called antiphospholipid autoantibodies in the blood. This causes blood to flow improperly and can lead to dangerous clotting in arteries and veins, problems for a developing fetus and pregnancy miscarriage.

APS affects women five times more commonly than it does men. It is typically diagnosed between the ages of 30 and 40. Like most autoimmune disorders, APS has a genetic component, although there is no direct transmission from parent to offspring.