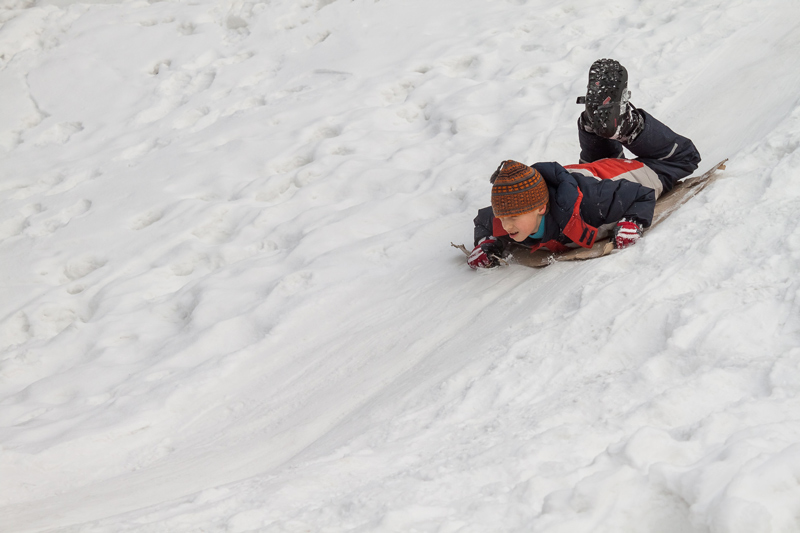 The sloping hills of Croton Gorge Park draw throngs of children over the winter, including 11-year-old Liam Thielking, who dashed up to the woods where older children go sledding with two friends on January 26, 2014 to break in a new sled. His father, Erik, waved goodbye, remaining on the main hill with Liam’s younger sister.

A few minutes later, one of Liam’s friends raced back, telling Erik, “You need to come right now.”

Liam was lying on the ground, having struck his head after losing control of the sled and getting pitched airborne.

“He was conscious but really hurting and not easily able to talk,” his father recalls. He helped Liam down the hill to meet the ambulance. “I am so thankful  the  paramedic suggested we go to Maria Fareri Children’s Hospital,” Erik says.

Michael Tobias, MD, Co-Chief of Pediatric Neurosurgery at Maria Fareri Children’s Hospital, a member of the Westchester Medical Center Health Network, saw the contusion on Liam’s head, looked at the scans, and knew that Liam had suffered a severe head trauma. Liam had two intracranial hematomas (blood clots) and elevated pressure in his head. The trauma to the brain, much like a bruise to any other part of the body, causes it to swell — an injury so severe, it required an immediate craniectomy: cutting away a piece of Liam’s skull to relieve the pressure. As in the case of Natasha Richardson, the actress who died in 2009 after a blunt impact to her head, Liam’s two hematomas could have been fatal.

“That’s when it hit: we could lose him,” says Erik, his voice catching.

Within 15 minutes, Liam was in surgery. He was placed in a coma for a week. The team at Maria Fareri Children’s Hospital worked with his family to ensure his survival. The year that followed included four more surgeries, months of inpatient and outpatient rehab.

“It was a marathon,” says Erik. “But the doctors and nurses at Maria Fareri Children’s Hospital were amazing, and Dr. Tobias saved his life.”

Today Liam, who turned 13 over the summer, has returned to school — and many sports. It will never be safe for him to play high-impact sports, and for now he must avoid all activities requiring helmets, even with titanium replacing part of his skull bone. But should he return to sledding, he will always wear a helmet and his father has labored to raise awareness for other children to do the same.

“We’d always insisted on it when he went skiing and rode his bike — even his scooter,” says Erik of life before the accident. “As a result of this, we’re saying, ‘In an activity where there is the least control over speed and direction, helmets are absolutely essential.”

How common are sledding injuries? The American Academy of Pediatrics estimates those snow-propelled slides send 20,000 children to the emergency room each year. As a Level 1 Pediatric Trauma Center, Maria Fareri Children’s Hospital sees hundreds of children each winter who have gotten hurt while sledding — from bruises and scrapes to broken bones, fractured skulls, brain trauma and intra-abdominal injury.

With a team of pediatric surgeons, orthopedists and neurosurgeons, Maria Fareri Children’s Hospital can treat injuries that range from mild to severe. 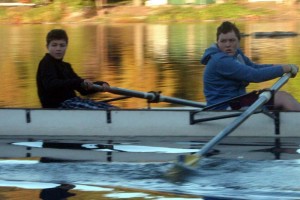 Less than two years after his accident, Liam (right) returned to low-impact sports.

“We have all the resources in place to take care of injuries and promote injury prevention,” says Darshan Patel, MD, Chief of Pediatric Emergency Medicine at Maria Fareri Children’s Hospital. That includes giving out helmets to children recovering from sledding injuries and reaching out to the community to help parents keep children safe.

Nearly all sledding injuries are preventable, especially by planning ahead and venturing out with your child to watch him sled.

“In 50% of the incidents we see, children were sledding unsupervised,” says Dr. Patel.

Rather than pulling the plug on a winter rite of passage, here are guidelines to ensure sledding stays fun — and safe.

Scout the space. “As soon as it starts to snow,” says Dr. Patel, “children will run out to find the ‘coolest’ hill. Designate a sledding area and check it out to make sure it’s safe — before the first snow even hits the ground.” The ideal sledding area, according to Mary McCarthy, Trauma Injury Prevention and Outreach Coordinator for WMCHealth, is one that’s wide and open, free from collision hazards such as trees, fences, poles, rocks or boulders. Watch out for water hazards too, such as ponds or lakes; even frozen over, they may not bear a child’s weight. The hill should also end in enough of a flat runoff that sledders can slow down, with ample buffer against parking lots and roads.  And if the hill is swarming with kids (and cross-hatched with sled tracks), wait until the crowds thin out, to avoid collisions with others.

Consider your child’s age. “I tell parents, children can start to sled at the same age they start to ride a bicycle,” says Dr. Patel. “Kids need to have the body control to steer, and have the insight and ability to stop. It is not recommended for children 5 and under. The younger they are, the more supervised they need to be.”

Check the weather — above and below. “Extreme cold, snow and icy conditions contribute to unsafe conditions,” says McCarthy. “Any icy hardening of the surface can lead to cuts, scrapes and potentially dangerous lacerations. It can also contribute to excessive speed and an inability to steer or stop a sled, which can result in collision or serious injury.” Dr. Patel agrees: “If terrain has become icy, avoid it at all costs.” And remember: Slick layers of ice can be hidden under fresh snow. And poor visibility in a sudden squall is also a hazard. “If you can’t see 5 or 6 feet in front of you, you shouldn’t be sledding,” says Dr. Patel. On the other hand, a sprinkling of snow won’t provide enough momentum for the sled; make sure there are several inches. “A sled will stop abruptly on a ground with no snow, and the child will be ejected off and may hit something,” Dr. Patel says.

Use proper equipment, properly. The sled itself should have a steering mechanism; avoid inflatable tubes, snow disks or anything not designed as a sled (think garbage can lids, trays or tarps), says McCarthy. “Sleds that are damaged, cracked or broken should be discarded.” Dr. Patel recommends a helmet. He recommends children sled feet first as opposed to head first, to better control the sled and reduce the risk of head injury. And, he recommends riding solo — one person on the sled. “When an adult gets on, you’re putting a child in the middle of you and what you’re going to hit.”