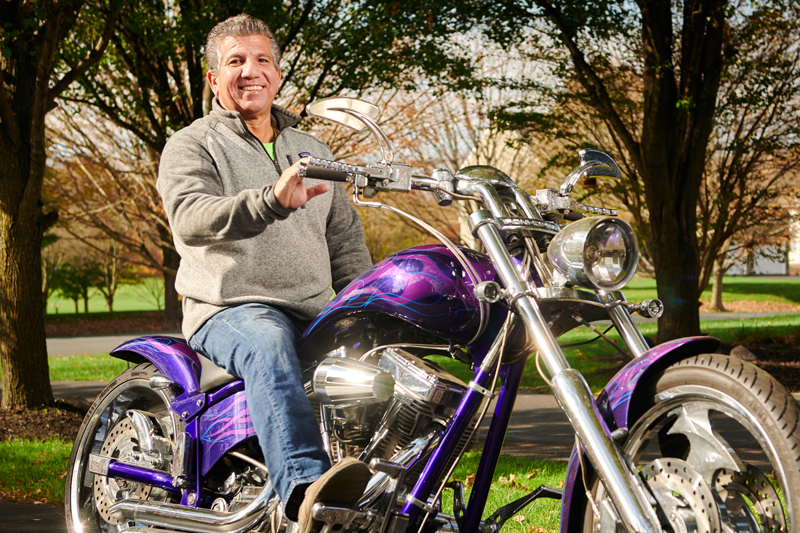 When a Maryland hospital couldn’t fix his heart problem, Levon Andonian traveled here and got a new lease on life.

Levon Andonian, 56, of Rockville, MD, has always considered himself physically fit. But that self-perception was shaken three years ago when he had trouble carrying a mattress up some stairs. “I got winded and dizzy at the first flight,” says Andonian, who owns a mortgage company.

After undergoing testing at a prominent local medical center, Andonian learned he had a genetic disease called hypertrophic cardiomyopathy, which made his heart muscle thicken abnormally. In fact, the wall had thickened so much, it was partly blocking the exit point where blood leaves the heart to circulate through the body. As a result, whenever Andonian exerted himself, blood would back up into his lungs and his blood pressure would drop, causing shortness of breath and dizziness.

To make an appointment with a hypertrophic cardiomyopathy specialist at Westchester Medical Center, call 914.598.7651 or go to WestchesterMedicalCenter.com/hcm for more information.

Complications of hypertrophic cardiomyopathy can include heart failure, irregular heartbeat and sudden cardiac death. Though procedures existed to address the problem, the physicians at Andonian’s local medical center didn’t feel he was a good candidate at that time. Instead, he was put on a beta blocker to help the blood exit his heart more easily. He was also ordered not to lift anything heavy — difficult news, since Andonian enjoyed weightlifting. The result was that Andonian lost quite a bit of strength over the two years that followed.

In late 2018, Andonian had a weekend getaway with some friends. “One of them is a cardiologist,” he says. “He saw I was always winded. Finally he said, ‘That’s just not right. Can you do me a favor? Call my friend, Dr. Naidu, up at Westchester Medical Center.’”

Andonian was hardly the first person to make the journey: Westchester Medical Center is a Center of Excellence for hypertrophic cardiomyopathy and draws patients from across the country. “Levon was having frequent lightheadedness. That’s a big sign that something needs to be done,” Dr. Naidu says. “Typically you can start with medications, but he was already on very high doses of a beta blocker. At those doses, you can get depressed and fatigued and have all kinds of side effects.”

After examining his new patient, Dr. Naidu had good news. Unlike Andonian’s previous physicians, Dr. Naidu thought he was a great candidate for a nonsurgical procedure to reduce the thickened piece of muscle creating the partial blockage. “It was wonderful to hear him say, ‘I can fix this,’” Andonian remembers.

Dr. Naidu injected contrast dye into the arteries, testing each until he found the one supplying blood to the area causing the obstruction. Next, he injected the area with pure alcohol. “It kills that part of the muscle,” he explains. “The muscle then shrinks, so it’s much more flat.” Locating the correct artery and applying the alcohol is done very precisely. “If it goes anywhere else in the heart, it will kill that part of the heart,” he explains.
The two-hour procedure, performed under local anesthesia, was a success. “I was coherent right after,” Andonian marvels. After two days in intensive care and three more in the hospital, he then stayed locally for a few days to make sure there were no complications. He was put on relatively small doses of medication and sent home.

Back in Maryland, Andonian soon returned to his normal life with renewed vigor. Patients in his age range report feeling 20 years younger after their muscle problem is corrected, Dr. Naidu notes. Andonian now enjoys walks with his wife, two daughters and his two teacup Yorkies. In addition, he’s back to the gym, lifting weights and even running with no dizziness or shortness of breath.

As one might expect, Andonian is eager to express his opinion about his experience with Westchester Medical Center. “It was unbelievable,” he says.

“Did it make my life better? One hundred percent. Actually, when people ask me how I feel, I tell them: ‘120 percent better!’ I no longer limit myself, and I’m no longer scared. There’s nothing I can’t do.”