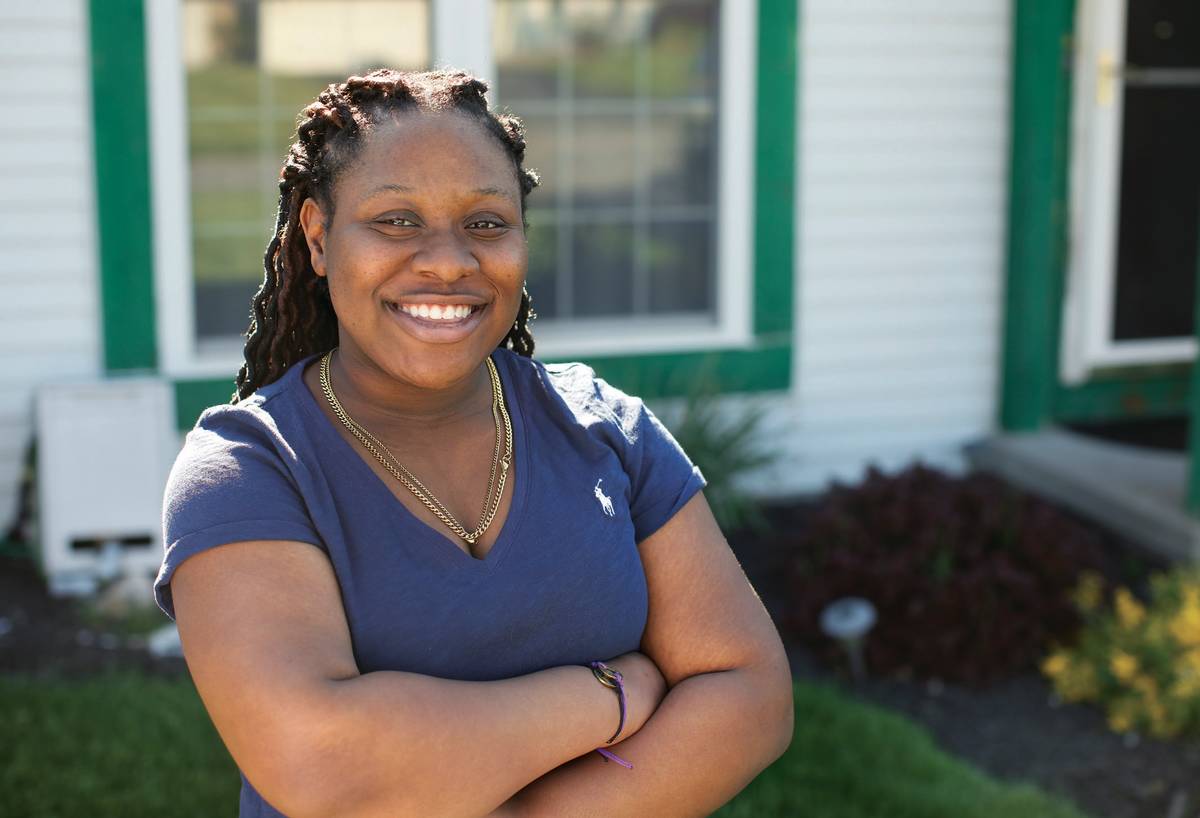 Fifteen-year-old Amia Murray has been seizure-free since her minimally invasive brain surgery. Photos by Matt Wittmeyer

But when Amia was about 5, Ashford, a licensed practical nurse, noticed her having hand tremors, first in her sleep and then while she was awake. When she developed a weakness in her right side that caused her to slump over, her pediatrician recommended that she be taken to a local emergency department. Testing showed that Amia had epilepsy, a disorder in which nerve cell activity in the brain is disturbed, causing seizures. Affecting 1.2% of the U.S. population, the disorder impacts 26,600 children under 18 in New York State.

Amia was placed on anti-seizure medication and did well initially. But by the time she was 11, her condition progressed to full convulsions, even while on medication. Her neurologist referred her to Maria Fareri Children’s Hospital. As a Level 4 Epilepsy Center, the WMCHealth facility provides the most comprehensive pediatric care available in the region.

There, she was evaluated by neurologist Steven Wolf, MD, who confirmed her diagnosis of intractable epilepsy, in which medication is ineffective in eliminating seizures. He referred her to his colleague, Carrie R. Muh, MD, Division Chief, Pediatric Neurosurgery and Surgical Director of Pediatric Epilepsy. Dr. Muh determined that Amia was a candidate for a pair of new minimally invasive brain surgeries. The first procedure would determine the location in her brain where her seizures originated, then the second would remove the abnormal area, potentially resolving the condition.

Dr. Muh says Amia’s prognosis is “excellent.” While each patient’s condition is individual, says Dr. Muh, for some types of epilepsy, up to 80% of those receiving ablation have seen a significant decrease in their seizures. “For a long time, many patients with epilepsy were treated with medicine alone, and there was concern about the risks of surgery,” she says. “Now, recent studies have found these new procedures to be safe and effective for appropriate patients.”

Dr. Muh recommends that patients be evaluated at a Level 4 Epilepsy Center, such as Maria Fareri Children’s Hospital, to take advantage of the new minimally invasive procedures now available.

Now, Amia looks forward to doing activities that she wasn’t able to before, like swimming, biking, gymnastics and even light boxing — a new activity she has recently taken up with her father.

Both Amia and her mom praised the care she received at Maria Fareri Children’s Hospital. “Dr. Muh answered most of my questions before I asked them and helped me sort out the different options. And when I was scared of going under anesthesia, she held my hand until I was out,” says Amia. Adds Ashford, “Not only did they give Amia excellent care, they offered me great support, as well.”

This distinction reflects the highest level of medical and surgical evaluation, as well as treatment for patients with complex epilepsy.

WHAT TO EXPECT: LASER ABLATION

Performed under general anesthesia, this typically hour-long procedure uses a computer-guided laser to target and destroy the previously identified abnormal brain tissue causing the seizures. Amia was in the hospital four days post-op and was able to return to school in 10 days. Six weeks after the surgery, she was seizure-free. Amia continues to see Dr. Wolf, who will slowly wean her off her medication, a process that can take approximately a year.

TO LEARN MORE ABOUT OUR PEDIATRIC NEUROSURGERY SERVICES ACROSS THE WMCHEALTH NETWORK, PLEASE CALL 914.775.5437 OR VISIT MARIAFARERICHILDRENS.ORG/NEUROSURGERY