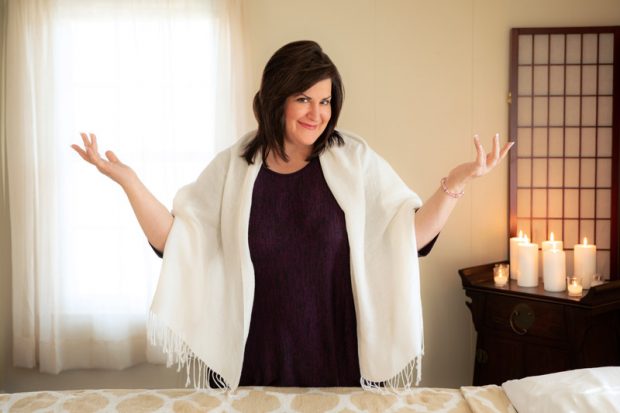 In the late autumn of 2017, Cindy Franze was blowing leaves in the backyard of her Wappingers Falls home when something went horribly wrong.

Working long hours on her feet as a hairstylist and reiki practitioner in Hopewell Junction, Franze, 58, was no stranger to back pain, but this spasm struck her like a bolt of lightning. “It was horrific. It was the most unimaginable pain I’d ever felt in my life,” she says.

Unable to drive, she was transported by ambulance to a local hospital, where, unfortunately for Franze, relief would not be found. “I was X-rayed, and they misdiagnosed me with scoliosis,” says Franze. “I stayed in the hospital for several days.”

Back at home, Franze resigned herself to facing the holiday, dulled by medications that did little to conceal her excruciating pain. Franze’s friends rallied to look after her around the clock. After midnight one night, a neighbor dashed through the snow in slippers to answer Franze’s call for help. As luck would have it, that same neighbor happened to be an employee of the Westchester Medical Center Health Network (WMCHealth). Knowing firsthand the excellent reputation of the orthopedic program at MidHudson Regional Hospital, a member of WMCHealth, her neighbor promised, ‘We’ll get to the bottom of this. We will get the right doctor for you.’”

“Given the severity of her pain and failure of conservative treatments,  surgery became her best viable option for significant long-term relief.”

Franze was referred to orthopedic spine surgeon Yigal Samocha, MD. Due to the urgency of Franze’s situation, she was seen immediately. An MRI revealed a herniated disk — a common, though sometimes extremely painful, condition.

“We don’t typically jump immediately into surgery in these cases,” explains Dr. Samocha. “Our protocol is to try noninvasive treatments first, including medication and physical therapy. So, I referred her to our pain-management specialist, who saw her that same afternoon.”

While injections from the pain-management specialist did bring relief, it was fleeting, as the pain returned after a few hours. “Given the severity of her pain and failure of conservative treatments, surgery became her best viable option for significant long-term relief,”says Dr. Samocha.

The surgery was scheduled for January 4, 2018, but yet another obstacle threatened: A severe snowstorm was forecast. Franze expected the surgery to be canceled, but then the phone rang. It was Dr. Samocha’s office, with exactly the message Franze wanted to hear: “Dr. Samocha will be there tomorrow – snow or no snow.”

Franze felt a wave of relief. 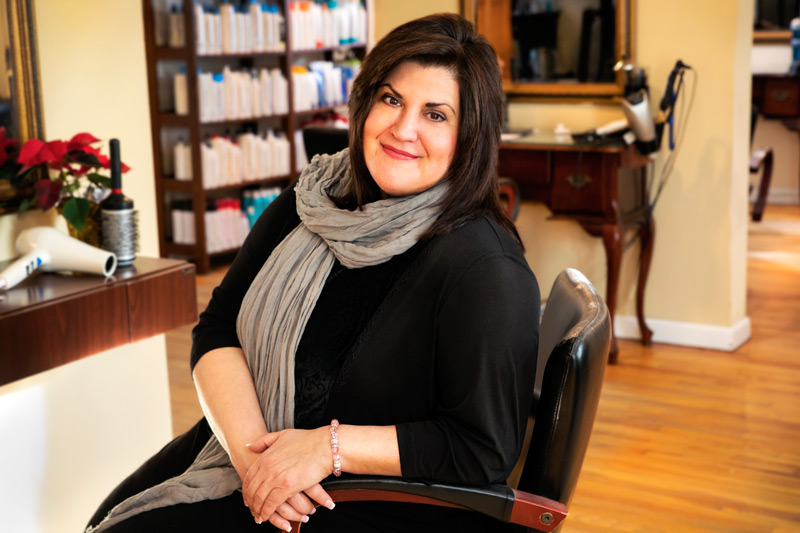 Thanks to the care she received at MidHudson Regional Hospital, Franze has returned to work as a hairstylist and is feeling no pain.

“I was so eager to get there that I arrived several hours early for my procedure,” Franze recalls. “And to my surprise, MidHudson Regional Hospital opened its doors to me. They gave me a bed and made me feel comfortable until it was time for the surgery.”

Dr. Samocha repaired Franze’s herniated lumbar disk in a procedure called a microdiscectomy, a minimally invasive surgical procedure in which portions of the herniated disc are removed to relieve pressure on the spinal nerve. “The surgery went well,” says Dr. Samocha. “It did not resolve her chronic underlying arthritis, but she is now able to live a normal, healthy life.”

Following the surgery, her pain level had dropped from “intolerable” to a “level 1.” Supported by physical therapy, her recovery thankfully held no surprises. “It all happened exactly as Dr. Samocha explained it would. He said, ‘You’ll experience this at three months, this at six months and this at one year.’”

“Cindy’s case shows us that when it comes to patient care, sometimes it’s the little things that count,” says Dr. Samocha. “At MidHudson Regional Hospital, we’re certainly capable of and do treat a variety of higher-acuity situations, traumas and pathologies. But in Cindy’s case, it was all about listening and being responsive to her needs.”

“I am amazed at all of the great care I received, not only from Dr. Samocha but from all of the staff at MidHudson Regional Hospital,” Franze said. Now, reflecting on her painful ordeal, her perspective has shifted. “It was a difficult experience. I lost three months of work and income. But it also helped me appreciate the good things about my life — how many wonderful friends and neighbors I have, and how much my family loves me.”