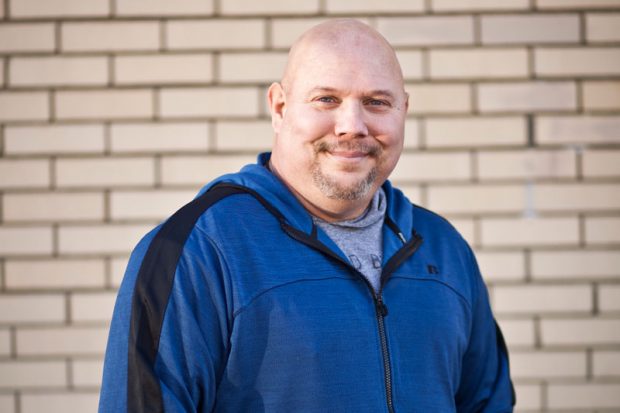 After a near-fatal heart attack, this champion powerlifter is pressing on, thanks to the care he received at WMC.

A graduate of Cornwall High School, Nielsen, 51, practiced martial arts and competed in judo and jiujitsu in New York and Florida for more than two decades. After becoming “bored” with his gym workouts, he decided to take up powerlifting, in 2013. He soon parlayed his love for the sport into a no. 2 ranking for powerlifting in the U.S.

Nielsen was admitted to a local hospital on July 13 in cardiogenic shock — his heart simply couldn’t pump enough blood to meet his body’s needs, a rare and often fatal type of heart attack. In addition, he suffered from rapid atrial fibrillation (irregular heartbeat) and acute liver and renal failure, as well. “If it wasn’t for my wife, Elizabeth, I wouldn’t be here,” he says. “I don’t even remember it, but she’s the one who took me to the hospital.”

“We realized immediately that he was very sick and dying from heart failure,” says Dr. Lanier. “His eyes were yellow, and you could see his body was shutting down. 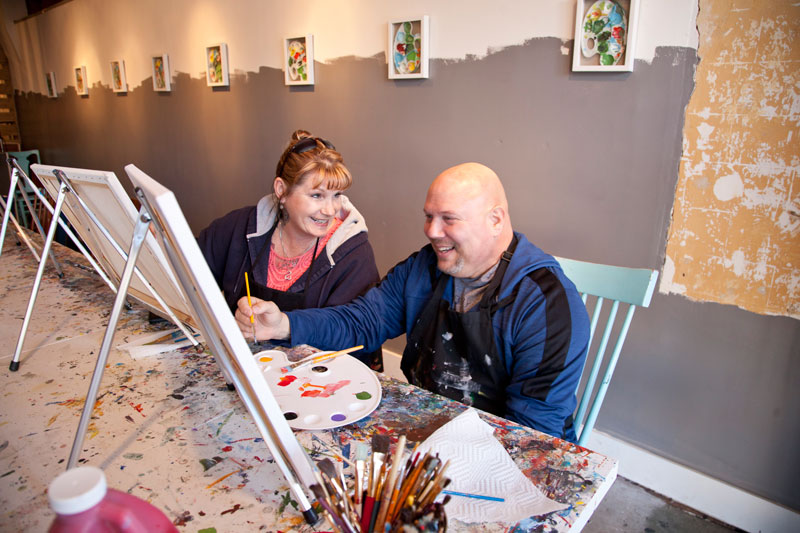 “We moved as quickly as possible to stabilize him,” Dr. Lanier continues. “When a person’s heart is that weak, if you don’t improve blood flow to the different organs, you can miss a finite window to save someone. If there had been a delay of even six hours, Shawn would not have survived.” WMC focuses on consistency and continuity of care from diagnosis and stabilization to discharge. This means that the same team of doctors and nurses treated Nielsen during his 18-day stay as he progressed from the ICU to the Critical Care Unit and then discharge from the hospital.

When Nielsen arrived at WMC, he and his family were all very anxious, really scared, says Dr. Lanier. “My main role was to convey: ‘I got it; I’m going to take care of you.’ He may require heart surgery or a transplant in the future, but for now, medication and close monitoring is giving Shawn a good and normal life.”

Nielsen, the father of five, has an upbeat attitude. Since returning to his home in Beacon on August 5, his heart irregularities have been brought under control with regular follow-up visits with Dr. Lanier, medication and an Implantable Cardioverter Defibrillator (ICD). His liver function is fully restored, and his kidney function continues to improve.

“I weigh 235 pounds, lighter than I’m used to. When I was competing, I beat Olympic athletes. My name is in the record books, and no one can take that away from me,” says Nielsen. “Now, I like to fish, and I like to spend time with my two brothers. I do whatever the day brings: go to a wine tasting or pottery class with my wife, have a hot cup of tea and talk with everybody for hours, take a walk. If it makes me happy, it could be anything.”

Though he may be able to return to the gym someday, Nielson is focused now on his quality of life. “It’s just a change. I’ve got to embrace it. I’ve talked with my sensei about t’ai chi, and there are still things I can do.” He returned to his job as an electrician in February and offers simple advice to others: “Listen to your doctor; keep your spirits high, and stay strong. I’m happy when my feet hit the floor in the morning and when my head hits the pillow at night.”

“Weak as my heart was, I didn’t know if I’d get off the ventilator or if I’d be living on a machine,” Nielsen adds. “I’m alive today by the grace of God and the people at Westchester Medical Center. The doctors and nurses there all do their jobs superbly.”