Radiothon Raises Funds and Awareness for Children With Medical Challenges 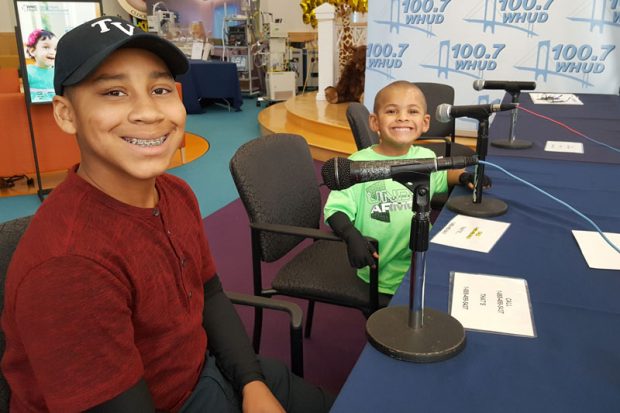 The hospital provides children from the region and beyond with life-changing and lifesaving care. Throughout the broadcast, personalities from 100.7 WHUD interviewed children and families who returned to the hospital to share their stories of triumph over significant medical challenges with the help of the Children’s Hospital.

Donations were raised through pledges called into WHUD, as well as those made online and through donations from corporate sponsors like ShopRite, which raised more than $150,000 during and after the radiothon.

100.7 WHUD has been a consistent supporter of the Hudson Valley’s children’s hospital for more than a decade. The radiothon featured personalities Mike Bennett and Kacey Morabito Grean, Tom Furci and Andy Bale.

Pictured: Former patients and their families return to Maria Fareri Children’s Hospital every year to be interviewed by 100.7 WHUD personalities.

0
Step By Step
My spouse has been drinking too much. What's the best way to address this?