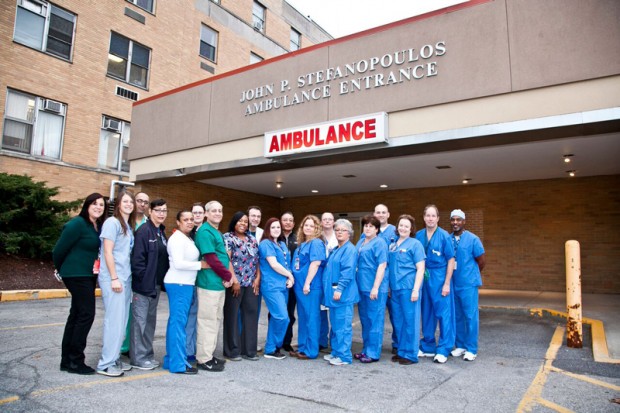 Faced with a potentially fatal construction-site accident, the trauma team at MidHudson Regional Hospital worked quickly to save a life.

A mysterious puncture wound. A language barrier. A nail piercing the heart. A life on the line.

This stranger-than-fiction scenario unfolded in less than an hour last summer at MidHudson Regional Hospital, a member of the Westchester Medical Center Health Network.

“I saw a gentleman hurrying a young man through our sliding glass doors. He was clearly in urgent need of care,” said Carole Hilbrandt, RN, in the Emergency Department at MidHudson Regional Hospital. “Upon initial assessment we found a small puncture wound on the left side of his chest. I remember thinking to myself, Was this guy shot?”

Radiologists quickly located the problem — a foreign object burrowed into the man’s heart. Imaging studies also showed that fluid — most likely blood — was surrounding the heart. To relieve pressure on the heart, doctors quickly performed a pericardiocentesis: using a needle to withdraw fluid from the sac between the heart and the chest.

With help from hospital interpreters, physicians and nurses began piecing together the mysterious circumstances that brought this young man to the Emergency Department. He had been helping his uncle at a construction site when a nail fired from a nail gun pierced the board he was holding, penetrating his sternum. Faced with a dire situation, his uncle raced him to the Trauma Center at MidHudson Regional Hospital.

Now the trauma staff faced a number of split-second decisions.  They had the capability to open his chest in the Emergency Department but felt it was better to get him to the fully equipped, high-tech environs of the operating rooms. “I alerted the OR team (including Zubair Zoha, MD, Associate Chief of Trauma Surgery) that our patient was headed right upstairs,” says Carly Herr, RN.

When the surgical team opened the patient’s chest, Dr. Zoha visually confirmed the nail had indeed lodged itself in his heart, and he was continuing to lose blood. The team knew they needed to remove the object and close the wound without delay. Along with Surgical Technician Todd Alston, the team was able to remove the nail. Dr. Zoha placed his finger into the hole to stop the hemorrhaging.

But the trauma team faced yet another significant challenge: “Before I could put the stitches over the opening, before I could repair it, the patient’s heart stopped. He was going into cardiac arrest,” says Dr. Zoha. With his finger still plugging the hole, he reached into the young man’s chest with his other hand and began massaging the heart manually.

“We needed to stimulate circulation to keep the heart pumping and keep the blood flowing to the brain,” Dr. Zoha says.

This maneuver resulted in the patient’s heart restarting, giving the trauma surgeon the time and stabilization necessary to close the wound to the heart. The surgery was a success, and nine days later, the patient was released.

Reflecting back on the case, Dr. Zoha praises all members of MidHudson’s trauma team — Operating Room, Emergency Department, surgeons, cardiologists, intensive care, and the blood bank — with coming together to do what they do best, save a life.

“That day was a prime example of everyone working as one with a single goal in mind,” Dr. Zoha says. “The patient went from going into cardiac arrest on the operating table to a full recovery.”

WMCHealth is home to Level I and Level II trauma centers, caring for our area’s most ill and injured patients. 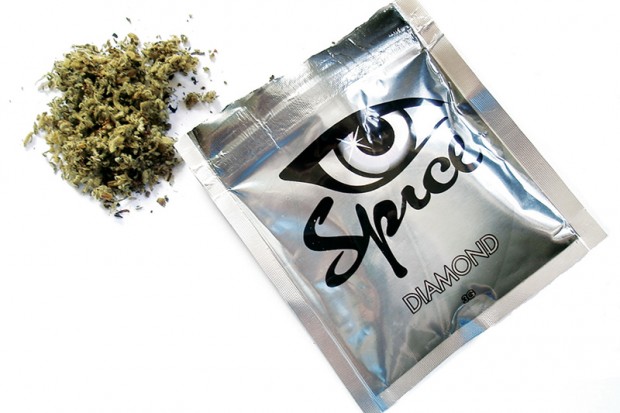 Between April 1 and June 30 of this year, New York State saw more than 1,900 emergency department visits and more than 680 poison control center calls associated with synthetic cannabinoid (aka synthetic marijuana) use. This was a tenfold increase over the same period in 2014. END_OF_DOCUMENT_TOKEN_TO_BE_REPLACED 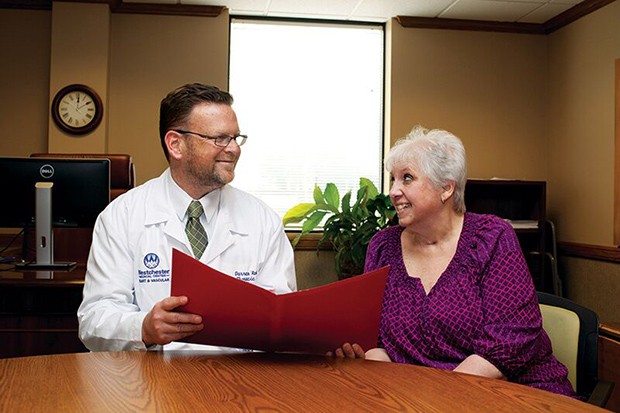 When 55-year-old Sharon Young of Wappingers Falls was transported to the Emergency Room at MidHudson Regional Hospital of Westchester Medical Center last August, the last thing she expected was a two-month stay in the Intensive Care Unit. Having had an esophagectomy a month and a half prior, Young was supposed to have been on the other side of a bout with esophageal cancer. END_OF_DOCUMENT_TOKEN_TO_BE_REPLACED 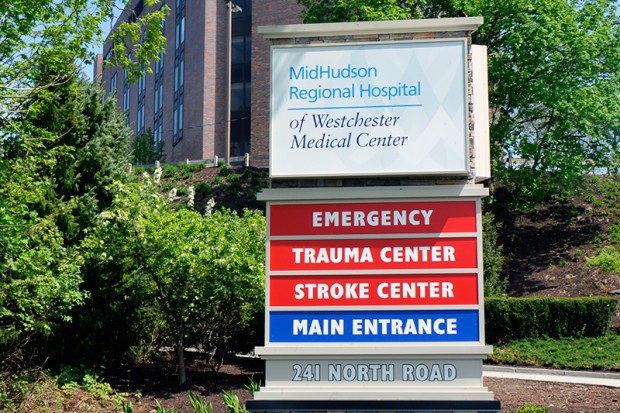 When it comes time to evaluate hospitals, safety is of paramount importance. Feel assured: MidHudson Regional Hospital of Westchester Medical Center has been honored with an “A” grade in the Fall 2014 Hospital Safety Score. This is the hospital’s second consecutive “A” rating, having also earned the honor in the Spring 2014 Safety Score.