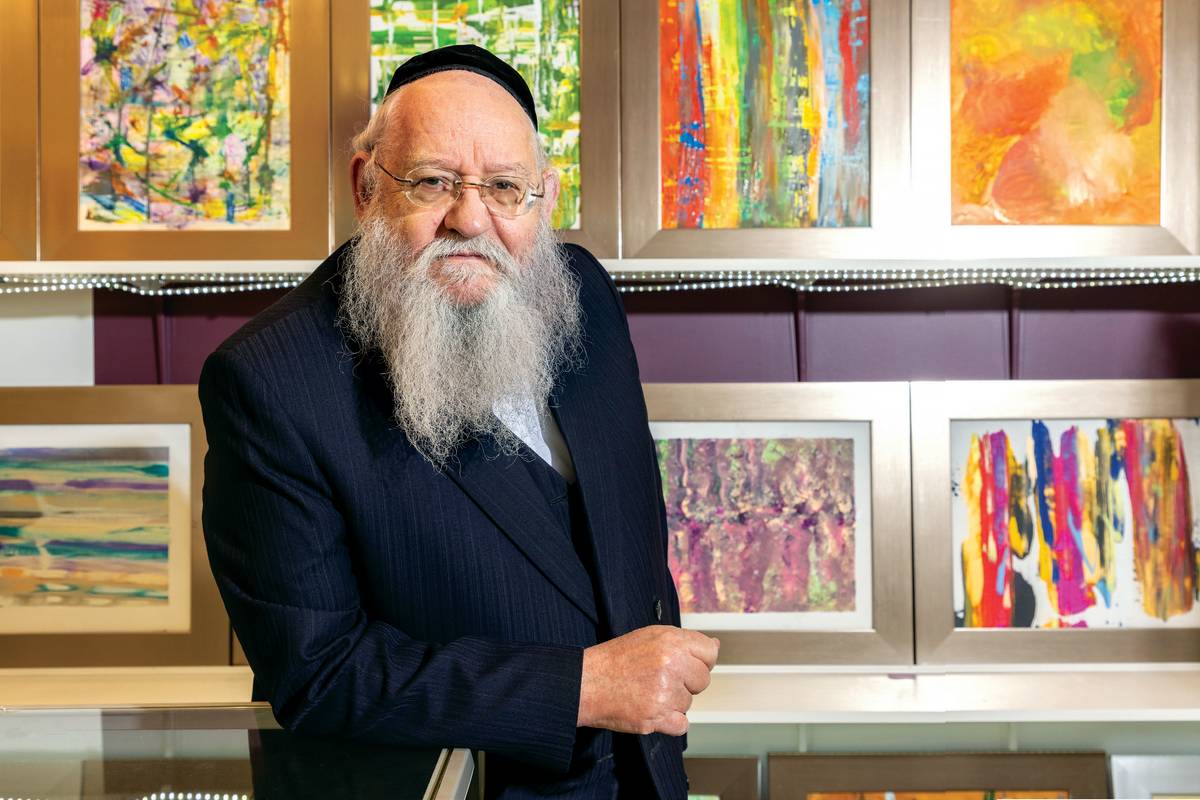 Thanks to the advanced technology and medical talent at Westchester Medical Center, a COVID patient is back on his feet, putting new beauty into the world.

Abraham Miller, 69, hadn’t yet heard of COVID-19 when he became ill in March 2020. “I thought it was a cold or the flu,” the Monsey resident remembers. “Over the next two days, I became short of breath, couldn’t sleep and my bones hurt,” he says.

A friend of his son’s, a volunteer ambulance worker, came over to see if he could help.

An ambulance rushed him to the Emergency Department of Westchester Medical Center (WMC), in Valhalla. There, staffers put him into a medically induced coma, placed him on a ventilator and transferred him to the ICU. “Some COVID patients showed up incredibly sick, and Mr. Miller was one of them,” says Avi Levine, MD. Though Dr. Levine is a cardiologist, he and other physicians helped care for the hospital’s influx of COVID patients.

Yet not even a ventilator could save Miller. After 24 hours, his physicians took an even more extreme measure, also placing him on what’s called an extracorporeal membrane oxygenation (ECMO) machine, which oxygenated his blood, removed carbon dioxide and returned it to his heart to be pumped throughout his body.

Still, Miller didn’t improve. “For three weeks, he sat there with minimally acceptable oxygen numbers, never meaningfully above 90 percent,” Dr. Levine shares. Then, one day, something changed: Doctors were able to drain fluid from around Miller’s lungs. “He started getting better, and nearly as rapidly as he had gotten sick, he began to improve. His body was finally fighting back,” Dr. Levine remembers.

After Miller was weaned off the ECMO machine, he spent several more weeks in the hospital, undergoing physical therapy while being partially weaned off the ventilator. One of his first memories is of being discharged: “My children and grandchildren were standing outside, along with the doctors and Doctor Levine,” he shares. Stays at two rehabilitation facilities helped him regain his ability to breathe independently and grow strong enough to return home.

Today, Miller, who sells silver, is immersed in his business once more. But perhaps the most interesting thing is that he emerged from his crisis with a newfound love and talent for fine art. “One of the first things I said to my family when I could finally speak again was ‘I want to paint,’” says Miller, who doesn’t recall ever having had that urge previously. He has since created more than 500 modern-art-style paintings, some of which he shared with his new friends at WMC. “I gave them my nicest painting, plus a couple of others they wanted.”

“It’s a miracle Mr. Miller survived and is thriving,” marvels Dr. Levine. Miller also considers it a miracle that his ambulance driver took him to WMC, rather than to a closer hospital that did not have ECMO capability. “Every morning, I say 15 blessings, for things like being able to stand, stretch and bend,” says Miller, who is a Hasidic Jew. “Now, I say a 16th — that I was sent to Westchester Medical Center.”