The Beat Goes On 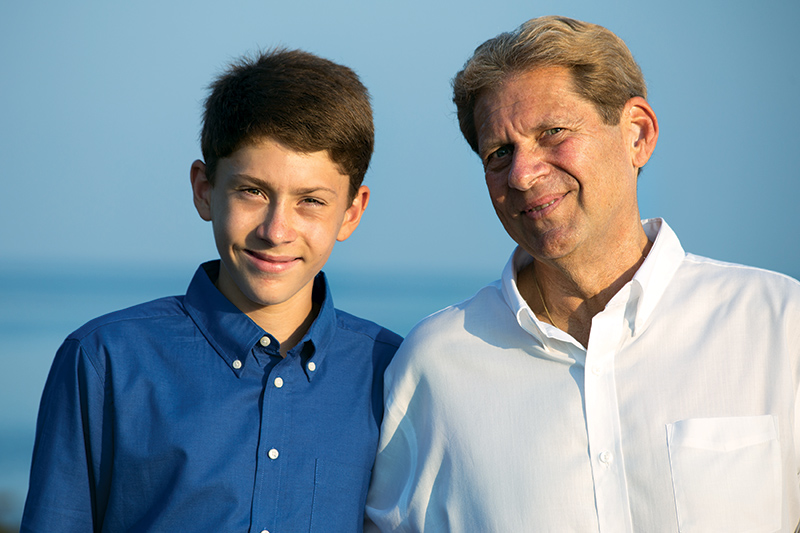 This new hedge clipper sure is powerful, Rick Nagy told himself, after a Saturday morning of yard work in August 2013. Using the trimmer had left his neck sore, and made the crooks of his arms ache. He wasn’t alarmed, though—he’d played football in college, and was used to exertion. And at 61, he remained healthy and active.

Yet the achiness didn’t go away, even after Rick visited a walk-in clinic near his Fairfield, Connecticut, home the next day, and took the painkillers the doctor there prescribed. On Tuesday, Rick decided to see his primary physician. “He did an EKG, then walked out,” Rick remembers. “He returned with an aspirin and a beta blocker, and told me an ambulance was on the way.”

Rick had suffered a heart attack. Before he knew it, he was at a local hospital, undergoing a single bypass. He spend two weeks there recuperating.

Sneaky Heart Attack Symptoms
Clutching your chest, groaning, and collapsing on the floor: If all you know about heart attacks is what you’ve seen on TV, you may be surprised. As Rick Nagy’s story proves, the signs can be far subtler. “Sometimes you may just feel jaw pain or shoulder pain, or physical exertion may make you nauseous, dizzy, or sweaty,” says Dr. Gass. “I had one patient whose pinky hurt every time he walked up a hill. It was ‘referred pain,’—a pain that had traveled from his chest to his finger.”

With heart attack symptoms so diverse and easy to miss, what’s the best course of action? “Err on the side of being cautious,” Dr. Gass advises. “If something doesn’t feel right, better to see your physician and get it checked out.”

He was sent home with a special vest that would monitor his heartbeats and administer a lifesaving shock if they became erratic. One week later, Rick, who’d been sitting quietly, doing a crossword puzzle, noticed 13-year-old son, Kyle, was on the phone. “He said he’d called 911,” Rick says. “I asked why, and he said, ‘I called it for you.’” The reason, the teen shares, “He wasn’t responding. A voice from the vest said, ‘Treatment has been administred.’” The episode had been so abrupt and traumatic, Rick hadn’t even realized what happened.

He was rushed back to the local hospital. “The vest defibrillated me at least four times total, and now I was aware of it,” Rick recalls. At that point the doctors made a decision that would enable him to live: They transferred him to Westchester Medical Center.

Rick arrived at the hospital critically ill, in cardiogenic shock: “His heart did not have enough pumping power and his blood pressure was low,” explains Rick’s cardiologist, Alan Gass, M.D., F.A.C.C., Medical Director of Cardiac Transplantation and Mechanical Circulatory Support at Westchester Medical Center. Although the bypass had been successful, Rick’s earlier heart attack had damaged the left ventricle (pumping chamber) of his heart so badly it was throwing off his heartbeats. “I told him his arrhythmias were life-threatening, and we were going to do whatever we could to stabilize him, then we’d figure out a long-term option,” Dr. Gass recalls.

Five hard months of inpatient recovery followed. Kathy Brown, RN, Westchester Medical Center’s LVAD Coordinator, helped oversee Rick’s recuperation. “I get choked up talking about her,” Rick says, his voice cracking as he remembers her unceasing care. “She would ask me , ‘How many hours did you sit up today?  How many times did you get up and walk?’ If it weren’t for her, I would’ve just laid in bed. She was just wonderful through all that.” Dr. Gass had him in awe as well: “I would never want a cardiologist different from him,” Rick reflects. “He’s self-assured and instills an amazing amount of trust and faith. Whenever he said  something was going to take place it did.” “I remember asking him in November of 2013 if he thought I would be home for Christmas, he answered “I don’t see why not” and I was home for Christmas 2013. Rick deeply impressed his caregivers as well. “He had a great personality that helped in his recovery,” says Dr. Gass. “He’s conscientious, intelligent, follows directions, and is upbeat and jokes around a lot.”

Finally, “by the grace of God or of Dr. Gass and his team,” Rick says, he went home. But there was one more thing he needed if he were to go on living life to the fullest long-term: a heart transplant. “I asked if I needed one, and Dr. Gass told me absolutely, and that I was on the [waiting] list,” he says. In the meantime, he settled in with his LVAD. “I must admit it was difficult, but it was a Godsend,” Rick says. Yet the device was awkward for him at first. A surgical wire ran from inside Rick’s abdomen to an external controller the size of a transistor radio, which was tucked in a vest Rick wore every day. Another wire connected the controller to a battery, and at night the batteries needed to be swapped for a special power box. 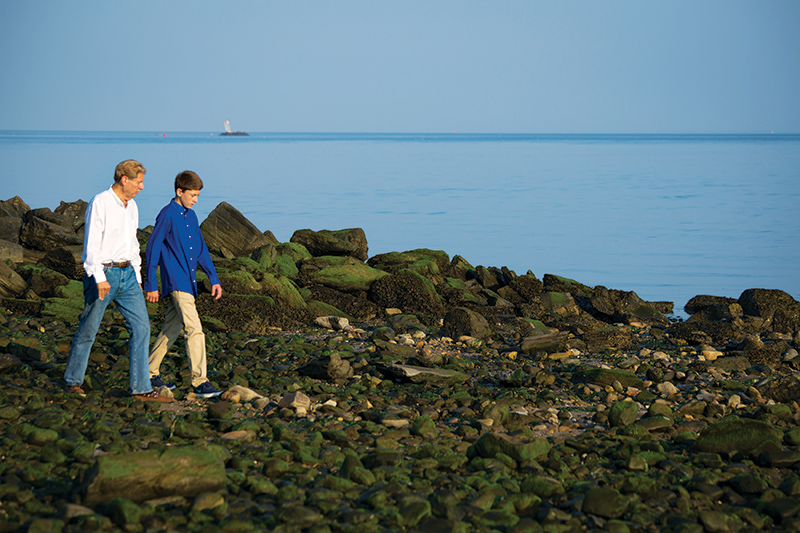 Thankfully, those inconveniences were short-lived: On March 25, 2014, Rick got a call informing him that a heart had become available. Kathy Brown and a surgeon from the hospital traveled to retrieve it. “I got to Westchester Medical Center at maybe 5:30 in the evening and they took me right into the operating room,” Rick recalls. “I had normal doubts about what was about to happen, but it was like a whirlwind.” The hospital’s renowned transplant surgeon, Dr. David Spielvogel, performed the procedure. (Weeks later, Dr. Spielvogel would spot Rick in the cafeteria and introduce himself as the man who’d held Rick’s heart in his hands.)

Around 3 am, Rick came to in his hospital bed. Glancing at his chest and seeing odd movements, he grew alarmed, and summoned the nurse. “It’s just your heart beating,” she assured him. It had been so long since he’d had such a strong heart, he’d forgotten what it was like.

After several weeks of rehabilitation—“the whole rehab team at Westchester Medical Center is just remarkable,” says Rick—he went home. Five months later, he returned to his job as an in-house attorney. “Two weeks ago, I took my son on a trip to Georgia, where I also work,” Rick shares. “We went fishing. Back at the hotel and played basketball—then Kyle wanted to swim and we did that, too. There are really no restrictions on what I can do.”

Nowadays, Rick only returns to the hospital for routine tests. He’ll never forget his time there. “You couldn’t be in any better place. It’s just the way I feel about it. They’re as professional and caring a group of people as you can find.

“They’re lifesavers,” he adds, choking up once again. “They always put the patient ahead of everything. I will never forget what they did for me.”