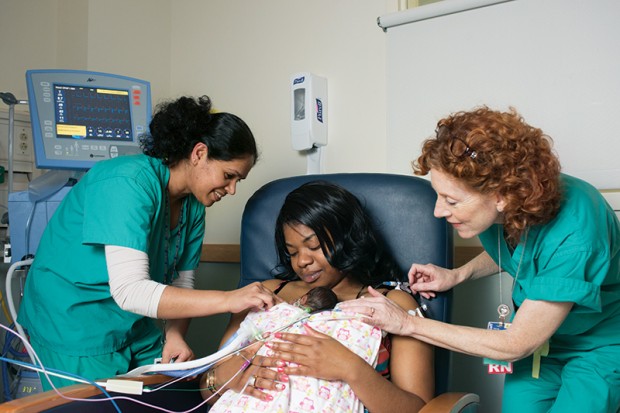 Just 23 weeks into her pregnancy, Tania Thorbourne underwent an emergency C-section at Westchester Medical Center. Only after she awoke in the recovery room did she get a first glimpse of London, her daughter, secure in the Regional Neonatal Intensive Care Unit (NICU) at Maria Fareri Children’s Hospital at Westchester Medical Center. Lying with a breathing tube in an incubator, she weighed one pound, eight ounces, and was smaller than the palm of Thorbourne’s hand.

“The nurses came over to me and said, ‘Hi, Mom. Do you want to take a seat?’” recalls Thorbourne. “It really touched me. It was the first time I had been called ‘Mom.’”

London is one of many infants born prematurely who spend their first few weeks or even months of life growing stronger in the Regional NICU at Maria Fareri Children’s Hospital. As the hub of the region’s neonatal care, it welcomes the tiniest, sickest and most fragile “preemies” in the region for medical care, personal attention and the chance to survive and thrive. Mothers, too, find the physical and emotional support they need to navigate one of the most difficult, emotionally fraught journeys imaginable. At the center of that hub are the Regional NICU’s nurses, who stand united with the moms in tending to, soothing, rejoicing at, advocating for, and making room in their hearts for these babies. The nurses make the Regional NICU a second home for the moms; due not just to the hours the mothers log there, but also to the cozily familiar ambiance that manages, against all odds, to place them at ease, turning stress and distress into reassurance and resolve.

Sue Malfa, RNC, MSN, Nurse Manager of the Regional NICU, has witnessed its evolution over 30 years from a small, 16-bed unit to a bustling, 49-bed service in which mothers are encouraged to “be intimately involved with handling their babies; because we can’t do our job without them.” Along with increased knowledge and skill has come enhanced medical technology, and they work in tandem to dramatically improve the prospects for a baby born at 23 weeks.

“When parents come in for the first time, it really is completely overwhelming,” Malfa says. “Incubators, respirators, IV pumps, blue light—plus 30 neonatologists, 12 fellows, 11 nurse practitioners, residents and 125 nurses—parents see all that before they see their baby. 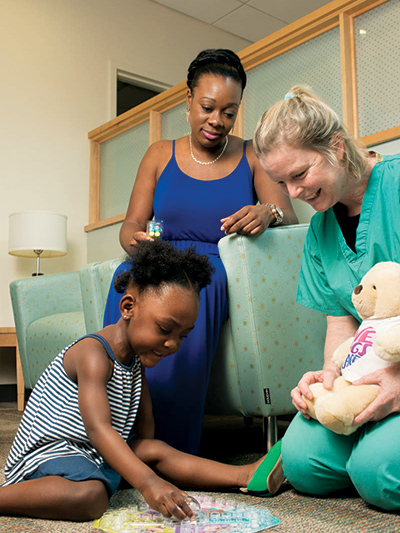 Tania Thorbourne and her daughter London visiting Eileen Margenat, RN, of the RNICU

“I look at those babies and parents and I take a deep breath, because it’s the first day of their life-changing journey,” says Malfa.

Maria Fareri Children’s Hospital was nationally ranked for 2013-14 by U.S. News & World Report in Neonatology. Across the country, the survival rate of extremely premature babies—those born at a gestational age of 25 weeks or fewer—remains at about 50 percent. A baby born at 23 weeks has only a 10 to 35 percent chance of surviving, nationally. The Regional NICU at Maria Fareri Children’s Hospital routinely treats babies born at 23 weeks and sustains them successfully, treating both universal complications among preemies (low birth weight, sleep apnea, jaundice, abdominal hernias and incomplete heart development) and specific, acute medical cases requiring an advanced care team. 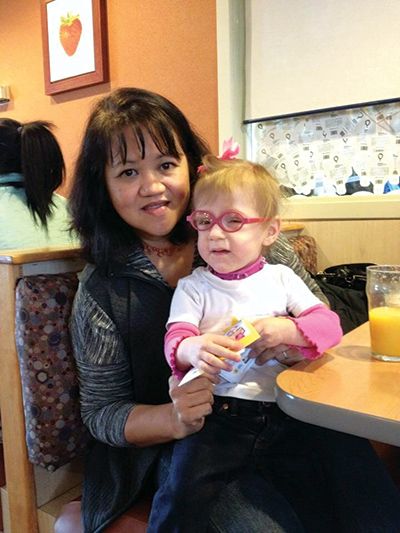 Faith Rossi was reunited with Marichu Smith, RN, one of her nurses, at a hospital event.

Along the way, bonds flourish, including one that began with a simple pink ribbon.

Ariana Rossi, whose daughter Faith arrived at the Regional NICU in 2011 weighing one pound, was unsure if her baby would survive. In the hushed and hurried prep for surgery, a nurse named Lucy thought to make Faith a pink headband.

“Faith was so tiny and so sick; but I will never forget walking in to see her with the little pink bow on her head; and Lucy saying to me, ‘Every girl deserves to look pretty, even if she doesn’t feel good,’” Rossi says, her voice breaking.

Faith—and her family—remained in the Regional NICU for six months and two surgeries. “The nurses cared and fought for her like she was their own,” Rossi says. “They held her and sang to her. They would take her footprint and decorate it with hearts and stickers. And they took the time to ask if we were doing okay, too.” 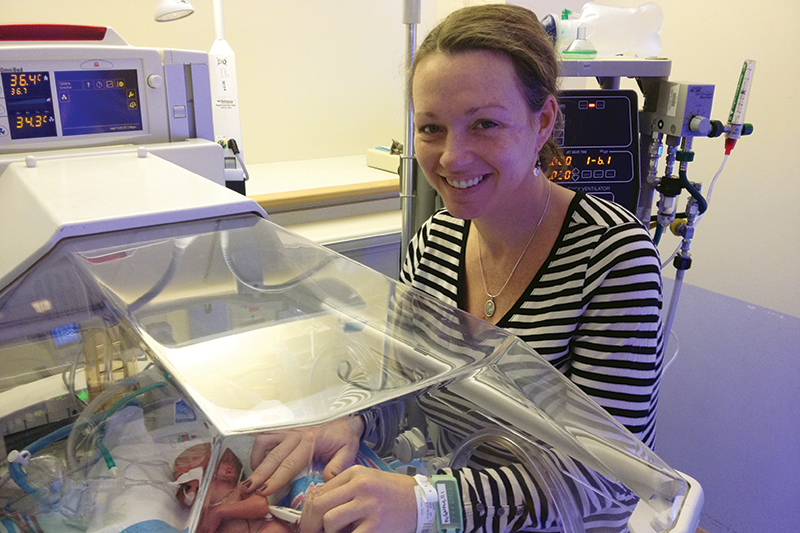 Tara Mignanelli’s twins, Quinny and Ziggy, were born at 27 weeks and quickly transferred to Maria Fareri Children’s Hospital —“a matter of life and death,” as her husband Chris has written on his blog chronicling their lives. In a harrowing saga that involved six brain surgeries for Ziggy, what Tara remembers most were the gestures of the nurses—none of them small.

“Those first moments of a nurse holding Ziggy and saying, ‘I’m going to be with him for his first Christmas.’ A nurse decorating their cribs with Notre Dame leprechauns (Tara’s and Chris’ alma mater) and pictures of me, Chris and their big sister, Maddy. A nurse knitting their first booties. All things they didn’t ‘have’ to do, but that made us feel surrounded with love and securely at home,” she says. 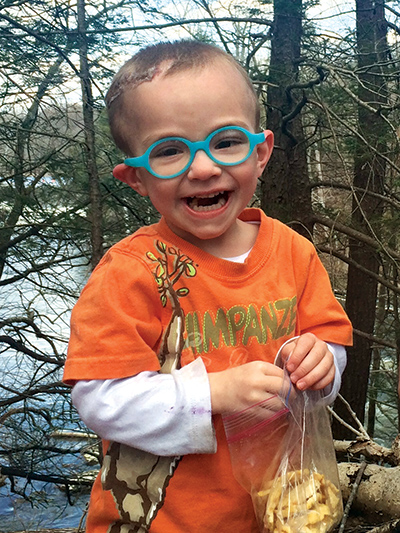 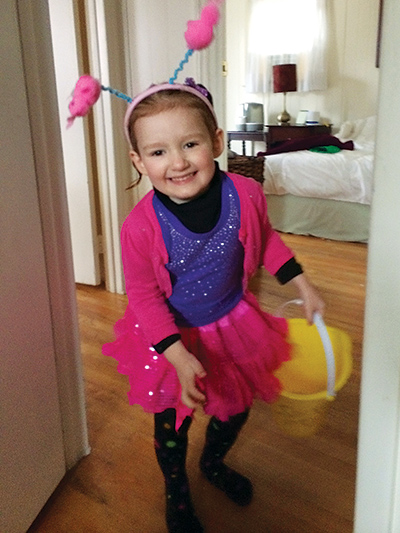 Malfa says the nurses are the liaison between doctors and parents, encouraging families to start advocating for their babies, “asking the tough questions” and drawing the confidence to do so from the Regional NICU’s “safe space.”

“These parents have to do more parenting in the Regional NICU than most parents do in a lifetime,” she says. “The decisions they have to make—the feeling of holding back from scooping up the baby and running out—they go through all of this in the baby’s first few days of life.”

And even though their mission is serious, nurses work to create moments of joy and levity throughout. Thorbourne recalls bringing a sachet of soaps and lotions for London’s “spa days,” in which nurses would give London special baths, dress her up in pretty clothes, and help Thorbourne stage a photo shoot right in London’s incubator.

On a much graver day, when an infection flared in London’s intestines requiring emergency surgery, the nurses arranged for Thorbourne to have her own room and stayed with her for the whole time, providing juice and sandwiches as well as reassurance.

The baby’s primary nurse will hand-select the nursing team, making sure coverage is constant throughout every shift.

“The nurse is the one constant at the bedside. And so there’s a bond from the beginning,” Malfa says. “Often there are new faces—fellows in training, residents rotating through each month.”

And that bond endures well after the babies have gone home, with nurses celebrating milestones right alongside moms. London’s team of nurses came to sign her farewell book and deliver hugs and kisses; when she returned to the hospital for reversal surgery, one of her Regional NICU nurses came to assist. And when the hospital holds reunions, says her mother, London always gravitates to “her” nurses.

“It’s always a sweet success when a baby is discharged, but it is very hard for nurses to walk in the following day and see that empty space,” Malfa admits—adding that one of her first patients, a tiny baby born at 23 weeks, is now a young woman who recently made a point, after having her wisdom teeth out, of stopping into Malfa’s office to say hello.

Rossi says that Faith’s nurses have attended her birthday parties, cheered her on during dance marathons and stood in line to support their former patient during IHOP’s National Pancake Day. “Her nurse was as amazed as us to see her up and dancing,” says Rossi, “considering at one time, she wasn’t even supposed to walk.”

In the end, this bond is what turns a nightmare into a time of growth, strength and gratitude. “We’re so grateful our babies started their lives with those first 100 days in the NICU,” says Mignanelli. “Today, Quinny meets all her milestones; Ziggy is only slightly behind. It was the NICU that made all this possible. The nurses led the way, every step.”

0
I love the sun, but how do I protect my skin?
J-Lo Stars In Local Hospital Ad, DAISY Awards And Other News In The World Of Westchester Health