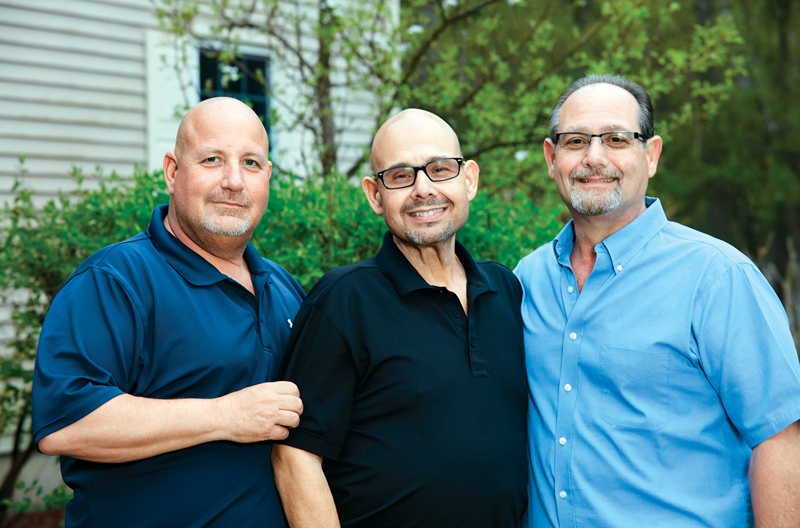 Three Newburgh brothers are among more than 500 people whose lives have been transformed through AFib ablation at Westchester Medical Center.

According to the American Heart Association, 3 million to 5 million people in the United States suffer from atrial fibrillation (AFib), a potentially dangerous condition in which the heartbeat becomes irregular and rapid, often beating more than 150 times per minute.

Dr. Iwai leads the expert electrophysiology team at Westchester Medical Center, which recently achieved the milestone of completing more than 500 life-changing AFib ablation procedures. The team is part of the WMCHealth Heart and Vascular Institute.

The Consorti brothers, who were born and raised in the town of Newburgh and still live within five miles of each other, underwent catheter ablation procedures at Westchester Medical Center.

A single dad raising two preteens, Matthew Consorti runs a family paving company and underwent ablation procedures in 2012 and 2016. Matthew, who was initially encouraged to undergo the procedure by Westchester Medical Center cardiologist Martin Cohen, MD, was so pleased with his result that “I told my brothers to get it done,” he recalls.

“Everyone at Westchester Medical Center is on top of their game, and I always get a call back from my doctor, even after hours. I tried medications, but they didn’t resolve my issues and had bad side effects. I had a lot of anxiety and always felt like I was living on the edge. Now, I feel good.” When he’s not working, Matthew enjoys boating in Florida, fine food, playing poker at casinos and going to the gym.

Philip Consorti, 59, lives with his wife and their blended family of five children. A global director for a Manhattan garment manufacturer, he often travels for work. A 2007 ablation at another facility left him with a damaged phrenic nerve – which is important for breathing, as it originates in the neck and passes between the lung and heart to reach the diaphragm – as well as a partially paralyzed diaphragm. He continued to experience symptoms, despite medications.

“During 16-hour flights to Hong Kong, AFib attacks were not a comfortable feeling,” Philip recalls. “I was in China, talking with Matthew during an episode that had lasted two or three days, when he said, ‘Do yourself a favor. Go see Dr. Iwai.’ I was hesitant, but Dr. Iwai put me at ease. He told me about how the technology had come a long way, and risk is minimized with new mapping processes and equipment.”

Since his May 2016 procedure, Philip feels the best he’s felt in years. “No episodes of AFib. I go to the gym, do light cardio and weights and have no flare-ups after exercise,” he says. “I forgot how long I suffered and how much it took away from my family and work life. Now I run around with my grandkids, play racquetball and golf and enjoy motorcycle riding. I have a sense of freedom and travel with mental ease now.”

Phillip adds, “I was chronic – worse than my brothers – and experienced symptoms about 60 to 70 percent of the time. I can’t say enough good things about the care I received at Westchester Medical Center. Everyone was professional, courteous, kind and thorough.”

Diagnosed with high blood pressure at age 18, Alex Consorti, now 58, learned he had AFib in 2014. He experienced heart palpitations, a fast heart rate, felt exhausted and twice ended up in the emergency room with AFib. “I realized I could stay on medications for the rest of my life or go for ablation,” he says. “Both my brothers already had their procedures done by Dr. Iwai, so it was a no-brainer for me,” and he had his ablation in November 2017. “I’m not on medications to keep my heart in sync now; I wore a heart monitor for 30 days, and everything is good.” Alex also worked in the garment industry and lives with his wife. They have two grown children and are eagerly anticipating their first grandchild. 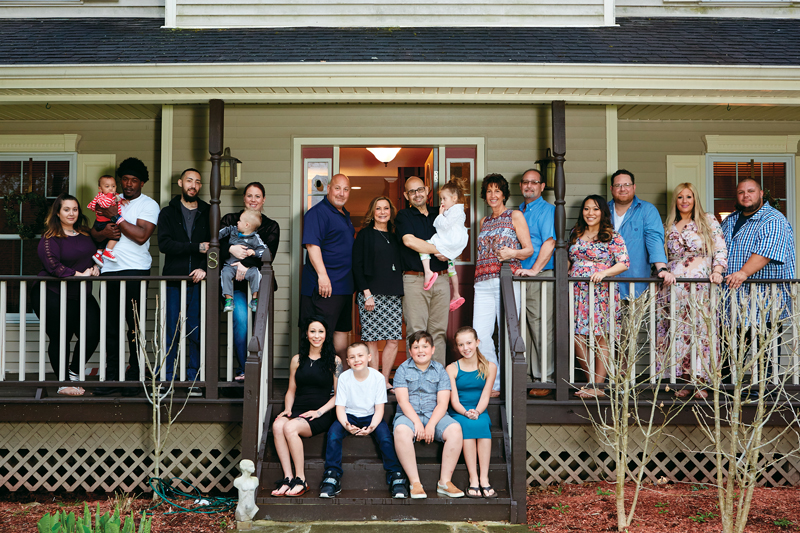 The brothers, who are from the town of Newburgh, had no shortage of love and support from their large family. Photos By Teresa Horgan

The expert team at Westchester Medical Center is distinguished by its very personal approach to patient care, says Dr. Iwai. The electrophysiology team treats all arrhythmia conditions, including those needing ablation as well as pacemaker and defibrillator implantations. His colleague, Jason Jacobson, MD, directs the Complex Arrhythmia Ablation Program, and Westchester Medical Center is the only center in Westchester that offers this procedure for the full spectrum of arrhythmias, such as atrial fibrillation.

According to Dr. Iwai, not everyone with AFib needs ablation. Some people respond well to medication, and others are asymptomatic and can tolerate the condition. However, AFib can be a progressive disease, and even ablation is sometimes not a one-shot procedure.  Non-medical improvements, like exercise and weight loss, and treatments for conditions such as diabetes and sleep apnea also can be helpful. “Our goal is to make patients feel better,” says Dr. Iwai.

“Our patient population is aging because we’re getting better at treating underlying conditions,” says Dr. Iwai. “It’s estimated that the number of people with atrial fibrillation and related diseases will double over the next couple of decades. It’s a growing public-health issue, and anyone experiencing symptoms should see their physician or cardiologist immediately.”

Heart and Vascular Care at WMCHealth