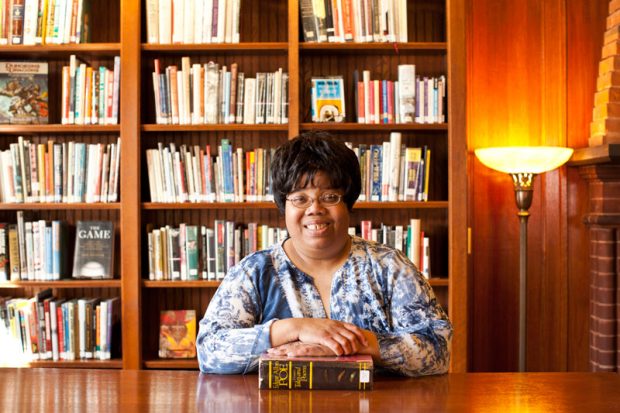 A library clerk by day and a jazz-and-blues singer by night, Audrey Willis was plagued by a benign tumor that threatened to damage her optic nerves.

Back in 1995, a routine checkup for then-33-year-old Audrey Willis took an unexpected turn, ending with a harrowing diagnosis: a slow-growing pituitary tumor at the center of her brain. For the next 22 years, Willis, a Poughkeepsie native who works as a library clerk by day and a jazz-and-blues crooner by night, was plagued by a benign tumor that threatened to permanently damage her optic nerves. So when a multidisciplinary team of doctors at Westchester Medical Center, the flagship of the Westchester Medical Center Health Network (WMCHealth), removed her tumor last summer, “It felt like I was given a miracle,” says Willis.

If not for the intervention of one incredibly committed doctor, Mark Watts, MD, a neurosurgeon at MidHudson Regional Hospital, a member of WMCHealth, the surgery would not have occurred when it did.

Willis admits she was slowly coming to terms with the fact that surgery was unavoidable; however, she’d planned to put it off until a much later date. “I’m a terrible patient. When I was first diagnosed, I was terrified by the surgery, so I chose to treat my tumor with medicine instead of surgery. But the medicine didn’t shrink the tumor, so I stopped taking it,” explains Willis, who had checked into MidHudson Regional Hospital for an unrelated case of anemia when Dr. Watts came to see her. “Dr. Watts knew I was there and came to check on my tumor,” she explains.

Recently, Willis had stopped taking her medicine and started missing her follow-up visits. “When I saw her that day, I was really concerned. After asking her a lot of questions, I was able to discern that she in fact had substantial vision loss,” Dr. Watts says. ”While the team here at MidHudson has performed a number of pituitary surgeries, acute loss of vision constitutes a neurosurgical emergency.”

He immediately sent Willis for an MRI, consulted with his department director to inform him of the situation, then began putting together a multidisciplinary team of surgeons at Westchester Medical Center, including medical staff from neurology, endocrinology and endoscopic skull-base surgery.

Soon thereafter, Willis was transported to Westchester Medical Center, where she was met by her team of doctors and was prepped for the minimally invasive surgery.

Christian Bowers, MD, neurosurgeon at Westchester Medical Center, says giant pituitary tumors are always more difficult to remove, and Willis’ was substantial. “It’s incredibly rare to find a tumor of this size in a first world country,” explains Dr. Bowers. “For example, the average pituitary tumor we see is around one centimeter or less. In comparison, Audrey’s tumor was five centimeters at the time of her surgery.”

Making matters more complicated, the tumor was situated deep in her brain, compressing her optic nerves. “Her optic nerves were being destroyed by the pressure from the giant tumor, and we knew that if we didn’t decompress her nerves by removing it, she’d go blind,” Dr. Bowers says. With that in mind, Dr. Bowers and his team had one unified goal: to decompress her optic nerves as quickly as possible. They would accomplish this by entering through the nasal cavity, to gain access to the brain, then removing the tumor, using tiny, specialized instruments. 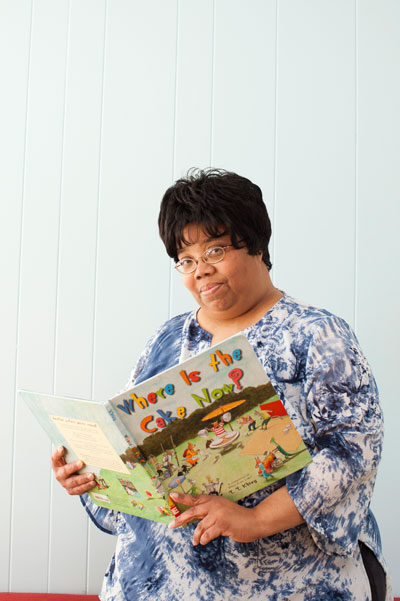 Willis’ tumor was compressing her optic nerves. Post-surgery, she can now see those books at the library better, plus the jazz crooner discovered that her voice has improved.

The other lead surgeon, Deya Jourdy, MD, rhinologist and endoscopic skull- base surgeon at Westchester Medical Center and MidHudson Regional Hospital, was there to lend his expertise. “When Ms. Willis was admitted to Westchester Medical Center, the neurosurgery team consulted me for assistance with her surgery,” Dr. Jourdy explains. “One of the more common diseases we treat using minimally invasive surgery performed through the nose is pituitary gland tumors, which are often readily accessible through the sphenoid sinus, in the back of the nose, eliminating the need for external incisions.”

Endoscopic skull-base surgery has been rapidly advancing over the last few decades, allowing for better outcomes, especially in cases like Willis’, wherein an unusually large tumor makes it more difficult to surgically remove, given its proximity to the carotid arteries and optic nerves.

“I last saw Ms. Willis in December, and she is doing phenomenally well. She has healed beautifully and had a great resolution of her visual impairment,” says Dr. Jourdy.

Today, at 55 years of age and finally tumor free, Willis is blown away by her drastically improved quality of life. “I was blaming so many of my symptoms on old age: I lost a lot of hair; I constantly had to go to the bathroom; I couldn’t see anything that was more than a foot away; I wasn’t able to drive at night. All that has completely gone away,” she says.

Plus, there was one more particularly pleasant surprise that Willis believes was a result of her surgery. “I’m the vocalist for my four-person band, called mondoRAJ. The first time I sang after the surgery, I was shocked,” she says. “Maybe it’s the extra head space, but I sounded so good, I didn’t recognize my own voice!”

0
How Can I “Spring Clean” My Diet?
Meet the First Babies Born in 2018 at WMCHealth Hospitals