This Meningitis Sufferer Survived a Misdiagnosis and a Semi-Comatose State 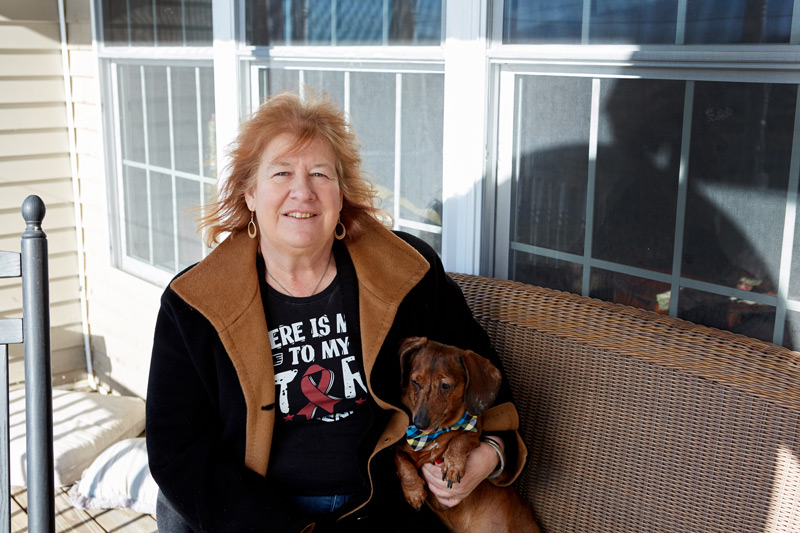 Now, thanks to WMCHealth, she’s back and better than ever.

Shortly after the loss of her husband, New Paltz resident Denise Lippolis faced an unlikely and life-threatening battle of her own.

Her husband of 18 years, Bryan, 60, had passed away on February 23, 2018 after a three-year battle with bronchial cancer. Beyond mourning her husband, she also began feeling physically ill. At his wake, “I just felt horrible,” recalls Lippolis, who runs a New Paltz title-search company. “I was shaky, and I had a fever and chills.” Lippolis thought she might have the flu. “Everyone thought I was run down from months of taking care of Bryan, but it was different than that,” she recalls.

Lippolis, then 60, pushed herself through the funeral service and the reception that followed, before going to bed for several days. A friend brought her to the emergency room of a local hospital, and she was sent home with a diagnosis of the flu. After a few more weeks, mostly at home in bed, her brother insisted she return to the emergency room. A few tests later, Lippolis was sent home again, with a fever of 103. Her diagnosis this time was grief over the loss of her husband.

Finally, her brother called a local crisis center in New Paltz for help. They in turn had her taken by ambulance to HealthAlliance Hospital: Broadway Campus, a member of the Westchester Medical Center Health Network (WMCHealth), in Kingston. There, she saw Marc Tack, DO, Chairman of the hospital’s Infectious Diseases Department. Dr. Tack recalls that Lippolis “couldn’t answer simple questions and was in a state of confusion and disorientation.” A spinal tap revealed that she had viral meningitis, which affects the brain, spine and nervous system. This type of viral meningitis, however, was treatable with antiviral medication. During her treatment, Lippolis was supported medically and treated symptomatically as the virus caused her to be in a semi-catatonic state for about three weeks.

Before this, Lippolis says, her health was good. Though she had heard of meningitis, she had no idea about its dangers. Two days before she emerged from her coma, Lippolis had an experience she’ll never forget. “My family came to visit and stood at the foot of my bed,” she says. “I saw what looked like a fence between my bed and them and a light was shining on them,” she continues. “I tried to mouth ‘I love you, Ashley’ to my daughter, but I thought I couldn’t.” It turns out I actually did say it to her. It was the first thing I had said in three weeks.” 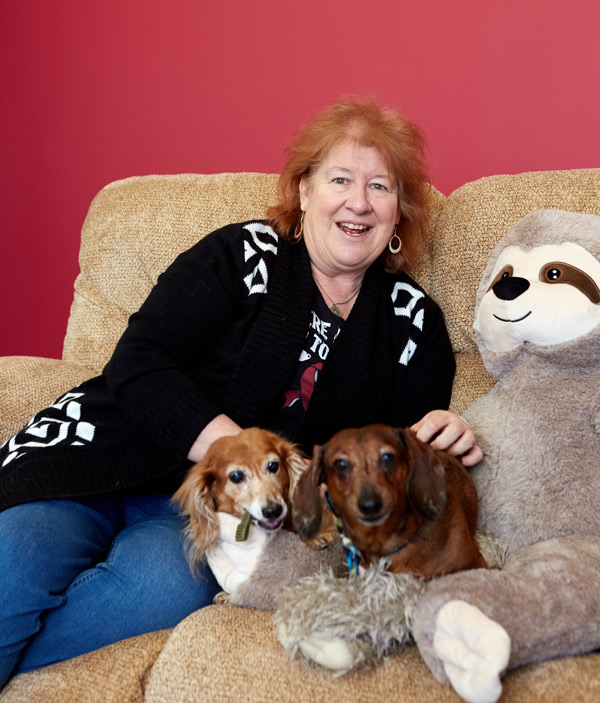 Lippolis is thankful for her two dachshunds, Stan the Man and Audi, who kept her spirits high during the entire healing process.

Once Lippolis regained consciousness, she was transferred to a nursing facility where she remained for two months, eventually making a full recovery. Today, Lippolis says she feels good and is back to work at full capacity. “I truly do look at it like a miracle — to simply wake up again, after all that,” she says. “Dr. Tack was really easy to talk to. He and all the doctors working together were a huge part of this miracle. My family told me how attentive the staff was to me while I was in a coma.”

Following her illness, Lippolis says she doesn’t stress about things as much now and enjoys taking photographs and spending time with her two dachshunds, Audi, 15, and Stan the Man, 9, who were a wonderful source of support for her and her husband during their illnesses. What does she wish everyone knew about meningitis? Mostly, just to know it exists. “We need more awareness,” she says. To that end, she often wears a special purple T-shirt bearing the message: “Nice try, meningitis. I’m still here!”

Marc Tack, DO, Chairman of the Infectious Diseases Department at HealthAlliance Hospital: Broadway Campus, answers our questions on meningitis.

It’s an infection involving the lining of the brain. The meninges, or tissue that lines the brain, becomes inflamed.

There are different causes; however, one type can be spread by close contact with an infected individual.

What are its symptoms?

How is it diagnosed?

Usually by taking a medical history, reviewing the symptoms and a physical exam. The diagnosis is confirmed by a lumbar puncture, or spinal tap, in which spinal fluid is removed and tested.

What’s the difference between viral and bacterial meningitis?

While both can be fatal, bacterial meningitis is much more likely to kill you and kill you fast. It’s the ultimate medical emergency in which you have minutes or an hour to treat it. Viral tends to progress more slowly.

What do you wish everyone knew about meningitis?

To take it seriously. If you have any of the above symptoms, don’t fool around — immediately seek medical attention. Also know that vaccines have completely changed the face of the disease. In the last 20 years, we have seen the incidence dramatically decrease because of these immunizations. Ask your physician about vaccines, and make sure your children’s immunizations are up to date.