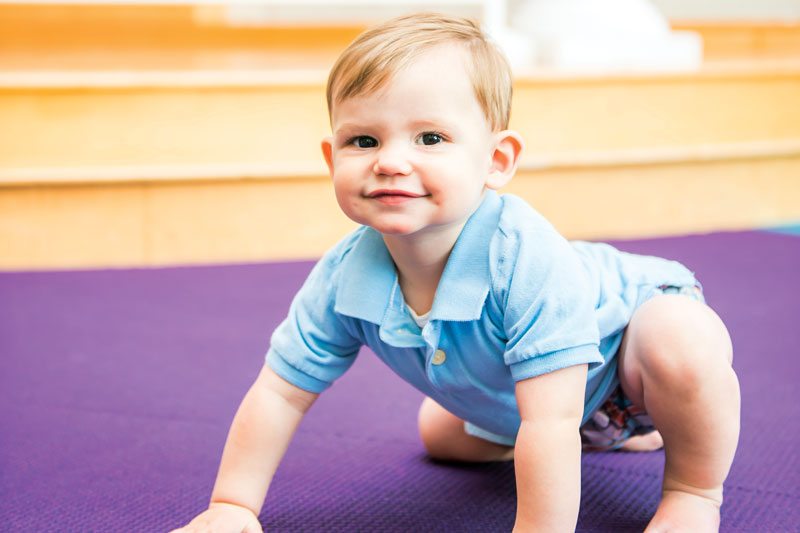 At first glance, Owen Lutz and Shayla Spearman don’t seem to have much in common. Owen, a toddler who lives in Newburgh, loves cars, baseball bats and books. Shayla, who lives in Plattekill, is a precocious 8-year-old who likes to dance.

Yet, one remarkable experience unites them and their families: Both children were diagnosed in utero with life-threatening heart conditions. But thanks to the highly specialized care they received at Maria Fareri Children’s Hospital, a member of the Westchester Medical Center Health Network (WMCHealth), today, both are healthy and thriving.

Dr. Sett and his team at the hospital perform numerous neonatal and pediatric heart surgeries annually. “Not all conditions can be solved with a single surgery,” says Leif Lovig, MD, a pediatric cardiologist at the hospital who is now leading the fetal cardioligy program as Dr. Fish transitions into retirement.  “Some require two or three surgeries, which require a great deal of surgical skill. We’re lucky to have Dr. Sett here.”

Maria Fareri Children’s Hospital is the only facility in the Hudson Valley that can perform these complex procedures. “It’s a really important service to the population of our region,” adds Dr. Lovig, “especially when uprooting a family to another area is not feasible.”

When an OB/GYN identifies a potential risk, they refer the expectant mother to a fetal cardiology specialist for further evaluation, and when necessary, enter her and her child into the hospital’s pediatric cardiology program.

“Our team at Maria Fareri Children’s Hospital includes fetal and pediatric cardiologists, neonatologists, cardiothoracic surgeons, social workers and a medical geneticist, and our group effort relies on open communication and trust,” says Dr. Lovig. “Since it’s a fast-moving process for families, we let them know what to expect.”

“Survival and outcomes are improved by fetal diagnosis and a multidisciplinary team approach,” continues Dr. Lovig. “As soon as the baby is delivered, specialists are immediately involved.

If a baby is born with an undiagnosed congenital heart disease, they may get sick within a few hours or days of birth. “It’s better to do surgery or procedures in an elective, controlled fashion, rather than in an emergency situation,” Dr. Lovig emphasizes. “It’s a tough time for Mom and family, and ‘the art of medicine’ — communicating and helping them get through this stressful time — is equally important.”

Owen was diagnosed in utero with transposition of the great arteries (TGA), a condition that can be fatal if uncorrected. In this congenital heart defect, the two main arteries leaving the heart are reversed, resulting in a shortage of oxygenated blood flowing from the heart to the rest of the body. He also had a ventricular septal defect, or “hole in the heart,” which required surgical repair.

“At 19 weeks into my pregnancy, I was referred to Dr. Fish, who was reassuring, positive and confident,” says Owen’s mom, Angela, while fighting back tears. “Even though this was awful news, I was confident. I am forever grateful for the diagnosis and expert care Owen received. Dr. Sett saved Owen’s life.”

Owen’s surgery was performed only nine days after birth, and his family stayed at the nearby Ronald McDonald House of the Greater Hudson Valley. “I was pumping breast milk and could walk across the parking lot with milk to visit him. It was perfect to be so close.”

Today, at 18 months old, Owen has met every developmental milestone. “My doctor says to treat him like a normal boy and that he’s fine,” says Angela. Now a member of an international TGA support group, she adds: “I know how lucky we were. When I read about children who had TGA and are now 30 years old, it’s reassuring.”

In Shayla’s case, Dr. Fish’s diagnosis was especially fortuitous. “I was 26 years old,” recalls Tracey, Shayla’s mother. “My regular doctor found my blood work was off at my second-trimester ultrasound. When I went to a specialist, I was told she had a small heart, would have no quality of life and that the best thing I could do would be to terminate the pregnancy.” Devastated, Tracey decided to get a second opinion and saw Dr. Fish. “He did a fetal echocardiogram and immediately said, ‘She’ll be fine. She just needs three surgeries.’ He explained she would be delivered high-risk and set up appointments with Dr. Sett and his team. Everything was very thorough.” 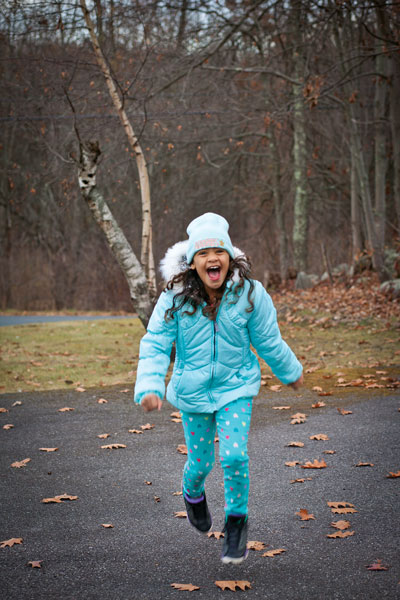 Her mom had been told that Shayla “had a small heart, would have no quality of life and that the best thing I could do would be to terminate the pregnancy.” Thanks to Dr. Fish, Shayla is now a happy, healthy third-grader.

Shayla was born with hypoplastic right heart syndrome, a congenital heart defect in which the right atrium and right ventricle are underdeveloped, causing inadequate blood flow from the heart to the lungs. Her treatment required two initial procedures: insertion of a shunt when she was just six days old and a follow-up procedure at five months. A  Fontan completion surgery was later performed to restore full heart function.

“Shayla’s favorite part of staying in the hospital — which she did for nearly a month following the surgery — were the toys in the playroom,” says Tracey. “Everyone loved her in the Pediatric Intensive Care Unit, too. It was definitely a good experience.”

Today, Shayla, a third-grader, enjoys a variety of interests. “I like to dance, and one of my favorite classes at school is gym,” she says.” I like to bake cakes and cookies, and I like to do hair, and I have a mannequin” — not surprising, considering her mom is a hairstylist.

“Shayla is a very smart little girl, well beyond her years,” says Tracey. “She’s very much a leader, always wanting to shine in whatever she does. She doesn’t use her condition as an excuse, and you would never know she had had a heart issue. We received the best care at Maria Fareri Children’s Hospital and were very fortunate to be recommended to the medical team there.”