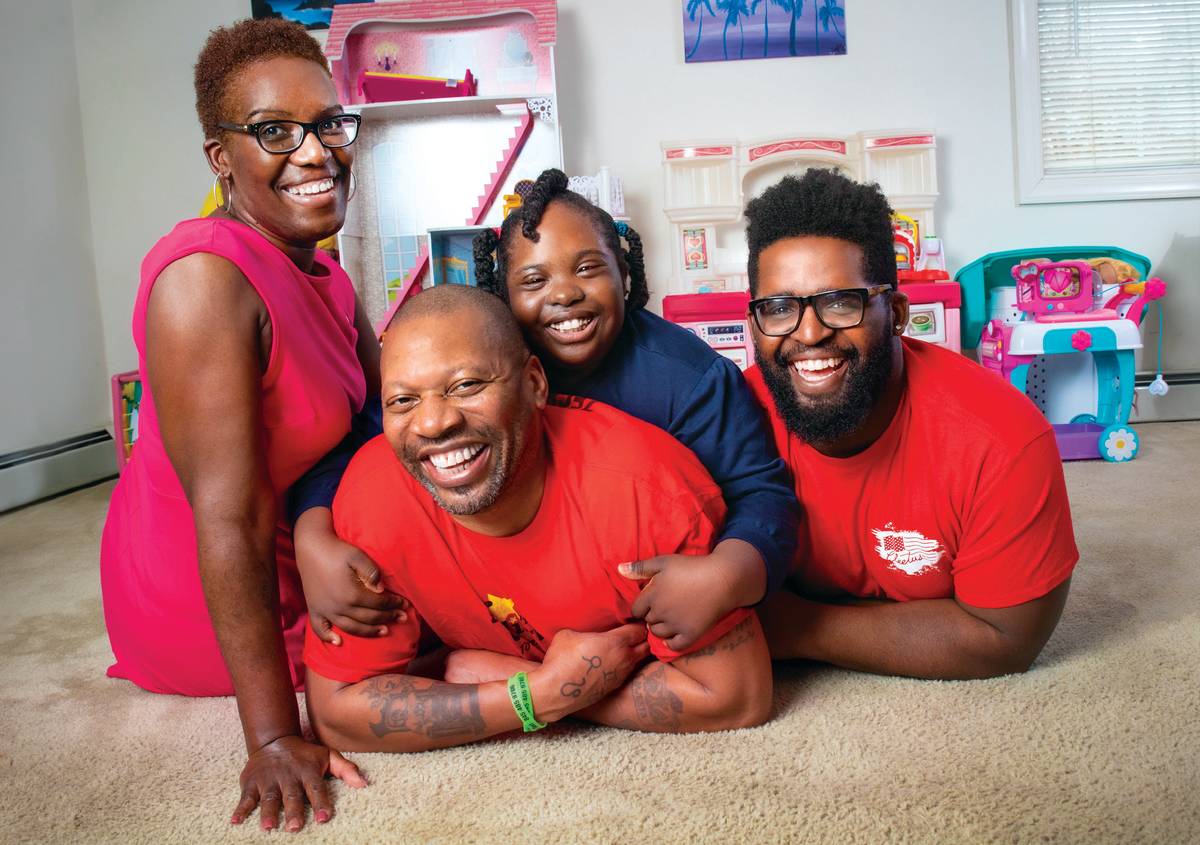 Thanks to the talented physicians at MidHudson Regional Hospital, a Beacon girl is back on her feet — and out of pain.

In 2011, physicians at Maria Fareri Children’s Hospital diagnosed Donalee Mickler’s then-1-year-old daughter, Zechia, with a diaphragmatic hernia, a hole in the muscle separating the chest and abdomen. Because the abdominal organs may push up through the hole and affect lung development and breathing, the birth defect is potentially life-threatening. Fortunately, a successful surgery at the hospital just after Zechia turned 2 resolved the problem.

Recently, the Micklers, who live in Beacon, found themselves in need of Maria Fareri’s help again. “Zechia kept pointing at her right knee and saying it hurts,” Mickler remembers. A local doctor diagnosed the 11-year-old as having a torn ligament. “He gave her a knee brace, but she said the brace was hurting her thighs,” Mickler says. Five days later, the pain had grown so severe that Zechia couldn’t get up from bed.

“Her dad and I picked her up and carried her down the stairs,” Mickler recalls. “We were about to take her to Maria Fareri, and I said, ‘That’s 45 minutes away. They have MidHudson Regional Hospital, and that’s only about 20 minutes from here.”

At MidHudson Regional Hospital, the Micklers found physicians with the expertise to properly assess Zechia. X-rays revealed that she was actually suffering from a condition called slipped capital femoral epiphysia, or SCFE. This painful hip disorder occurs when the ball at the head of the femur slips backward off the neck of the bone, causing joint instability. “The orthopedic surgeon told us Zechia was going to need surgery,” says Mickler. Zechia was then transferred to Maria Fareri Children’s Hospital, where the surgery was performed.

During the procedure, surgeons made an incision in Zechia’s hip, then inserted screws to correct the SCFE on her right hip. As a safety measure, they reinforced the other hip with screws, as well. After a three-day hospital stay, Zechia returned home.

Jenny Sung, MD, a pediatric hospitalist and Site Director of the Maria Fareri Children’s Healthcare Services at MidHudson Regional Hospital, is gratified that the Micklers found her group so convenient. “After the pediatric inpatient unit of a nearby hospital closed, for about six months there was nowhere in the Poughkeepsie area for children to be hospitalized,” Dr. Sung explains.

Now, the service draws patients from the Kingston area to the eastern end of Dutchess County. “If one parent is with their child who’s hospitalized here, the other parent is close enough to drop off a cup of coffee or a change of clothes,” Dr. Sung explains. “If the family has other children, a parent can leave to put their other kids on the school bus, then come back. This convenience helps reduce the stress of having a child in the hospital.”

For patients like Zechia, the availability of pediatricians at MidHudson Regional Hospital meant she was stabilized quickly and transported efficiently. “Zechia was in the right place here, where the diagnosis was considered and made,” Dr. Sung says. “And because we’re part of WMChealth, she was easily transferred to receive care from the pediatric orthopedic surgeon.”

“WMCHealth has always been here to help,” Mickler says. “They treat all the kids like their own.”