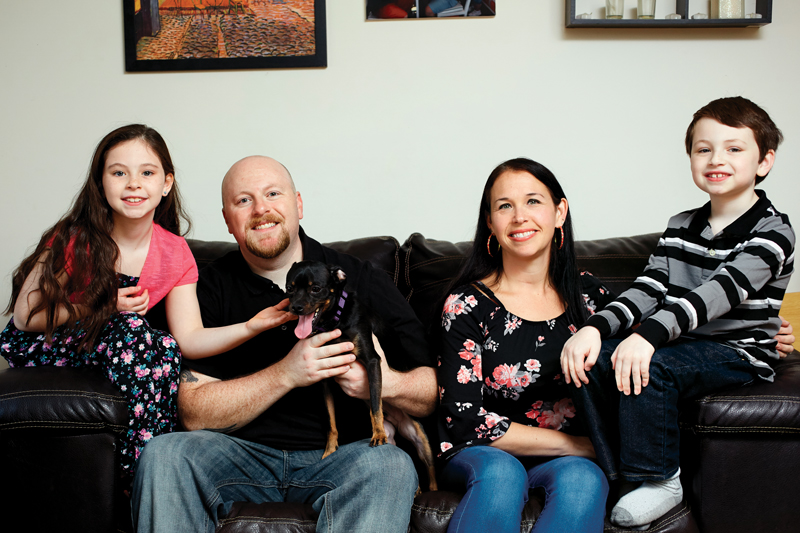 The WMCHealth Network flagship is one of only a handful of facilities nationwide that offers a specialized surgery as treatment for hypertrophic cardiomyopathy.

A U.S. Postal Service mail carrier for eight years, Gary Kalmus of Goshen never had a major health problem until July 2015. That summer, he contracted a virus so severe that he had trouble even squeezing a toothpaste tube. While he ultimately recovered from that ailment, an electrocardiogram taken to help diagnose it revealed some abnormalities that led him to consult a cardiologist.

An EKG showed Kalmus had hypertrophic cardiomyopathy, or HCM. HCM is a genetic disease that thickens the heart wall and progressively decreases the amount of blood leaving the heart, resulting in abnormal rhythms or heart failure that can lead to sudden death. “I had never felt any symptoms and was very active when I was younger, playing baseball, flag football and other sports,” recalls Kalmus.

His doctor told him that his experience was not uncommon and that symptoms can vary. “Some people live their entire lives and don’t know they have it, like the young or professional athletes you hear about who exert themselves and die suddenly,” explains Kalmus. His cardiologist recommended that Kalmus see Srihari S. Naidu, MD, Director of the Hypertrophic Cardiomyopathy Program at Westchester Medical Center, the flagship of the Westchester Medical Center Health Network (WMCHealth) in Valhalla. Dr. Naidu is nationally recognized for his expertise in treating patients with this life-threatening condition.

“Some people live their entire lives and don’t know they have it, like the young or professional athletes you hear about who exert themselves and die suddenly.” – Gary Kalmus

By the time Kalmus was examined by Dr. Naidu in spring 2017, he was experiencing shortness of breath, discomfort while breathing and lightheadedness. An echocardiogram confirmed that he had the condition. It also showed that — like two-thirds of HCM patients — he had an obstruction in his heart. “As the blood tries to leave the heart, this obstruction caused by the abnormally thickened heart muscle can choke off the blood supply,” says Dr. Naidu. Open-heart surgery to physically remove the excess muscle was recommended.

Kalmus’ surgery was performed on September 12, 2017, by David Spielvogel, MD, Chief of Cardiothoracic Surgery, and Ramin Malekan, MD, cardiothoracic surgeon at Westchester Medical Center. Transesophageal echocardiograms (which capture images of the heart from inside the esophagus) administered by noninvasive cardiologist Tanya Dutta, MD, a specialist in echocardiography, helped guide the procedure. “It is very much a team approach,” emphasizes Dr. Spielvogel. All went well, and Kalmus was discharged from the hospital six days later. “Everything was explained to me in detail,” Kalmus recalls. “There were multiple people around to answer my questions, and everyone was nice, respectful and responsive.” 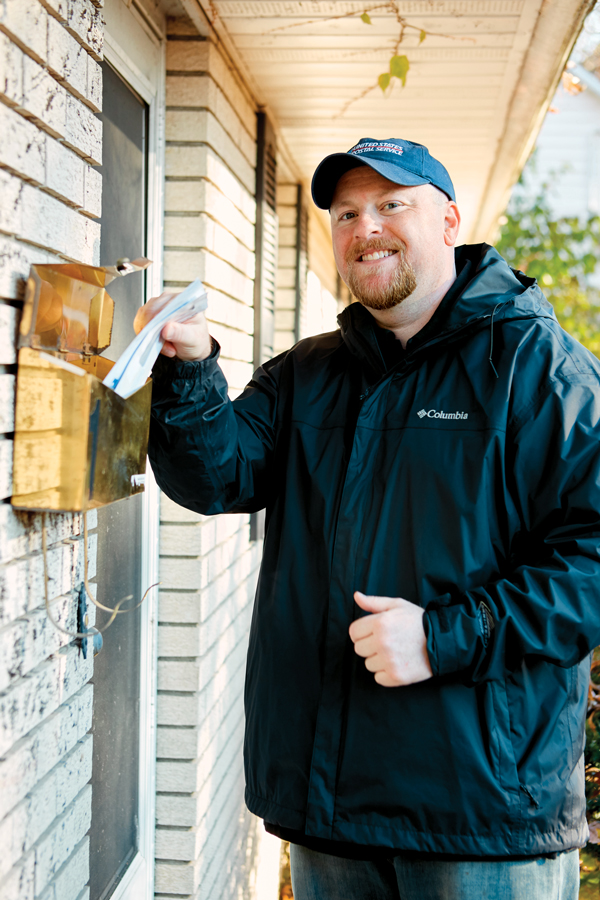 After recovering at home, Kalmus returned to his job in January 2018. “I’m great now and feel like I never had the condition. I have no shortness of breath and never really think about it,” he says. He does have a few restrictions, and he checks in with Dr. Naidu every six months. “The surgery fixed the symptoms, but I will always have the condition,” he says. “I can’t lift weights or do stop-and-go sports, like basketball or running.”

Dr. Spielvogel recommends other HCM patients consult a doctor specializing in this condition. “There are so many therapies now with which to treat it,” says Dr. Spielvogel. “The surgical therapy has matured, so now we are able to offer it to more patients with unusual types of the disease. It’s a very positive trend in the field.”

What You Need to Know About HCM

Cardiologist Srihari S. Naidu, MD, offers advice to thousands of individuals with HCM, as well as those at a higher risk for the condition.

How common is it?
It’s more common than previously thought, affecting about one person out of every 300. Due to increased awareness, advanced imaging and greater knowledge of genetics, we’re seeing much more frequent detection.

Can it be cured? While HCM can’t be cured, it can be managed so the patient feels as if he or she doesn’t have any disease. You can manage the disease and patients can live a productive, healthy life.

What happens to the heart in a patient with HCM? As the muscle grows thicker, the heart can’t fill to capacity and the blood can’t circulate properly because the heart is taking up more room. In addition, in some patients like Kalmus, the muscle also can obstruct blood from leaving the heart.

What do you recommend to those with HCM? See a specialist, preferably one at a national Center of Excellence recognized by the HCM Association, such as Westchester Medical Center. It can make the difference between whether you struggle with heart failure or have a procedure that’s transformative. After treatment, any medications, like beta blockers, usually can be significantly reduced.

What do you recommend for those with a family history of HCM? Have an echocardiogram starting at puberty every year until 20, then every three years after that.