What If We Only Ate Plants? 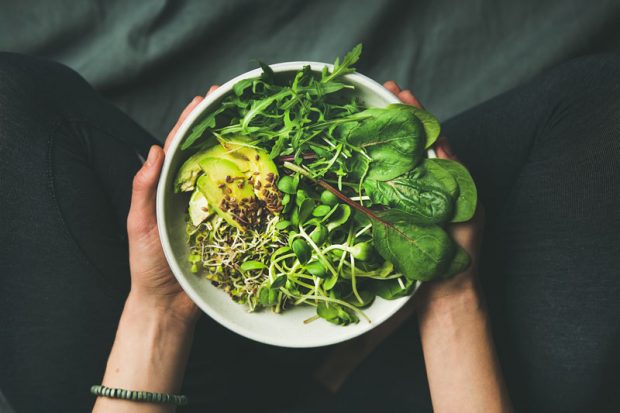 A Westchester Medical Center Health Network cardiologist weighs in on the health benefits and risks of a vegan diet.

Dozens of research studies from around the globe agree that a plant-based eating plan is the best way to prevent a host of diseases, including heart disease, the No. 1 killer in the U.S.

But is that enough? If a plant-based diet is good, is a plant-only diet even better? Would we and our cardiovascular systems be better served by following a strict vegetarian or even stricter vegan diet?

Not necessarily, says Syed Naqvi, MD, a cardiologist at HealthAlliance Hospital: Broadway Campus and MidHudson Regional Hospital, both members of the Westchester Medical Center Health Network (WMCHealth). Dr. Naqvi says the problem with a vegan diet is that it can be difficult to adhere to. “The vegan diet lacks some important nutrients, such as those found in animal products. Vitamin B12, for example, is necessary to produce red blood cells and prevent anemia, and it is critical for brain health, but most plant-based foods lack this important vitamin.”

Other critical nutrients that are less abundant in a strict, plant-only diet include: iron, an important component of red blood cells; zinc, which helps with cell division and the creation of proteins; and omega-3 fatty acids, which have a proven track record of keeping the heart and other organ systems healthy. While all of these may be added through supplements, they are never quite as effective as when they are delivered as natural nutrients from whole food.

Dr. Naqvi is a firm proponent of the Mediterranean-style diet. “It is not a completely vegetarian or vegan diet,” he says. “It favors fruits,

vegetables, beans and whole grains, and some fish, and it limits, but does not eliminate, meat, dairy products and sweets. Unlike some other eating plans, the Mediterranean diet includes more calories from healthy, plant-based fats, like nuts and olive oil. And, it allows for moderate consumption of wine, especially red wine, which helps in increasing good cholesterol [HDLs].” 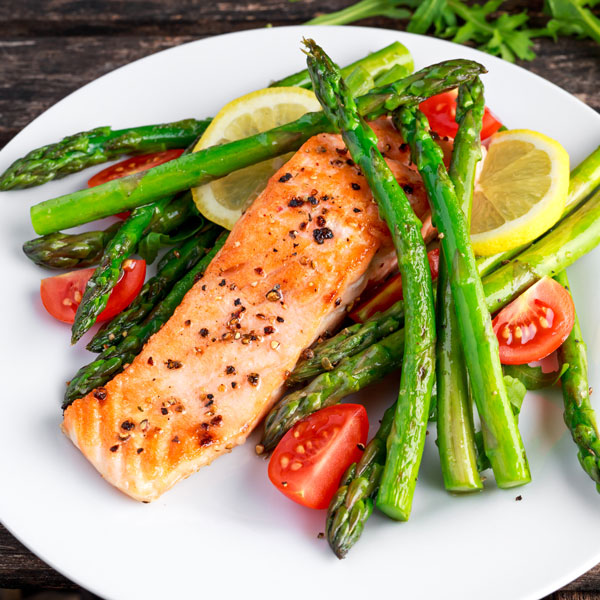 Fatty fish, like salmon, has omega-3 fatty acids, which can improve cholesterol.

Supporting Dr. Naqvi’s contention is a recent study in southern Europe, where people generally follow a Mediterranean-style diet. In the study, 15-year mortality rates were two to three times lower than in other areas, and “the contents of the diet were the reason why,” he says. Another study from California found that those who adhered to the Mediterranean diet had a decreased risk of stroke by 10 to 18 percent, while a third study showed a 28 to 30 percent reduction in risk of cardiovascular death, heart attack and stroke when the Mediterranean diet was compared with a basic low-fat diet.

That’s because three of the five major risk factors (high blood pressure, high cholesterol, diabetes, smoking and family history) for cardiovascular disease, or CVD, are related to diet, says Dr. Naqvi. “Studies show that one in three people will die of CVD, and the majority of those people are overweight or obese,” Dr. Naqvi says. The way to reduce risk for any disease is to reduce the risk factors, he says. In the case of heart disease, much of the risk can be reduced by eating well and losing weight. “Sugar and cholesterol are the two major problems,” he says. “Any diet that is low in cholesterol, saturated fats and sugar would be considered a generally healthy diet.”

Many eating regimens do that, by emphasizing fruits, vegetables and whole grains. Where they differ is in the amounts of red meat, seafood and animal products, like dairy, they allow. The Mediterranean plan includes seafood and a small amount of meat. Partial vegetarians may eat seafood, while full vegetarians exclude all meat and fish but include yogurt, cheese, milk, eggs, honey and other animal products. Vegans avoid any product derived from an animal.

While others may advocate stricter eating plans for heart health, the fact is, according to Dr. Naqvi, any plant-based diet is preferable to the typical Western diet. “When I see a patient whose cholesterol and blood pressure are mildly high, I encourage them to go on a diet first,” he says. In most cases, that is enough to improve those markers without the need for medications like antihypertensives and statins. “I want my patients to develop good eating habits. I want them to lose weight first. Diet, especially the Mediterranean diet, has been shown in all these studies to have value.”

To learn more about cardiology services at HealthAlliance Hospital, call 845.210.5600.

• Mostly plants: both vegetables and fruit.

• Fatty fish, like salmon, with lots of omega-3 fatty acids, to improve cholesterol.

• Little or no red meat. For protein, substitute beans, lentils and quinoa.

• Oatmeal. (“I routinely recommend oatmeal at breakfast instead of your Frosted Flakes,” Dr. Naqvi says. “Oatmeal has been shown to reduce LDLs, the bad form of cholesterol.”)

• Vegetable oils, like canola or olive oil, in place of lard or other oils.

• Whole grains instead of processed flour-based breads and pasta.

• Little or no processed foods, fried foods or added sugars.