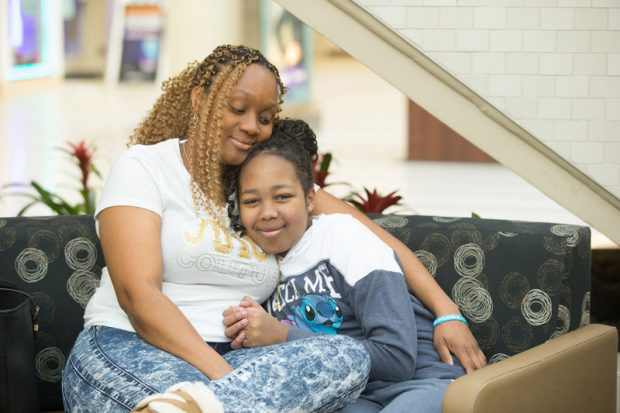 Alecia Turnbull knew she had to find her way back to Maria Fareri Children’s Hospital.

Nothing sidelines an active 11-year-old like a swollen ankle. Such was the case in December 2016, when Sheila-Anne Arline, a young dancer from Florida, had to sit out the holiday season with her middle school dance team.

“Her ankle swelled enormously, unbelievably,” recalls her mother, Alecia Turnbull. Having moved her family from New Windsor to Fort Lauderdale, FL,  six months earlier, Turnbull thought the swelling was due to Sheila-Anne’s contact with some bug-infested floodwater.

Then Sheila-Anne began to report stiffness and aches in her bones and joints. “Her shoulder rose up to her ears and wouldn’t go down,” Turnbull says. Her local children’s hospital diagnosed Sheila-Anne with lupus, an auto-immune disease in which the body begins to attack its own tissues and organs. In fact, Sheila-Anne’s kidneys were malfunctioning so much that her body began to retain significant amounts of water. The resulting arthritis and inflammation prompted Sheila’s doctors to prescribe aggressive steroids.

“The doctors there sent us home with medication,” says Turnbull. But instead of relieving Sheila-Anne’s swelling, the new medication caused a host of terrible side effects: abdominal pain, nausea and watery diarrhea.

“I tell my patients with lupus that it’s often triggered by accident and that the immune system is not able to turn itself off,” says Christine Hom, MD, pediatric rheumatologist at Maria Fareri Children’s Hospital, a member of the Westchester Medical Center Health Network (WMCHealth). She now serves on Sheila-Anne’s team of care providers. “This is an 11-year-old who was healthy and happy,  running around, going to school. All of a sudden, she has advanced kidney disease.”

Throughout the spring, every time Turnbull asserted that the medication was ineffective, her local doctors would either increase the dose or advise her to remain patient, she says.

Finally, when “she couldn’t even walk,” Turnbull had Sheila-Anne transferred to a hospital in Miami, where doctors suggested she begin a course of chemotherapy to help rein in her immune system.

Distressed at the notion of subjecting her daughter  to chemotherapy, Turnbull’s thoughts turned to Maria Fareri Children’s Hospital. There, Turnbull’s older son, now 19, had received life-saving brain surgery for hydrocephalus when he was just 6 months old.

“I decided: ‘We’re going back to Maria Fareri Children’s Hospital; we’re leaving,’” she says. “I was positive that Sheila-Anne would recover and get back to her life.”

In late June, Turnbull arrived back in New York with Sheila-Anne and her younger son, lugging several suitcases into the Emergency Department of Maria Fareri Children’s Hospital. Turnbull told the staff: “When you see Sheila-Anne’s  blood work, you’ll understand what’s going on.”

“She was debilitated when we met her,” Dr. Hom recalls. “She was unusually swollen and unable to take a few steps.”

“From all evidence, Sheila-Anne’s  prior treatments had failed,” Dr. Samsonov says. “She had severe side effects from steroids: a puffy face, joint pain, difficulty walking; increasing the doses was causing more harm than help. Plus, her kidney disease creates a challenge because membranous nephropathy often doesn’t respond promptly to treatment, and with most medications, side effects build up.” 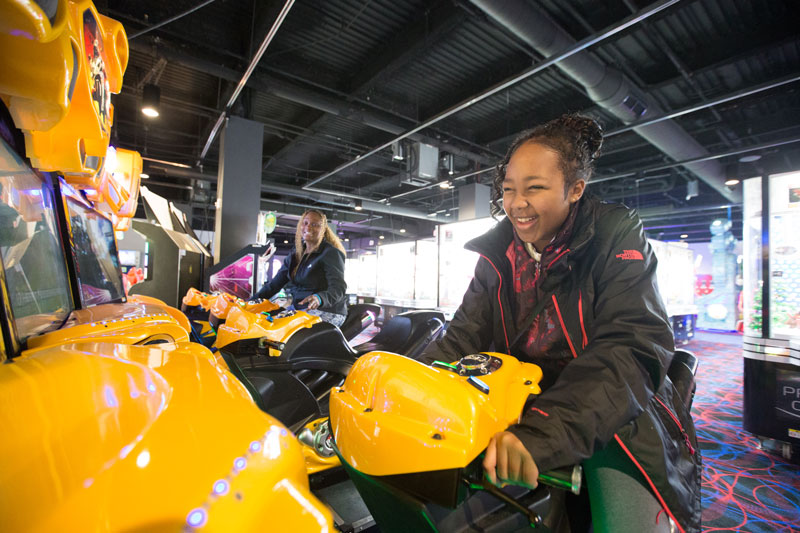 At one point, Sheila-Anne was so ill, she couldn’t walk. After being treated at Maria Fareri Children’s Hospital, she can walk, dance and play again.

In consultation with Dr. Hom, Dr. Samsonov changed Sheila-Anne’s  medication to tacrolimus, a medication that curbs overactivity in the immune system. Tacrolimus also is prescribed to organ-transplant recipients, to prevent rejection. He and Dr. Hom carefully adjusted her regimen of medications, including diuretics, to strike the optimal balance of addressing Sheila-Anne’s symptoms while limiting adverse effects.

After five days, Sheila-Anne was able to leave the hospital, starting physical therapy and consulting her doctors as an outpatient. A student at Marlboro Middle School, she turned 13 in February. Not only can Sheila-Anne move about freely, she has resumed the dancing she loves.

Dr. Samsonov says his ultimate goal is to wean her off steroids as much as possible and restore normal levels of protein in her urine. “Her edema has improved significantly,” he says. “She still has trace swelling, but nothing that interferes with daily life.”

“Within five days, her doctors had undone the damage of six months,” Turnbull says. “Packing our bags and coming back here was worth the whole nine yards. She’s alive and well.”

While Sheila-Anne will always live with lupus, her doctors say the right treatment will keep its effects at bay.

“She’s a very resilient child and a dream patient,” Dr. Hom says. “She asks more thoughtful questions than most adult patients do. She asks questions about her medications. We expect she’ll go on to have a good life.”

“My mom is like the best person,” says Sheila-Anne, who recently began dancing with the Newburgh Performing Arts Academy. “I was happy she moved us back because I missed my old friends.” Reflecting on her time at Maria Fareri Children’s Hospital, Sheila-Anne adds, “The doctors and nurses are really nice, and they give great care.”

0
How Can I “Spring Clean” My Diet?
Meet the First Babies Born in 2018 at WMCHealth Hospitals